On the 14th of September the “Naval backstop” was taken by “C” Company of the 175th Infantry Regiment.

To do so, the men attacked northward from the rear, meeting small arms fire. The taking of the “Naval backstop” by the Americans was through a number of strongly defended positions taken outside of Recouvrance by the 29th Infantry Division and by the attached 5th Rangers numbering more than fifteen!

The beginning of the end

The 16th of September 1944 will be the beginning of street fighting’s in the suburbs of Recouvrance. Then started the final assault toward the Penfeld River and the bluffs overlooking the Submarine pens and base on the South of the town.

Kriegsmarine U-boats pens and base

The outskirts of the town were attacked by the remainder of the 116th and 115th Infantry Regiments, the 5th Rangers were besieging the Fort de Portzic, the last medieval Fort to defend Brest.

Some elements of the 5th Rangers were attached to the 115th Infantry Regiment.

On September 16th, 1944 at 10:00 hours, the 1st and 3rd Battalions of the 115th Infantry Regiment attacked toward Recouvrance meeting heavy German fire. The attack was stopped at 12:00 hours. Both battalions resumed their attack:

The 116th Infantry Regiment attacked South, with its 2nd and 3rd Battalions abreast in a column of companies meeting light resistance during the street fighting.

At the East of Recouvrance, the 175th Infantry Regiment took position along the old city wall (which was one of the enemy’s main defense), which stretched along the West bank of the Penfeld river. The 1st Battalion was engaged in “house cleaning” fighting. The old walls were not too much defended, the men of 175th Infantry Regiment passed it at 19:00 hours thanks to breaches and undefended tunnels. The 3rd Battalion who spent the early part of the day fighting near the firing range, attacked toward the old walls in the afternoon and established contact with the men of the 2nd Battalion.

Steady progress was made on the 17th of September toward the submarine pens, but the Germans were still fighting, well hidden in the houses. The 175th Infantry Regiment continued mopping up inside the city walls, the other two regiment and the 2nd Rangers were engaged in fighting “house per house”.

The 115th Infantry Regiment which had encountered many pillboxes and fortified houses didn’t succeed in reaching the waterfront, as for the 5th Rangers they were still outside of Fort de Portzic.

During the night of the 17th to 18th September 1944, to prevent the Germans from escaping by sea to the Crozon Peninsula, the men of the 116th Infantry Regiment decided to shot light flares at thirty minutes intervals.

It was going to be the final days of the German occupation at Brest and their final line of defense.

The German soldiers who were in the submarine pens fired at the men of the 116th Infantry Regiment with mortars.

During the night one U.S medical officer entered inside a German hospital taken by the Americans, was told that some German had broken into the liquor supplies for a final fling.

"They were all drunk" he said, "patients and everybody else, and they were wandering up and down the halls singing and having a swell time. It looked like a fraternity house party after a football game!" (Source from several reports of Division headquarters) 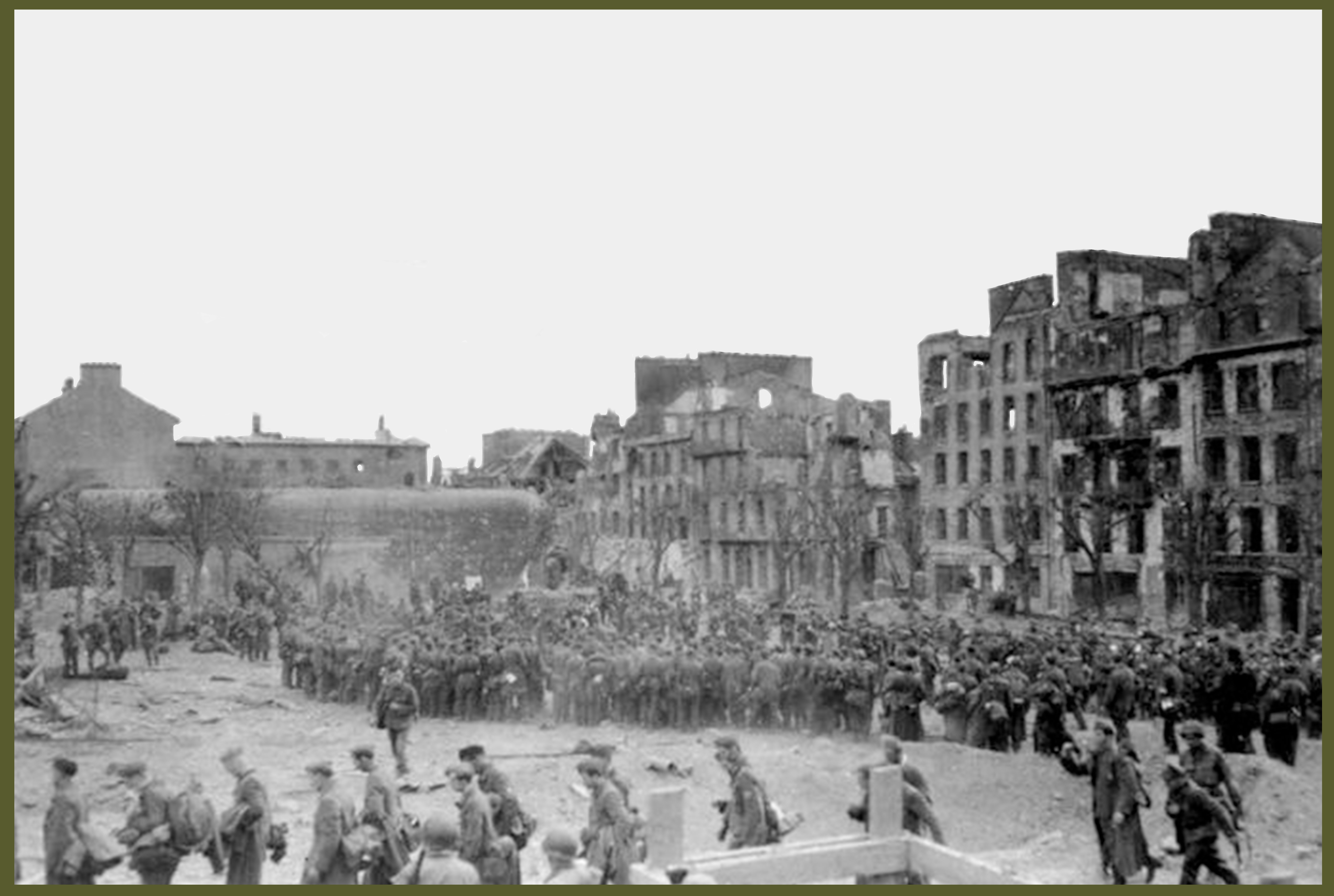 On the morning of the 18th of September, the first German elements started to surrender to the men of the 115th Infantry Regiment.

After the surrender the submarine pens were jammed with German equipment’s, cars, horses, trucks, motorcycles……

The submarine pens at the western end of the base were nearly completed, only one shell was needed to destroy them. The base also included fully protected offices, workshops, storerooms and living quarters all connected by passageways. The Germans said they had suffered from a shortage of water but the food supplies were sufficient.... Bottles of rum, wine, champagne and cognac were found everywhere in the base, each position was full of empty bottles!

After the end of the Campaign of Brest, General Charles Hunter Gerhardt told his headquarter officer that he was well satisfied with the work of the Division. The 29th Infantry Division moved to the area of Le Conquet Peninsula and reverted to the 1st US Army.