To ensure the safety of our guests, our team members are fully vaccinated for COVID-19. 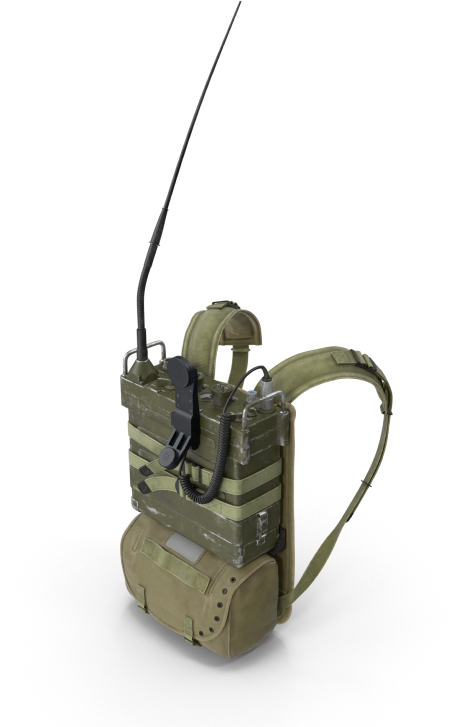 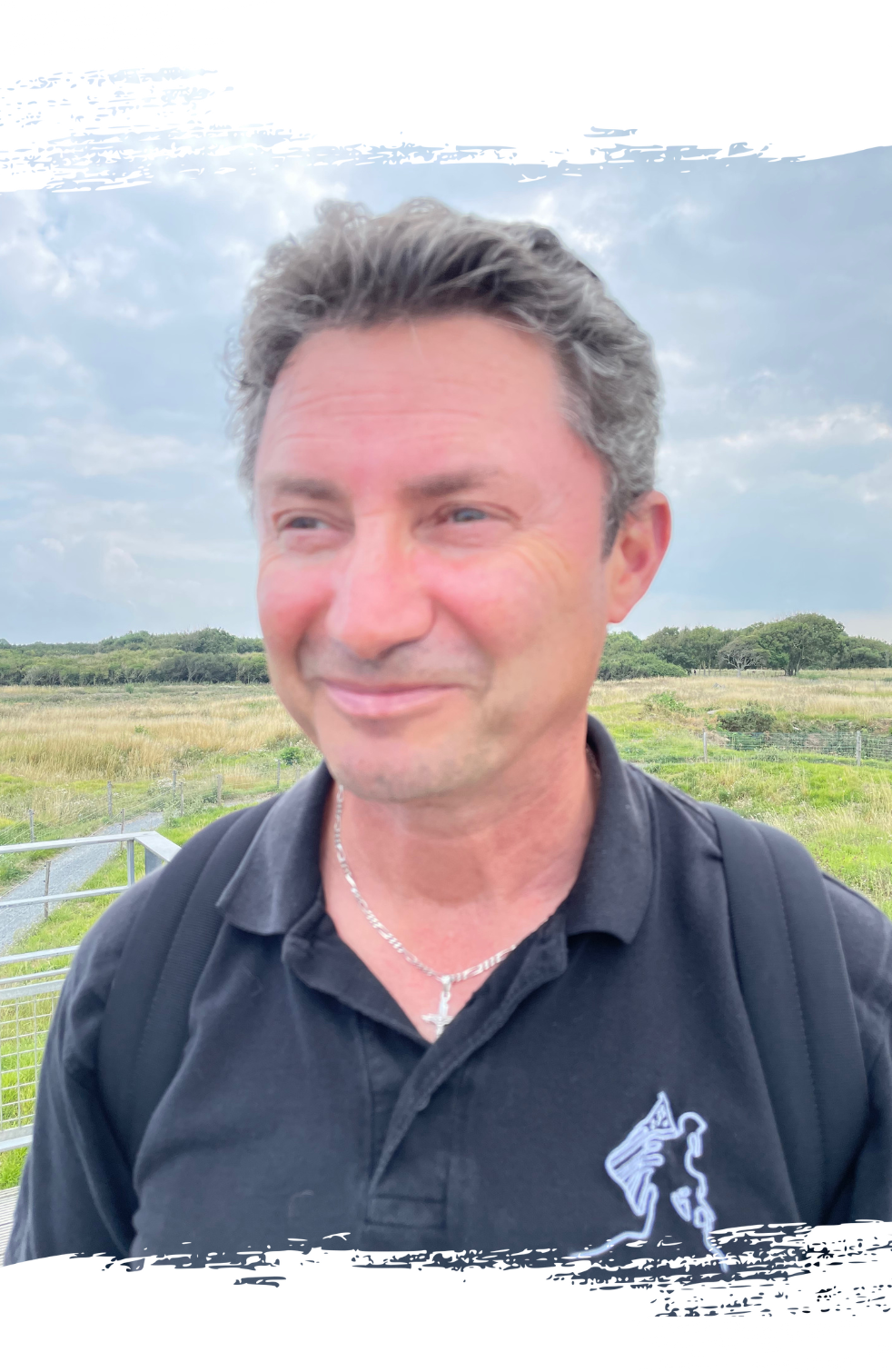 Specialist of the American Normandy campaign and beyond, I am the only Interpretive Guide who has worked both for the Normandy American Cemetery/La Pointe du Hoc & Utah beach museum.

Since 2015 I have had the honor three times to be the Master of Ceremony of the International Commemorations at Utah Beach and once for the renowned Tour de France!

My passion for history was sparked by my father's passion of history and culture as we traveled worldwide.

After a successful international career with Halliburton Energy Services, I decided to put my business experience to work toward something that truly inspires me.

I chose to create my own company, Normandy American Heroes that would pay homage to those who fought and suffered during the Second World War, to honor the sacrifices made and educate younger generations on the meaning of courage, competence and devotion to duty.

As you now understand, historical tours mean a lot more than business to me, I see them as a bridge between Europe, the US and its allies and a lesson we all must learn from. Moreover it represents an honorable passion.

People need to perceive how Europe was before, during and after World War II.

Make your European Tour a memorable event that you will cherish all you life! 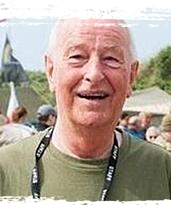 I have spent many years researching the links between American forces and the west of England during World War II following, by chance, a discovery of American wartime constructions hidden in coastal sand dunes. I uncovered the forgotten history of the U.S. Army Assault Training Center where troops trained for their spearhead role upon the beaches of Normandy. This information resulted in several books and DVDs chronicling the ATC history, lectures at Sandhurst Royal Military Academy and TV documentary appearances.

Several American units asked me to write their wartime histories, their battles for Normandy and throughout Europe, the detailed knowledge gained prompting me to work as a battlefield guide in Normandy and across Europe.

I am delighted to be associated with Normandy American Heroes who offer the only tour ever to show the D-Day training grounds of thousands of American heroes. 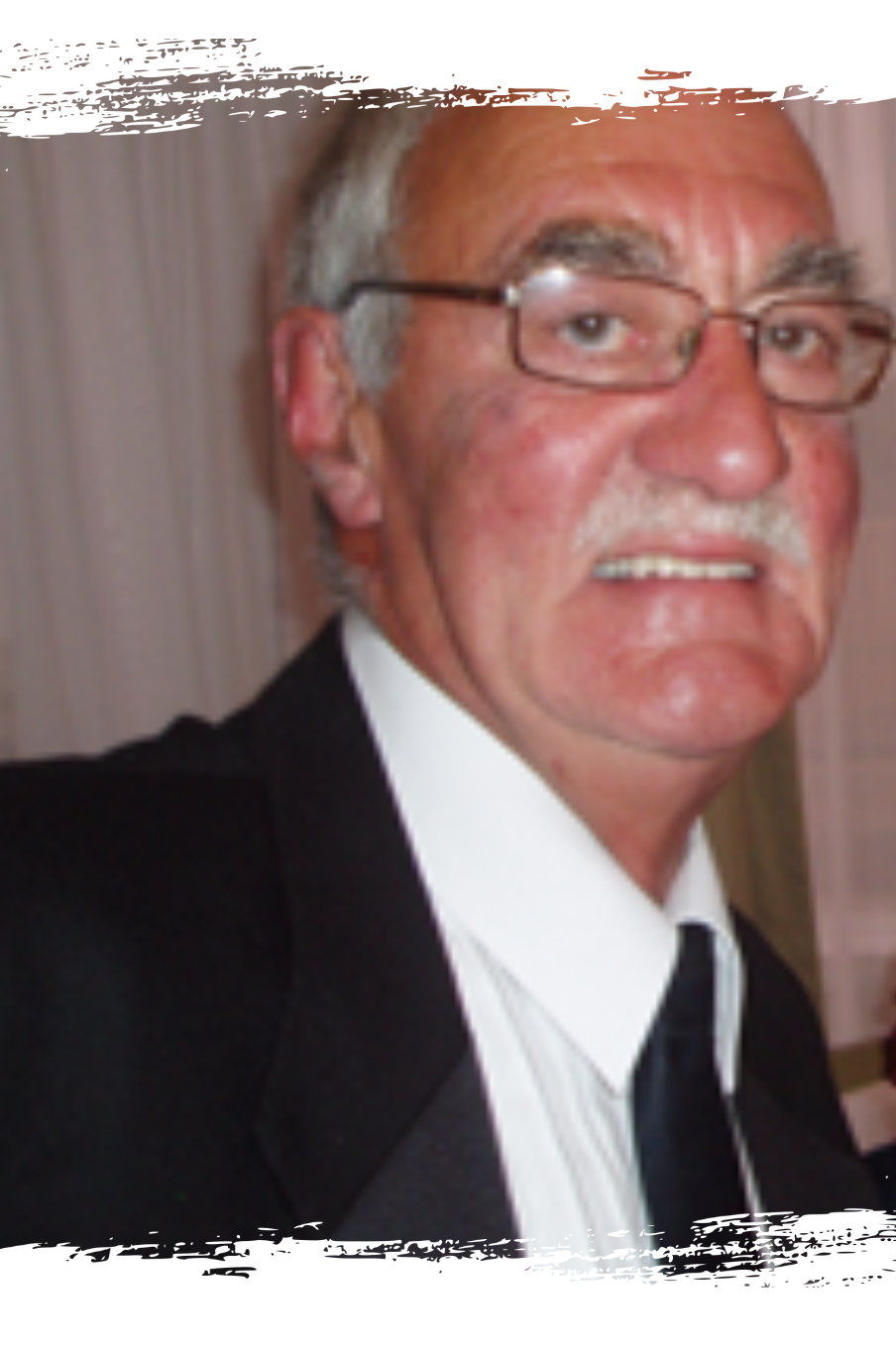 In 1962, Paul Rayner BEM enlisted in the British Army and served in the Corps of Royal Military Police from 1964 until 1984 as both a regular Professional Soldier which resulted in him serving in Australia, Far East, Middle East,  NW Europe, Northern Ireland and in both the USA and Canada. In 1985, he was awarded the British Empire Medal in the Queens New Year’s Honours awards. He then continued his Military service in the Military Reserve until 1999.

He became interested in WW 2 aspects whilst serving in Berlin in the early 70s during the Cold War and viewing aspects of the Third Reich and Hitler’s bunker on tours of East Berlin.

His interest extended to the Atlantic Wall in 1976 whilst motoring through Northern France en route from Germany to the UK, and since then has conducted extensive research via hundreds of visitations to the fortifications stretching from Dunkirk along the French coast to St Malo.

In 2009, he worked as a Battlefield tour guide covering such topics as D Day, landings, Atlantic Wall, Italian Campaign, Eagles Nest, Nuremberg, Dunkirk, Dieppe, Ardennes Offensive, Battle of Berlin, and Berlin during the Cold War. to name but a few, expending both his knowledge and personal military experiences to WW2 enthusiastic clients.

He has continued to conduct research on WW2 topics as well as occasional private military tours of both Berlin and Normandy. Having known Rudy since 2013  when “Normandy Heroes” was initiated, Paul is privileged and honoured to be asked to be associated with the Normandy Heroes team as an adviser with his knowledge and experience of WW 2 historic aspects. 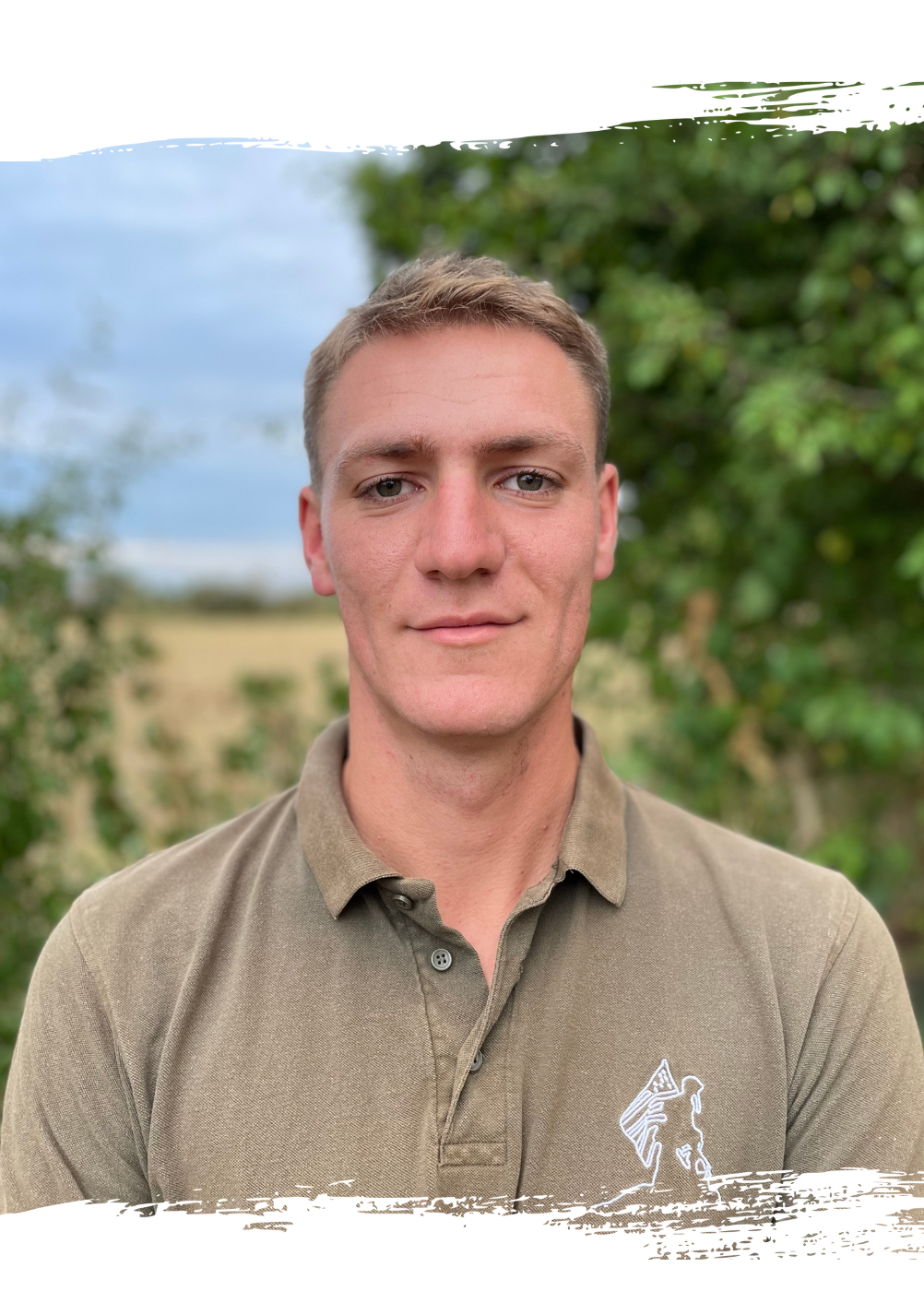 I was born in Château-Thierry in the vicinity of Belleau Woods where the famed 4th Marine Brigade fought in WWI. My passion for History started when I was a boy during my first Memorial Day at the Aisne-Marne American Cemetery in 2002 where my father took me.

A former trainee of the WW1 Meaux Museum, I chose to move to Normandy to live my passion for WW2 through my studies and my work. I'm proud to say that Normandy American Heroes is giving me the opportunity to fulfill my passion.

Over the years, through meetings with US Marines and WW2 Veterans in Europe my passion has continued to grow. This is the reason why I want to dedicate my life to honor and never forget those who sacrificed their lives for our freedom. My vocation is to be able to share and pass on their stories to the younger generation, lest we forget. 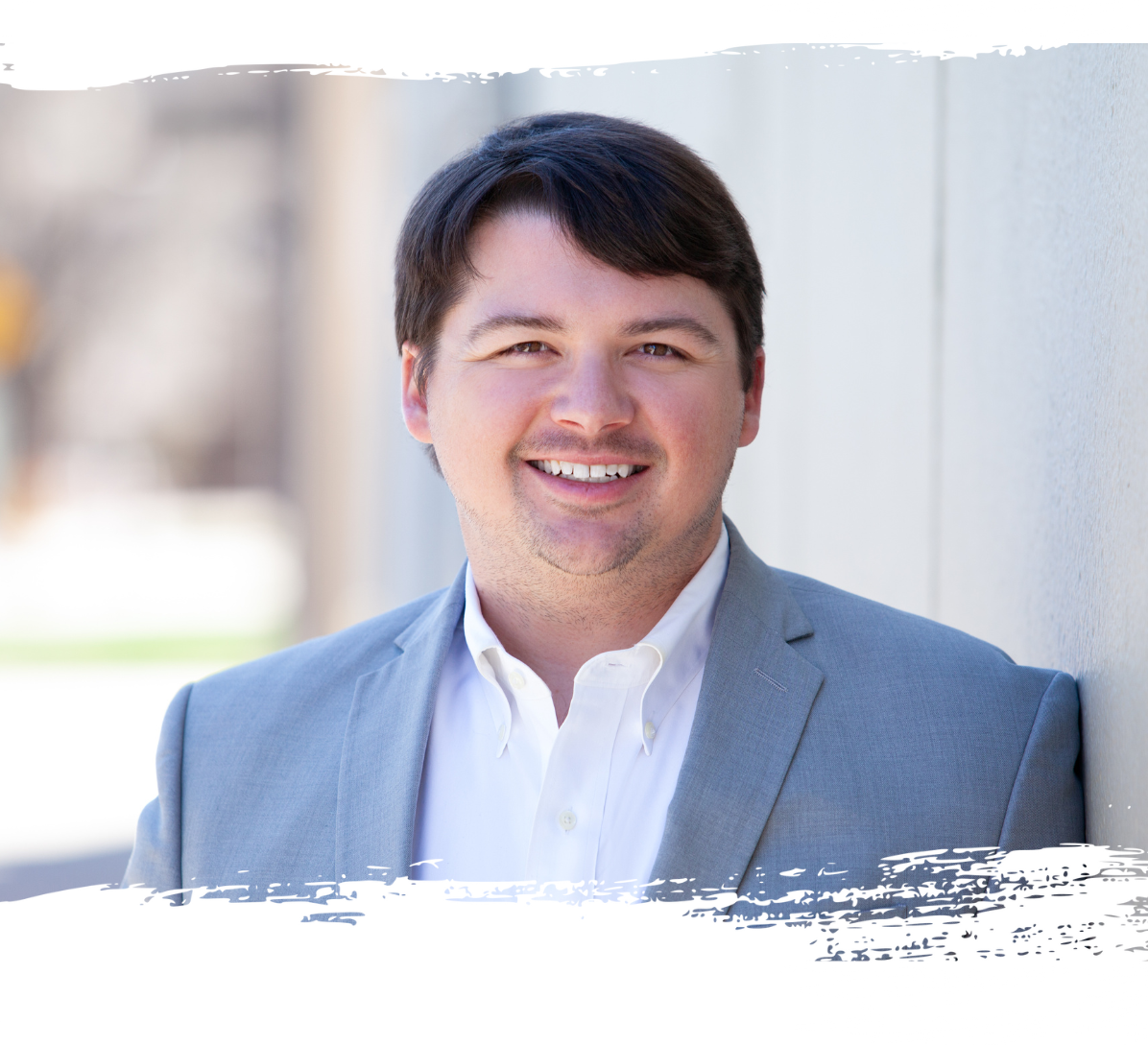 I was born and raised in Baton Rouge, Louisiana and grew up with a keen interest in World War II and history in general. My father, brother, and both of my grandfathers all share the same passion. So needless to say, there was always an opportunity to discuss the war, America’s role in it, and the sacrifice so many had to make to ensure our freedom in Europe and North America.

For much of my 20s I found myself working in various travel related roles in Europe and of course traveling across the continent . As a tour guide in Prague, Czech Republic, between 2015 and 2020, I specialized in World War II history tours and was able to further exercise my passion for history. From 2018 to 2020, I was fortunate enough to use my knowledge of European Travel and World War II history to work for an ambitious startup company. I personally  specialized in planning custom, private tours for Americans that were interested in visiting the many sites and battlefields that the continent has to offer.

Following the Covid 19 Pandemic, and with the travel industry “on pause,” I decided to return to the United States, settling in Colorado. After taking some time away from the industry, I joined Normandy American Heroes in early 2022. Since then, I’ve loved advising and planning tours for our clients through Normandy and all across Europe!

Are you ready for the trip of a lifetime?

"Every five star review written on Trip Advisor is correct - Rudy’s tours really are that good. Time for a mea culpa - I’m really picky. I mean really picky. The amount of vacation time granted in the US is shameful and I want the tiny amount of time we do get to be perfect - there’s just not enough time for a do over. I can’t find one fault from our time with Rudy. It was simply the best. After reading the Trip Advisor reviews we sent Rudy an e-mail asking for an in depth tour of Normandy. We explained that we’re both WWII history buffs and really want to understand what the Allies went through. Rudy wrote back almost instantly and advised that we needed a minimum of two full days to hit the highlights. Rudy explained why two days (or even longer) is necessary - distance to cover, number of things to see, etc. Rudy picked us up at our Normandy B&B on the first day and headed to Brecourt Manor where we were able to speak one of the longtime owners whose Grandfather and Father operated Brecourt during the occupation. The pictures, stories, and walk down a hedge lined road to the gun battery placement started to bring into perspective just how horrible these hedge rows were for the Allies and the advantage they gave the Germans. Seeing it on countless documentaries, reading about it in several books, it’s hard to realize the magnitude without being there. Rudy takes you to places off the beaten path that I’m sure aren’t even on other tour companies radars. You’ll pull over to the side of the road, get out, walk a bit, and Rudy will take out his iPad, show a picture of a soldier or soldiers and engulf you in a story of what happened to those very soldiers in the spot that you’re standing in. It brings it all to a whole new reality. Rudy’s stories are wonderful, unbiased, and captivating. The time spent at Point du Hoc, Omaha, and Utah beaches was just amazing. Rudy never rushes you - he knows where to send you and stays back giving time to really reflect and attempt to put yourself in the shoes of the soldiers. It’s sobering, to say the least. Our time at the American Cemetery was so educational. I learned things that still have me in awe now one month later...and am not ashamed to say that the tears flowed when taps was played in the evening as the flag was lowered. Take a tour with Rudy - it is worth every penny. Rudy’s sense of humor, stories, outlook, and being an all around great guy make for a wonderful trip. If you are a true WWII history buff don’t waste anymore time looking. Book with Rudy. We will be back for another tour."