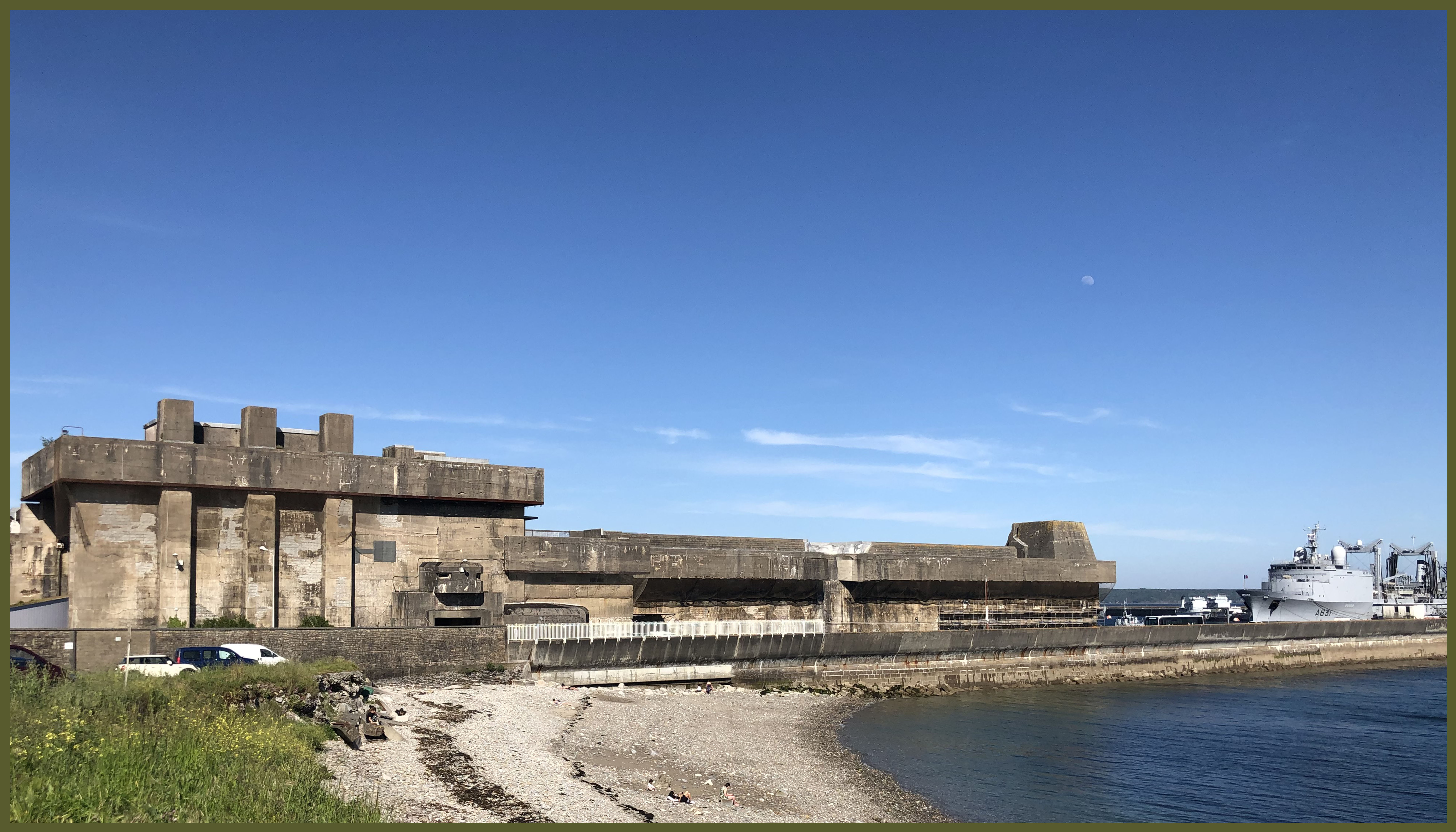 The taking of Fort Montbarey

To defend the Fort of Montbarey, the Germans added 20mm guns with rifle positions along a sunken road. Mines were brought in on the northside and barbed wires with minefields were buried.

The Fort itself had its own natural defenses, it was surrounded by a grove of trees . It was from French construction with earth filled masonry walls 40 feet thick and surrounded by a moat 15 feet deep.

When the 1st Battalion of the 116th Infantry Regiment went into battle to seize the Fort of Montbarey on the 15th of September, it had already been four days since the attack was launched.

The attack of the Fort began on September 11th, 1944 at midnight with the 2nd Battalion of the 115th Infantry Regiment was located on the East of the Fort while the 1st Battalion was southwest of it.

At 00:00 hours there was no evidence of the enemy presence at the fort but the Americans were unable to organize it as a defensive position due to the heavy German fire falling on it. During the night around two hundred Germans took advantage of the darkness to reoccupy the fort.

Before engaging in battle, the men of the 116th Infantry Regiment had been trained in flame throwing tactics with B Squadron of the 141st Regiment Royal Armoured Corps, a unit attached to the 29th Division on September 12th, 1944.

The tactic of envelopment was almost finish late afternoon. All of the area was mined and the Engineers under smoke cover had to create a path for the tanks and the men, but mostly the purpose of clearing a path was to prepare positions from which the flame throwing tanks could burn down the Fort. The Engineer were under continuous sniper fire, twelve of their men were killed on the 15th of September. This will be the heaviest casualties for the Engineer operations around Fort Montbarey.

The flame throwing tanks were placed in firing position on the 16th of September at 08:00 hours and did their job!

Around 13:00 hours the entrance to the Fort was still blocked by obstacles, but the tanks flamed the fort until the last drop of fuel.

Major Tom Dallas ordered to pull up a 105mm Howitzer gun in front of the entrance of the tunnel to finish the job. In view of the ferocity of the cannon, three Germans came out of it with a white flag saying: “If you don’t stop that cannon fire, the inside walls of the fort will collapse.”, Major Tom Dallas replied: “I intend to blow you to hell”

The Engineer were getting ready to blow up the tunnel but the work took longer than planned due to the small gap (breach caused by the tanks). Once the explosives were ready “B” Company of the 116th Infantry regiment prepared itself for the assault and covered the Engineers during the withdraw. All of the men around the fort were ordered to move back 300 yards.

One soldier told Major Tom Dallas: “We are ready now”. Major Dallas’s answer was unequivocal “Then blow them to hell”. The taking of Fort Keranroux

Fort Keranroux had the same purpose as Fort Montbarey, defend Brest from an attack inland.

The 175th Infantry Regiment had broken through the enemy outposts which sole purpose was to defend the Recouvrance district near the Ilioc farm.

During the night of the 11th to 12th of September 1944, the men advanced toward the Fort, approaching it by the West.

At 14:00 hours on September 14th, the men were exactly 800 yards from the Fort. During the previous night, the men had carried the lines ahead two kilometers. The attack of the Fort was scheduled at 17:30 hours but due to the German artillery the attack was postponed. Companies “E” and “F” took advantage of the smoke and withdrew two hours later.

In the morning, it was discovered that all the battalion positions to the Fort were covered with barbed wire, bomb craters. To make matters worse, enemy pillboxes dominated completely the open ground, but during the night white phosphorus shells were delivered on the Germans to prevent them to strengthen their positions.

At 10:30 hours the 2nd Battalion prepared itself to attack with the support of “A” Company  of the 86th Chemical Battalion.

Companies “E” and “F” were brought on the ground for the assault.

At 13:45 hours everyone was ready and the mortars started to provide smoke screen for a good 45 minutes.

While the smoke screen was building up, 1st Lieutenant Carl A. Hobbs and Captain Joe R. Stewart ordered both companies to attack.

The men received light flurry of small arms fire but reached the fort in fifteen minutes or so.“G” Company was brought from the rear to the line of departure once “E” and “F” companies were in the fort. 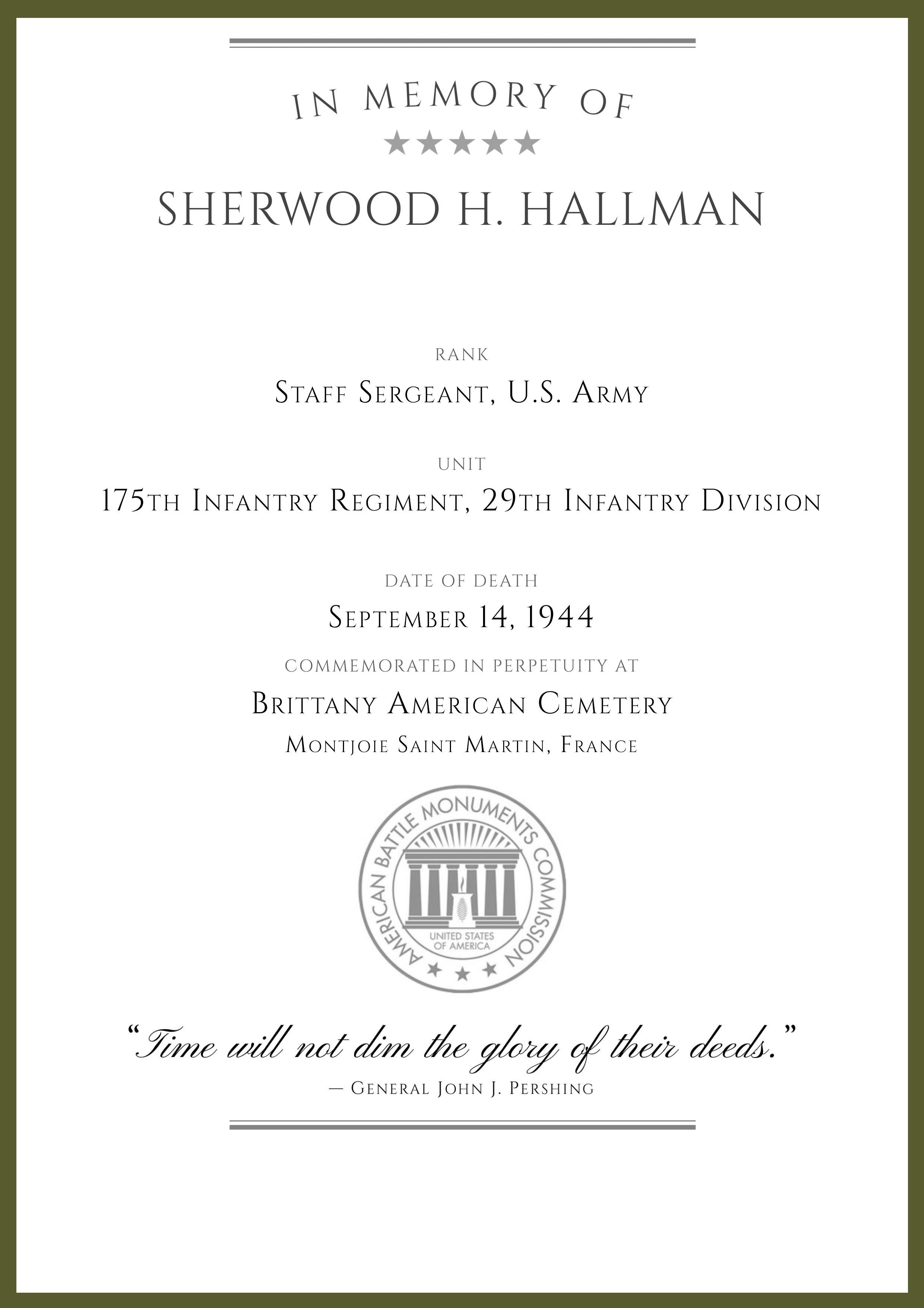 For conspicuous gallantry and intrepidity at risk of his life above and beyond the call of duty. On 13 September 1944, in Brittany, France, the 2d Battalion in its attack on the fortified city of Brest was held up by a strongly defended enemy position which had prevented its advance despite repeated attacks extending over a 3-day period. Finally, Company F advanced to within several hundred yards of the enemy position but was again halted by intense fire. Realizing that the position must be neutralized without delay, S/Sgt. Hallman ordered his squad to cover his movements with fire while he advanced alone to a point from which he could make the assault. Without hesitating, S/Sgt. Hallman leaped over a hedgerow into a sunken road, the central point of the German defenses which was known to contain an enemy machine-gun position and at least 30 enemy riflemen.

Firing his carbine and hurling grenades, S/Sgt. Hallman, unassisted, killed or wounded 4 of the enemy, then ordered the remainder to surrender. Immediately, 12 of the enemy surrendered and the position was shortly secured by the remainder of his company. Seeing the surrender of this position, about 75 of the enemy in the vicinity surrendered, yielding a defensive organization which the battalion with heavy supporting fires had been unable to take. This single heroic act on the part of S/Sgt. Hallman resulted in the immediate advance of the entire battalion for a distance of 2,000 yards to a position from which Fort Keranroux was captured later the same day. S/Sgt. Hallman's fighting determination and intrepidity in battle exemplify the highest tradition of the U.S. Armed Forces. 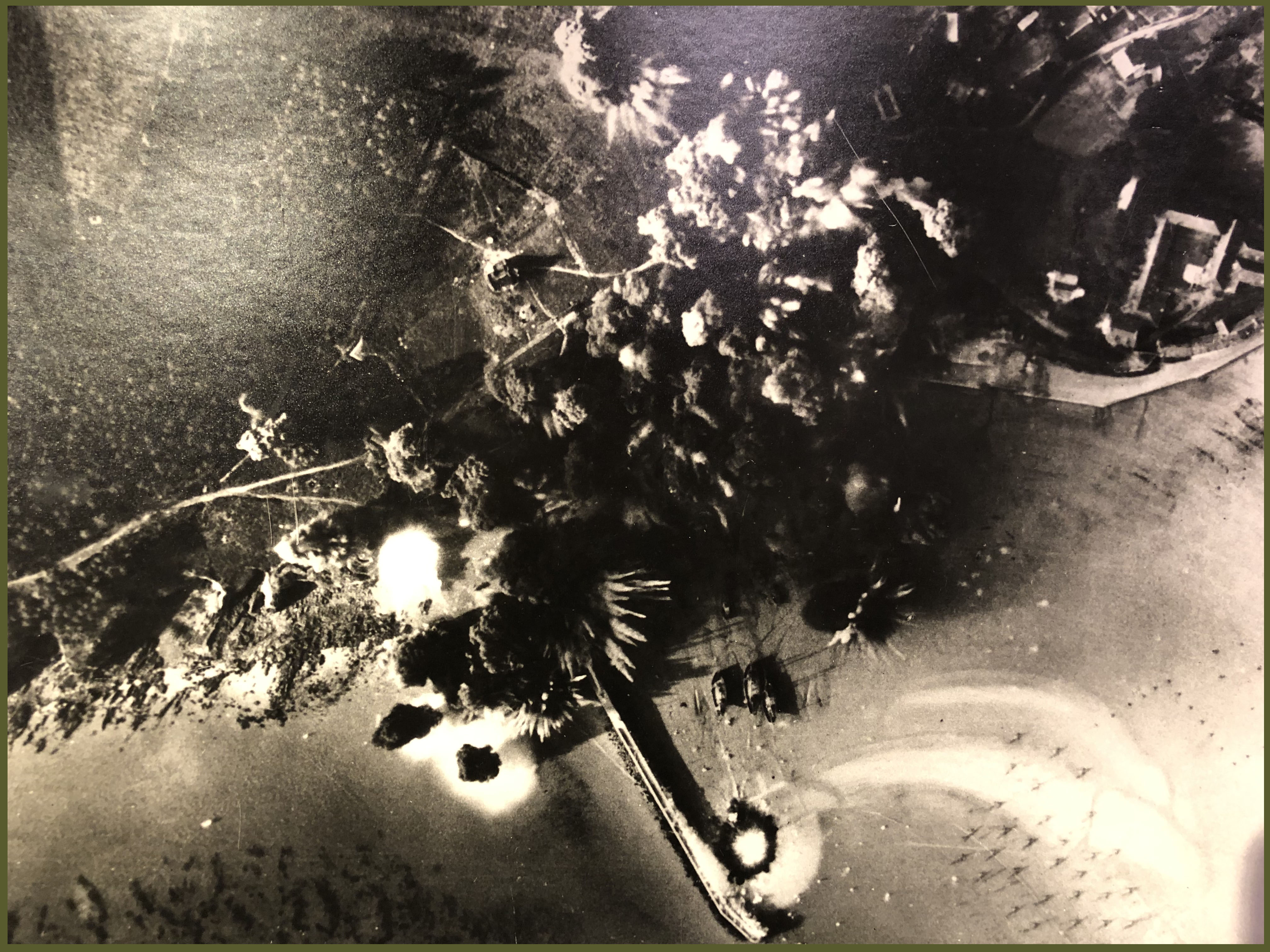 The siege began on August 7th , 1944. The port and city of Brest had already suffered 480 air attacks, 165 of which were murderous and not destructive!

First with the British battleship HMS Warspite, then by air with the RAF and the 9th USAAF and finally by land with the VIII Corps of the American Army without forgetting a squadron of English tanks.

It was during the terrifying night of September 8th – 9th that the Said-Carnot shelter will explode. Unlike the shelter of Saint-Lo in Normandy, at least 350 civilians will die and an estimated 600 Germans as well.

At the end of the siege, on September 18th , 1944, 30,000 tons of bombs and hundreds of thousands of shells will have been dropped on the city of Brest!

Unlike Cherbourg harbor, the ports of Brittany destroyed by the Germans and Allies will be unusable until the end of World War II...!