The Bastard Brigade oN D-DAY OF General Cota

Born on May 30th 1893 in Chelsea, Massachusetts, Norman Daniel Cota was the "Deputy General", Assistant Division Commander of the 29th Infantry Division on D-Day.

He joined the Military School of West Point on June 1913. From March 1941 to June 1942 he was officer G-2 then G-3 in the 1st Infantry Division. He was then promoted as Headquarter chief until February 1943. After Operation Husky in Sicilia, he was promoted "General one star" and sent to England where he was an advisor in the preparation of D-Day. He was named  "Deputy General" of the 29th Infantry Division. 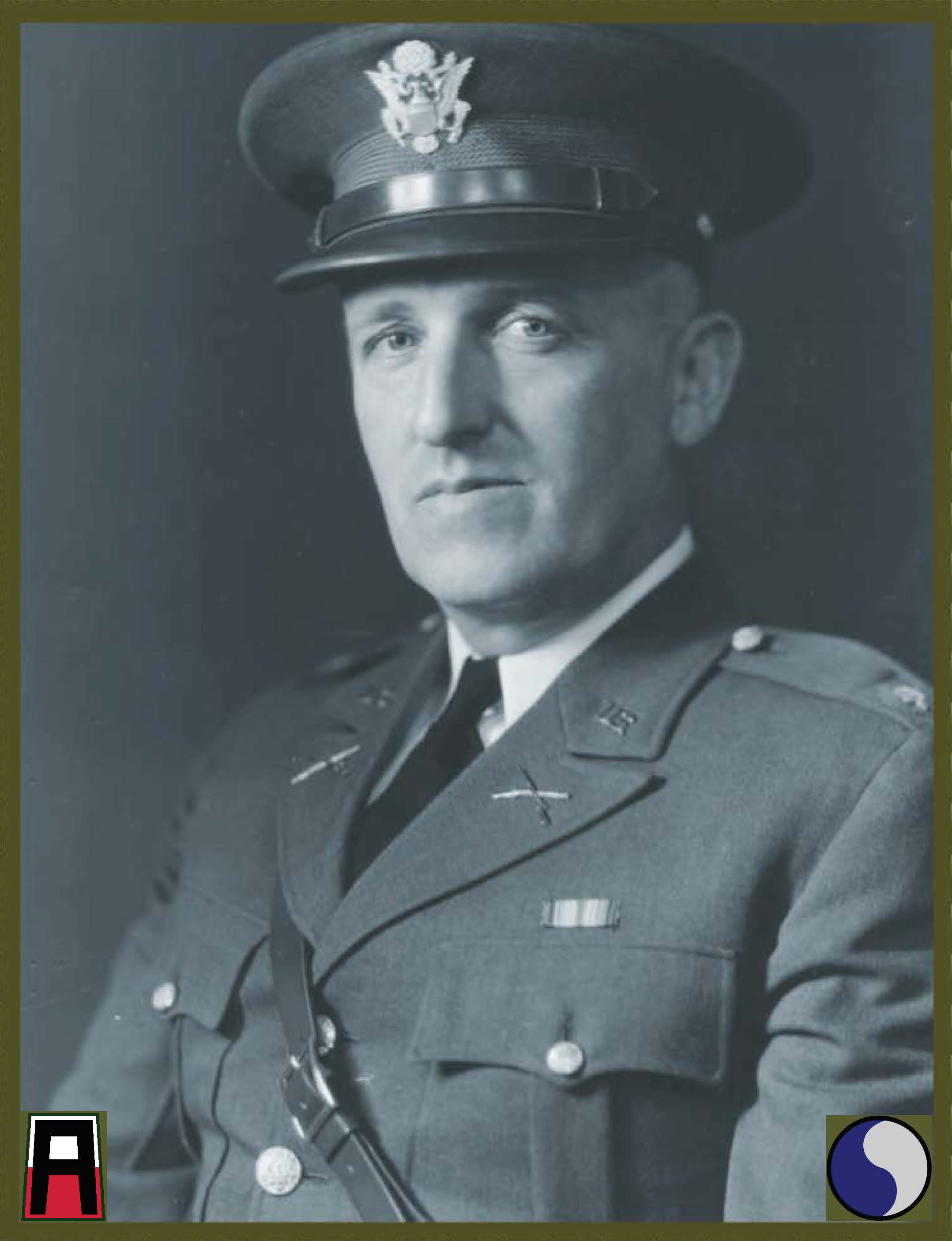 General Cota knew, thanks to his experience, that the landing would be a hard task. Contrary to the main plan, Cota suggested to land at night. Why?

- The aerial bombardment will not effectively neutralize all the enemy positions.

- The beach, no matter what, will be fouled-up in any case. Darkness will not substantially alter the percentage of accuracy in beaching, not enough to off-set the handicaps of a daylight assault.

- It will aid us in no way except to light up the whole scene, providing the enemy with better targets.

- Psychologically, the enemy will not be as well prepared to fight us during the hours of darkness.

His plan was regarded as a too radical change, so the English and American forces refused it.

On D-Day Cota’s provisional headquarters, also known as the “Bastard Brigade”, was subordinate of the 29th Infantry’s headquarters.

On the  5th of June 1944, during the crossing of the English Channel all officers of the “Bastard Brigade” were aboard of the USS Charles Carroll (APA-28), precisely in the war room reviewing again and again each phases of the operation.

General Cota’s main concern was that he wanted his officers to know exactly the plan by heart. The last meeting took place at 02:00 pm, and all realized it was the final review of the plan. At the end, General Cota addressed his officers: “This is different from any of the other exercises that you have had so far…… The landing crafts aren’t going in on schedule and people are going to be landed in the wrong place. Some won’t be landed at all…. The enemy will try, and will have some success, in preventing our gaining… But we must improvise, carry on, not lose our heads….You are my staff, my staff are my tools..”. 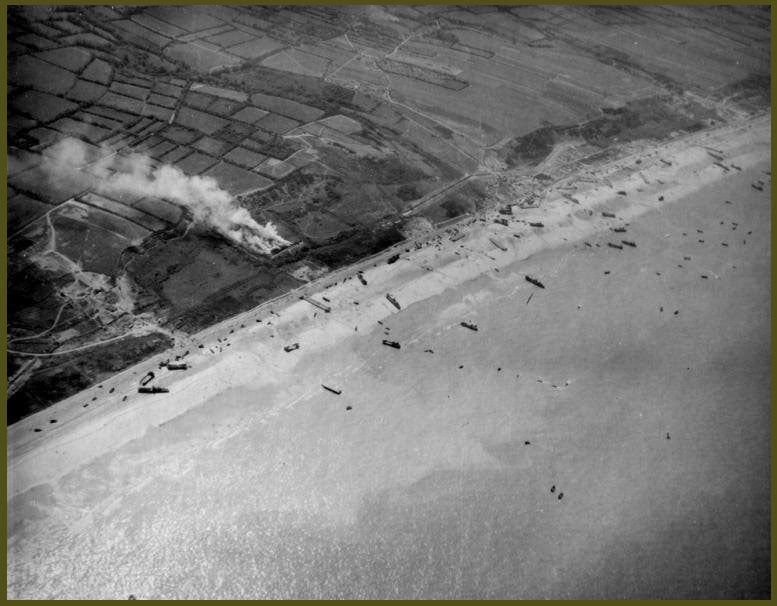 LCVP #71 06:00 am: the "Bastard Brigade" met its first enemies. While the men descended the cargo net, slung starboard due to the heavy waves and strong winds, the tiny landing craft bucked and plunged in the choppy swells. On its way to shore, the landing craft, still due to the rough sea, was driven against the beach obstacles. One third of the obstacles had mines wired to the face of the timber that faced seaward. The coxswain known as "Feliciano" stopped the engine before beaching; the LCVP #71 was swept against one of these obstacles. Fortunately the mine didn't explode, thus the coxswain restarted the engine and continued its way to shore. Note: Normally, the obstacles were to be destroyed by the 146th Special Underwater Demolition Battalion, commanded by Lieutenant Colonel O'Neil, but the Engineers landed 2000 yards too far East of their objective.

Landing on Dog White at 07:30 am, the ramp of the LCVP #71 went down. Small arms fire were received. Judging from the sound, men thought it was rifles and machine guns fire. The only possible cover for the men was the smoke made by the Duplex Drive Amphibious Tank of "C" Company of the 743rd Tank Battalion. All troops were held at the seawall by the German fire coming from foxholes and strongpoints. Around 80 - 100 men were gathered and tried to hide themselves from the enemy fire.

The men of all units on the beach were hopelessly jumbled:

The most active men at that precise moment were the Medics, they were running everywhere to help their "Band of Brothers".

Colonel  Charles Draper William Canham and General Cota decided to reconnoiter, Cota on the right of the beach and Canham on the left to find an exit.

During his reconnaissance Colonel Canham was shot by a bullet and refused to be evacuated. General Cota found a section at the seawall, he ordered them to set up their machine gun "Browning 1919" and to fire on the cliff as a covering fire to allow the rest of the section to use a "Bangalore torpedo" to explode the barbed wire. Having blown a gap in the wire, General Cota decided to take advantage of the partial smoke screen caused by the grass burning near the base of the bluffs, it was probably the only chance for them to breakthrough and get the "hell" out of the beach. The first man who crossed the gap was killed! General Cota then crossed it and his men followed him. The troops were crumbling under the cliff and stopped, General Cota went ahead of them to urge them to move as quickly as they could.

General Cota decided to go back to the Vierville-sur-Mer crossroads and convince Colonel Canham that the 1st Battalion of the 116th Infantry Regiment should push on toward inland to help the Rangers seize La Pointe de la Percée and help the other Rangers at La Pointe du Hoc.

General Cota was concerned by the absence of the tanks which were supposed to destroy the seawall and breakthrough Exit 1 of Vierville-sur-Mer. The DD Tanks of "B" Company of the 743rd Tank Battalion were positioned at 80 yards intervals East of Exit 1 due to the intense fire which coming from the crest of the bluffs.

General Cota ordered Lieutenant McAllister and Major Olson to find engineers to destroy the anti-tank wall. He also asked Colonel Chase from the 6th Engineer Special Brigade: " Can you blow up the anti-tank wall ? " " We can sir, just as soon as the infantry cleans out these pillboxes around here. " " I came down just through there, there is nothing to speak of there, get to it ".

Colonel Chase didn't have any TNT with him because the Navy failed to bring some. So General Cota showed him a bulldozer which had 20 cases of it: "Use that" said Cota. General Cota then, called a Captain telling him to organize the troops which were stuck on the beach to move out. He then saw a second bulldozer, decided to go there and found soldiers around it: "Who drives this things ? " said General Cota. He had no answer. " Well can anyone drives this thing ? ". The men just looked around at each other. " Well can anyone drive the damn thing ? They need TNT down at the exit. I just came through there from the rear. Nothing but a few riflemen on the cliff, and they are being cleaned up. Hasn't anyone got the guts to drive it down ? "  One soldier came out of the group and said " I'll do it ". Cota slapped him on the back " That is the stuff ".

Around 14:30 - 15:00 pm the first elements of the 175th Infantry Regiment were on the outskirts of Saint-Laurent-sur-Mer.

The soldiers had to wait until midday to liberate Vierville-sur-Mer led by General Cota....