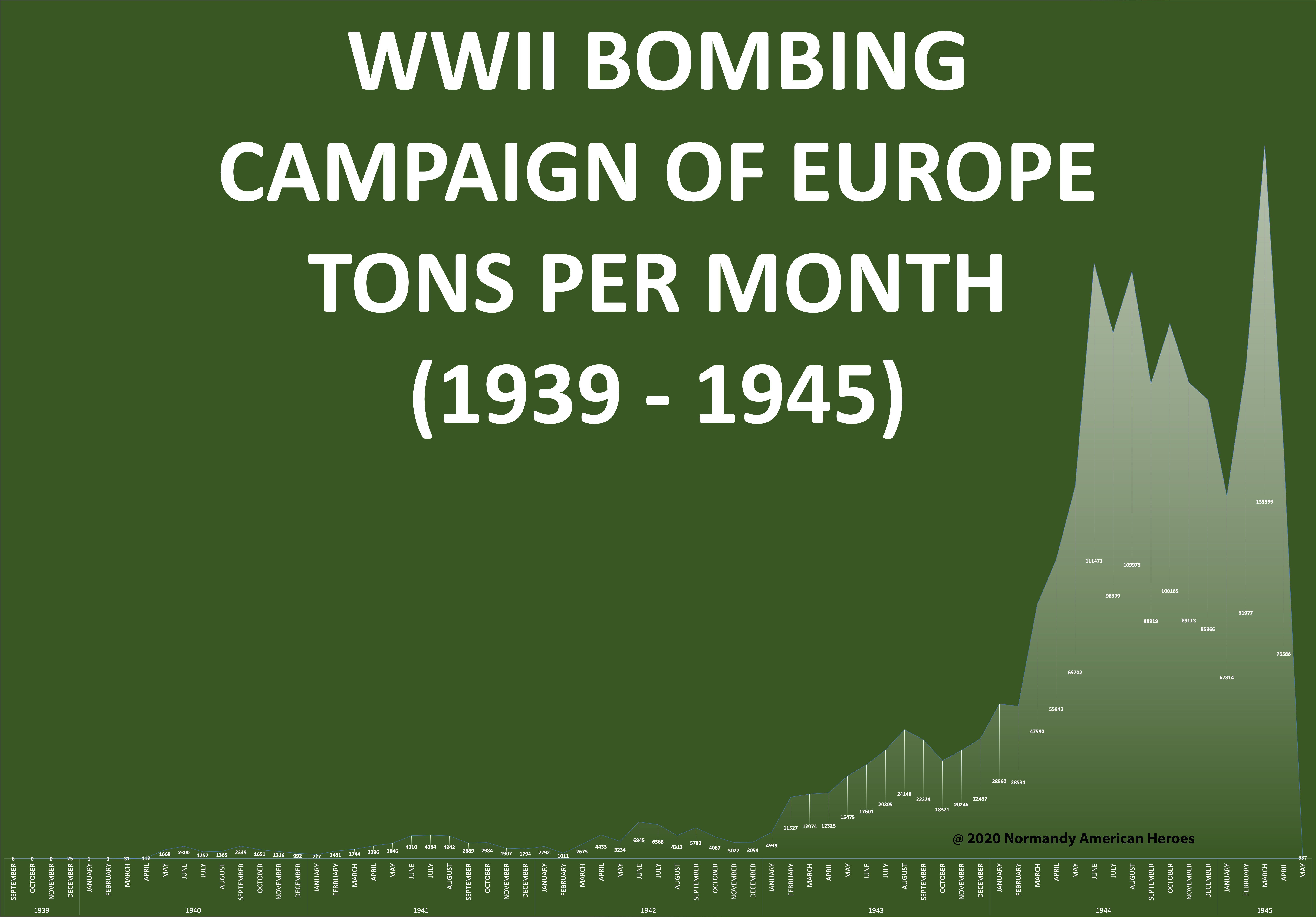 On January 30th, 1941, Adolf Hitler gives a speech at the Berlin Sportpalast for the 8th anniversary of the Nazis' coming to power.

Hitler will declare that any ship carrying aid to England within the range of German U-boats will be torpedoed. He also warned the United States that if anyone on the American continent tried to interfere in the European conflict, Germany's war aims would quickly change!

“… We go into the new year with a fighting force armed as never before in our German history. The number of our divisions on land has been enormously increased. Pay has been increased, the gigantic unique experience of war among the leaders and the file has been put to use. The equipment has been improved-our enemies will see how it has been improved. In the spring our U-boat war will begin at sea, and they will notice that we have not been. And the Air Force will play its part and the entire armed forces will force the decision by hook or by crook. Our production has increased enormously in all spheres. What others are planning we have achieved. The German people follows its leadership with determination, confident in its armed forces and ready to bear what fate demands. The year 1941 will be, I am convinced, the historical year of a great European New Order. The program could not be anything else than the opening up of the world for all, the breaking down of individual privileges, the breaking of the tyranny of certain peoples, and better still, of their financial autocrats…”

The RAF attacks Lorient, Saint-Nazaire, Brest and other ports in an attempt to destroy the German U-boats, which have been sinking ships on their way to the United Kingdom

Between February 1941 and March 1945, a total of 5,288 aircraft were produced in various types. Due to its critical flying characteristics - one of the them was the necessity for the very high landing approach speed of 150 mph - the first types were prone to accidents and she was then given the name 'Widow Maker'. Pilots refused to test fly it, and ladies for a while will replace the men!

After adaptation of the wingspan and rudder and due to better pilot training the accident rate dropped drastically and pilots then called her “a dream to fly!”

Operating in all theaters of the war, but mainly in Europe she gained a very good reputation and was used to bomb Utah beach and La Pointe du Hoc on D-Day in Normandy – France.

The "Marauder" ended World War II with the lowest loss rate of any US bomber. 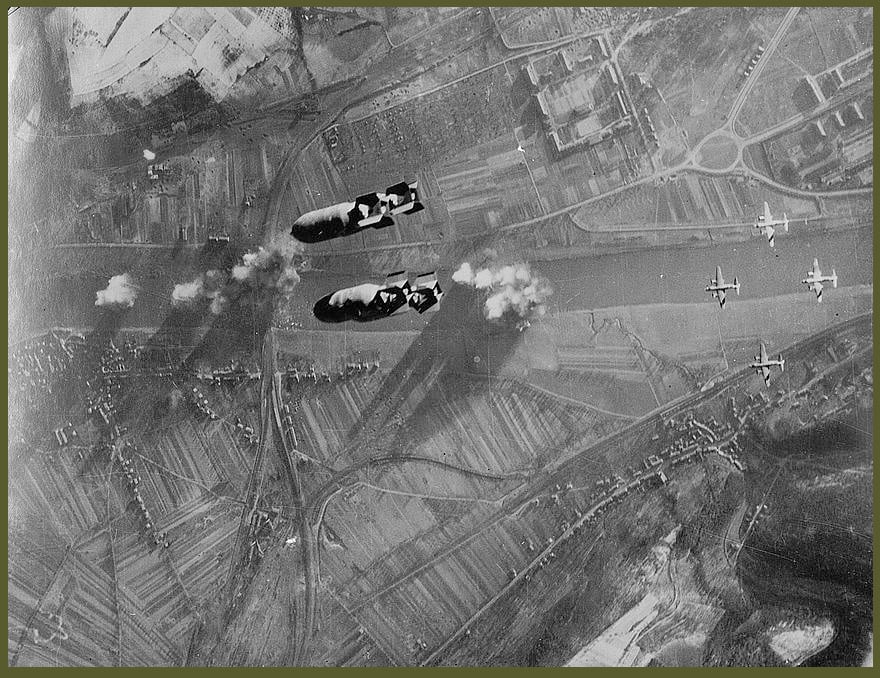 The bomb had especially thin casings that allowed them to contain approximately ¾ of their weight in explosive! The safety height above ground for dropping a “cookie” was 6,000 feet (1,800 meters); any lower and the dropping aircraft risked being damaged by the explosion’s atmospheric shock wave.

For the first strike on Emden, it was the Wellington planes who carried the bombs but later will become part of the standard load of the RAF heavy night bombers.

The last “cookie” discovered unexploded was on April 8th, 2018 in Paderborn, Germany where 26,400 civilians had to be evacuated in a radius of 1.5 km, before being defused. 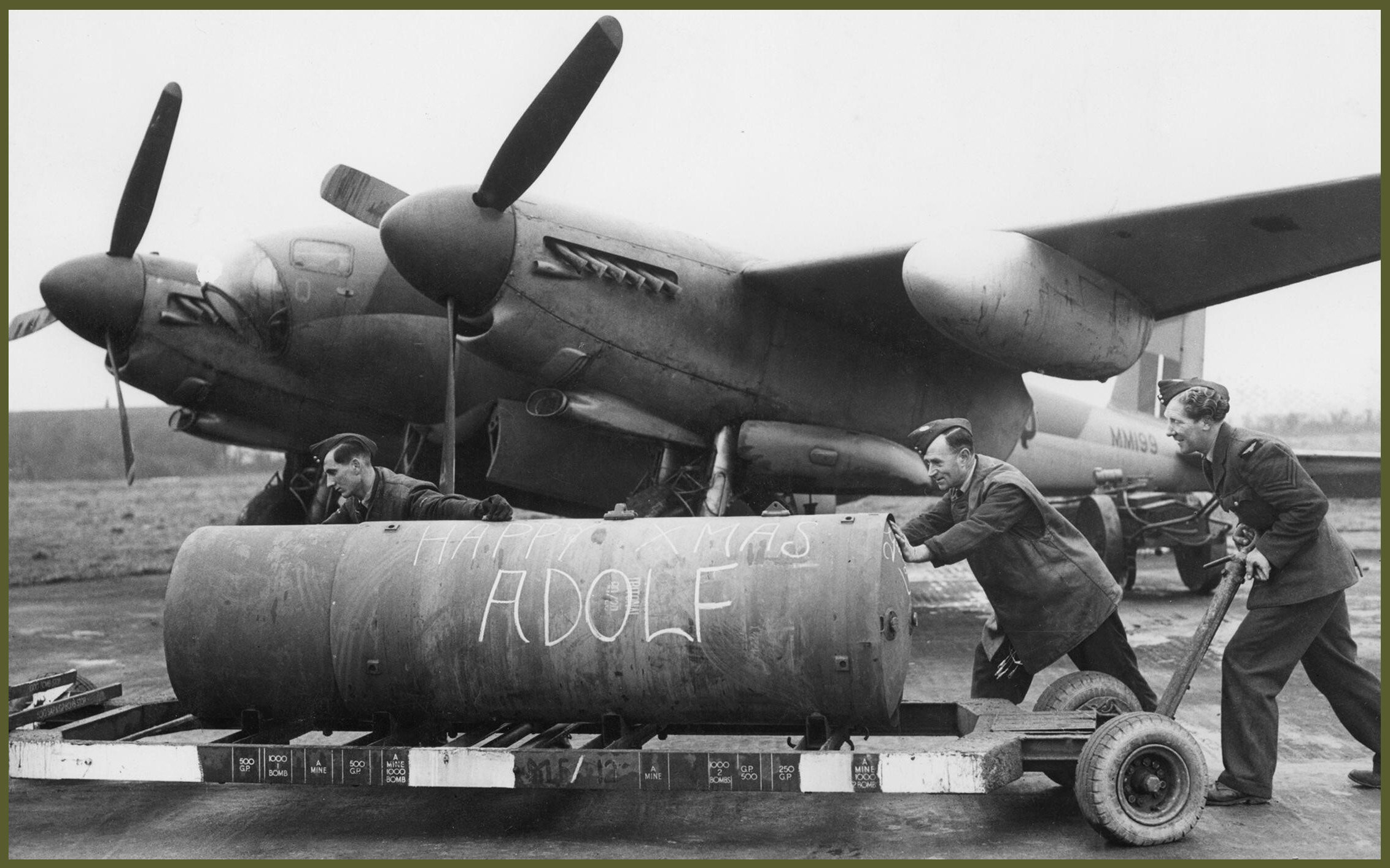 The British Commonwealth Air Training Plan (BCATP) was Canada’s greatest contribution to the war effort in WWII. Because of its vast size, proximity to American factories, easy access to fuel and distance from the violence of the fighting, Canada was chosen as the location for training airmen.

The first schools were established in April 1941. Training was provided for pilots, observers, bombers, wireless operators, gunners, navigators and mechanics.

The battle raging in the United Kingdom prompted Canada to build 8,076 planes, including the North American Harvard, the Avro Anson and the Tiger Moth.

When the classes ended in March 1945; 2,367 people had lost their lives in Canada, not just during practice flights, but also during non-military activities. 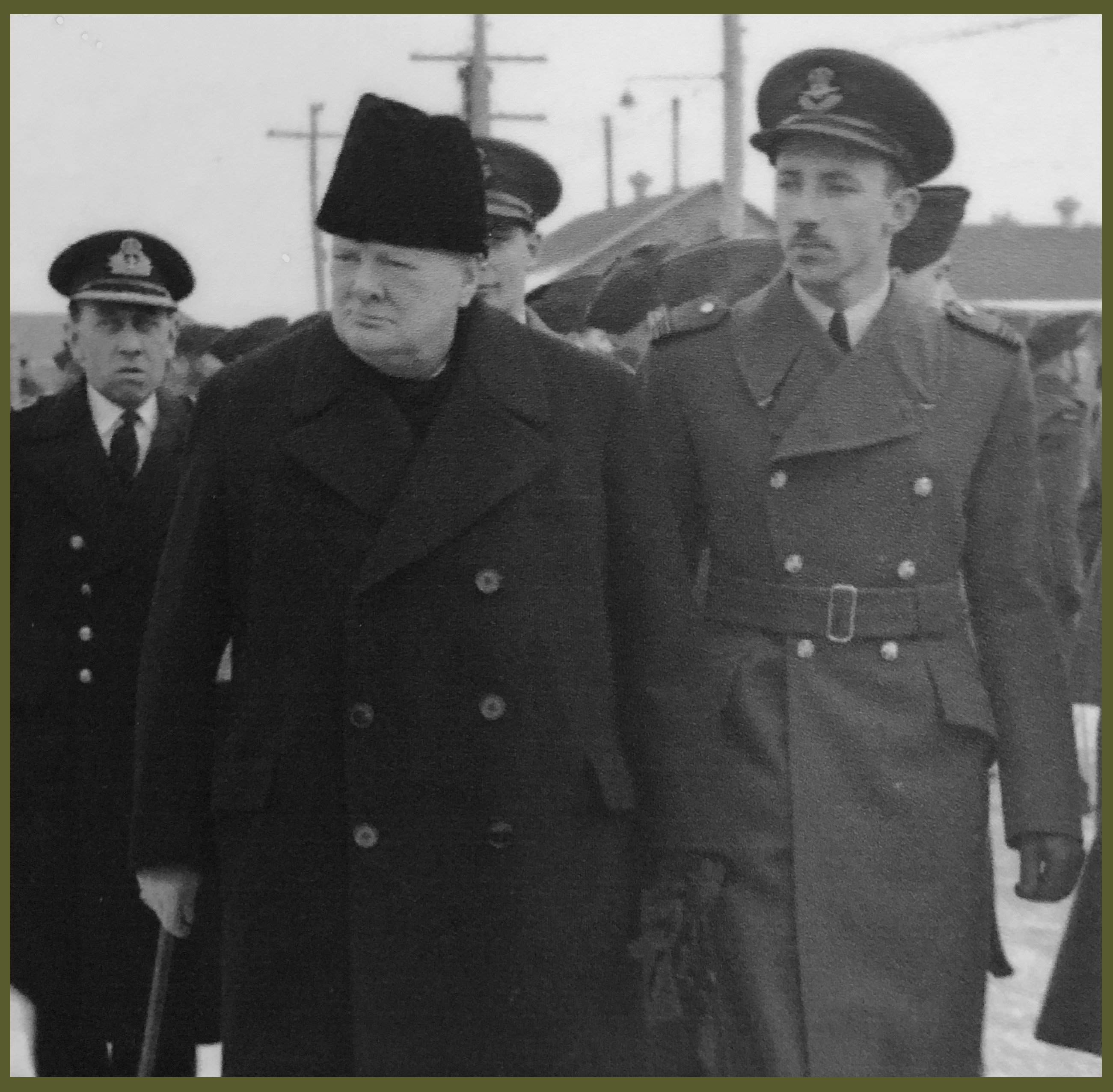 The longest blitz air raid by the Luftwaffe on London took place May 10th, 1941 killing approximately 2500 civilians and destroying 11,000 houses.

June 22nd, 1941, the Third Reich invades the Soviet Union, in the opening phase of Operation Barbarossa. The Luftwaffe achieved with speed and lightning air superiority by destroying approximately 2,000 Soviet planes.

The RAF, as of July 1941, carries out bombing raids on German cities: Frankfurt, Hamburg, Berlin, Kiel, Cologne and Nuremberg are all heavily targeted

Confrontations with German U-boats escalated with attacks on American ships in the Fall of 1941.

In October 1941, a German submarine torpedoed and sank the destroyer USS Reuben James.

Coxswain Harold Britt joined the Navy in November 1939. A crew-member of the USS Reuben James, Harold Britt was on board when a German U-boat torpedoed the ship off Iceland on October 31st, 1941.

The impact ignited the ship’s magazine, causing a massive explosion that ripped off the bow.

The USS Reuben James went down within minutes, becoming the 1st US vessel sunk in World War II. Harold Britt perished along with 114 other crew-members and is listed on the Wall of the Missing at the Cambridge American Cemetery. 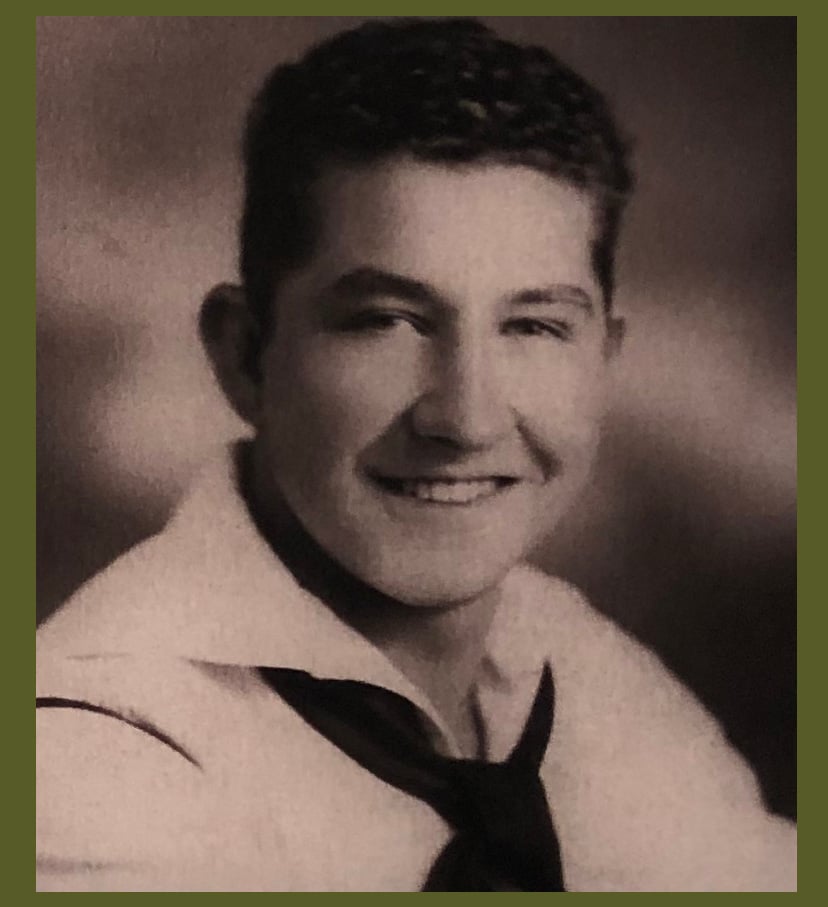 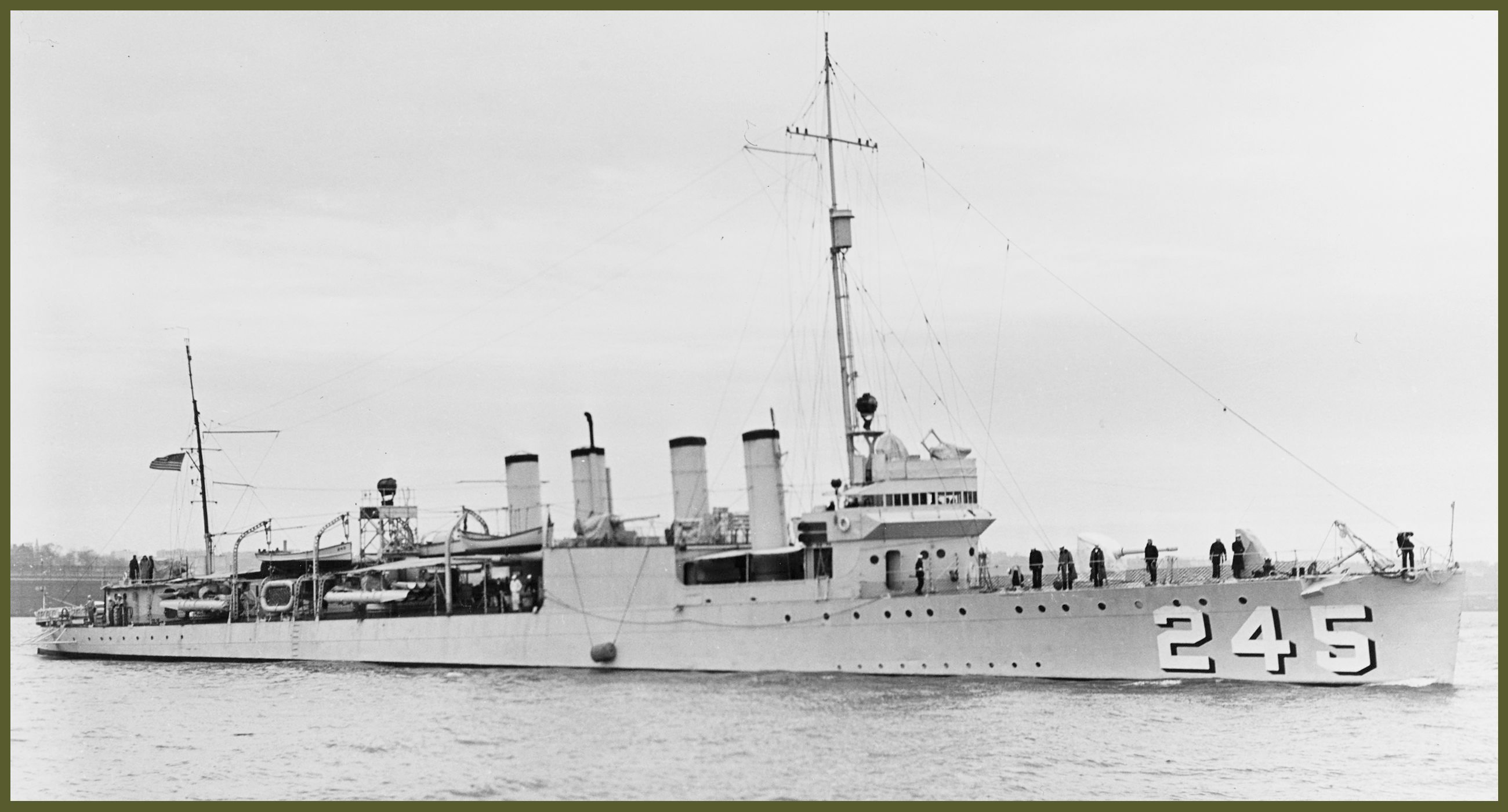 251 bombers targeted Aachen (Aix-la-Chapelle) and Brest where the first operational use of the Oboe navigation system was used. The Oboe was a British aerial blind bombing system based on radio transponder technology. Thanks to this technology, there was later on in time an enormous improvement of accuracy, resulting in at least 50% of the bombs dropped on target.

The aircraft carrier strike force was revolutionary in naval warfare! Japan had recognized its potential early, and built a power fleet of carriers, while producing the most advanced aircraft designs by 1941.

The successful attack by British carrier planes against the Italian battle fleet at Taranto in 1940 had convinced the Japanese planners that their superior planes, along with the skill and tactical training of their pilots could succeed at Pearl Harbor.

How so? The Japanese had developed three type of planes, each with a specific task.

The Nakajima B5N2 Type 97 “Kate” attack plane was both a torpedo plane and lever bomber. It was the most advanced plane of its type in service anywhere, the first all metal monoplane aircraft in the Imperial Japanese Arsenal.

The Aichi D3A1 Type 99 “Val” dive bomber was used to attack ships and ground targets. It was highly maneuverable. In the hands of a skilled pilot, it was an effective dogfighter.

The Mitsubishi A6M2 Type 0 “Zero” was the most advanced fighter of its day. It could outperform any other fighter then in service. It was used to escort the attack bombers and strafe airfields or ground targets.

Japan’s plan demanded secrecy and the element of surprise. It was a gamble. Under radio silence, the Japanese strike force steamed from the Kuriles islands on November 26th, 1941.

Storms, fog, and icy water weather left the northern Pacific nearly deserted in winter, offering the best concealment. There would be little chance of detection by passing ships or scouting planes, but poor visibility and heavy seas would complicate navigation and make the critical task of refuelling extremely risky.

They also had an “Advance Force” of at least 12 Submarines ringing the Hawaiian Islands.

The large grouping of ships had to keep a tight formation as it moved through the North Pacific, holding position at night with signal lamps and will position themselves 230 miles north of Oahu. 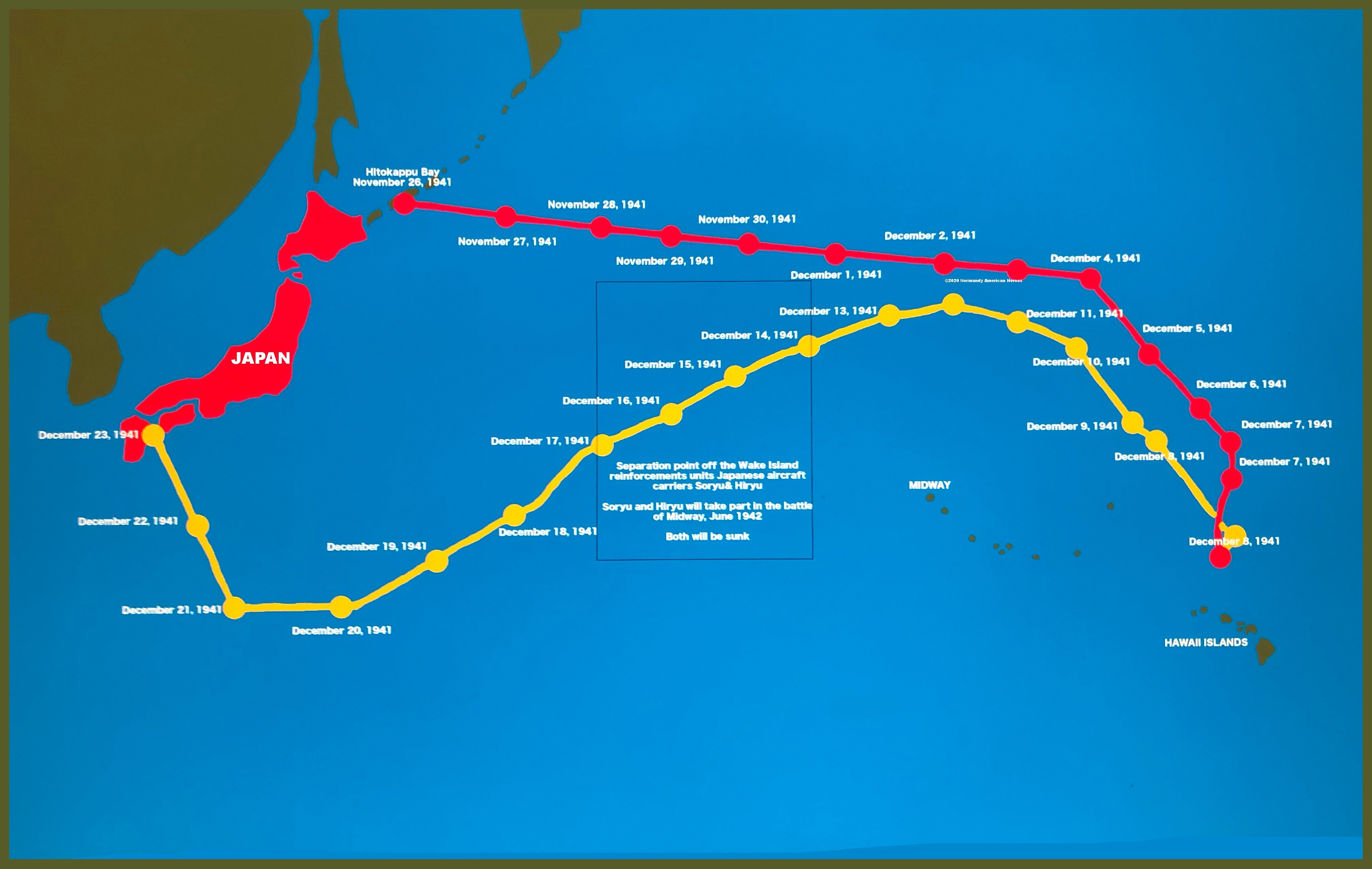 Japan launched a devastating attack on the American naval base at Pearl Harbor, December 7th, 1941. They had reached the launch point north of Oahu undetected. At 06:00 hours, in darkness, the first wave of 183 planes took off and struck the fleet in Pearl Harbor, the garrison at Schofield Barracks, and the airfields at Hickam Wheeler, Kaneohe, and Bellows.

The second wave of 180 planes was launched at 07h15 hours, and at 07:55 hours, groups of Japanese attackers swooped down on the Army airfields. Displaying great skill at low-level flying, and accurate marksmanship with bombs and machine gun fire, they blasted the neatly parked American planes! 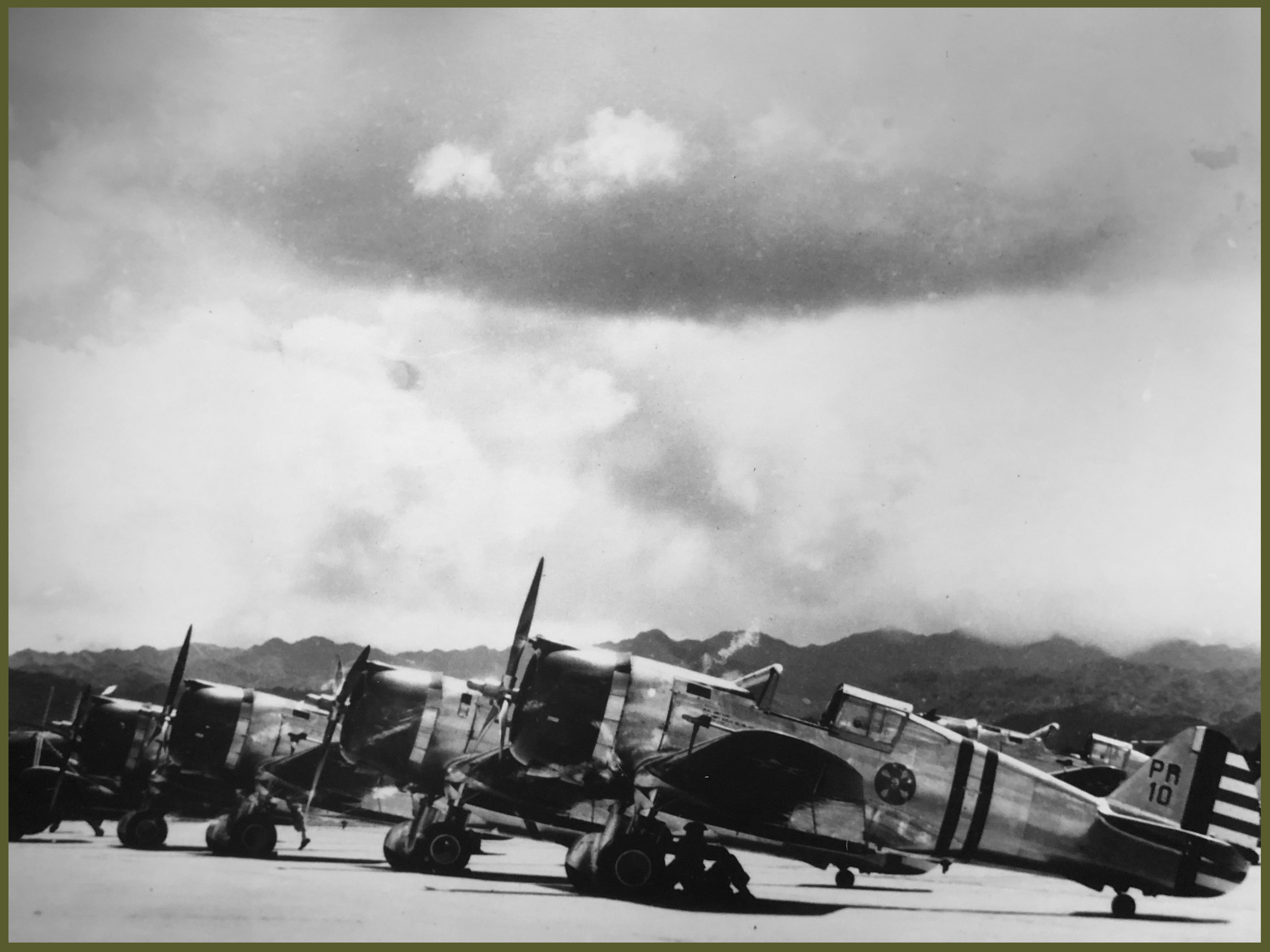 By destroying the Hawaiian Air Force’s fighters and bombers on the ground, the Japanese prevented interception or retaliation against their aircraft carriers. To say the least, most American planes were not ready to fly. Ammunition was unloaded every night for security!

The raid was a stunning success, compared with the destruction they inflicted, the Japanese suffered only minor losses:

The attack surprised Honolulu’s people as much as it did the military, but they reacted quickly to keep emergency services: police, fire, hospitals functioning as the bombs fell. The Japanese planned to hit only military targets, but stray bombs and bullets spilled over into the civilian community, killing 68 and wounding 35.

Ironically, the most severe damage in the civilian community resulted from some U.S. Navy 5-inch anti-aircraft shells, whose time fuses failed to explode in the air. They feel to earth and detonated on impact, igniting a major fire near McCully and King Streets. The damage was estimated at $500,000.

The following day, the United States declares war on Japan. Despite Japan’s tactical success, they failed to sink any American aircraft carriers or to destroy the ship repair facilities and fuel storage at Pearl Harbor, a costly error.

Pearl Harbor and Hawaii rose out of the ashes to become the instrument of Japan’s destruction. Admiral Yamamoto will state in 1942: “Events have shown it was a great mistake not to have launched a second attack against Pearl Harbor”.

After the attack on Pearl Harbor to the end of the war, Hawaii played a crucial role as the hub of the Pacific campaigns. Thousands of soldiers and airmen flooded into the islands in 1941 and 1942 and staged and deployed to combat in 1943 and 1944. 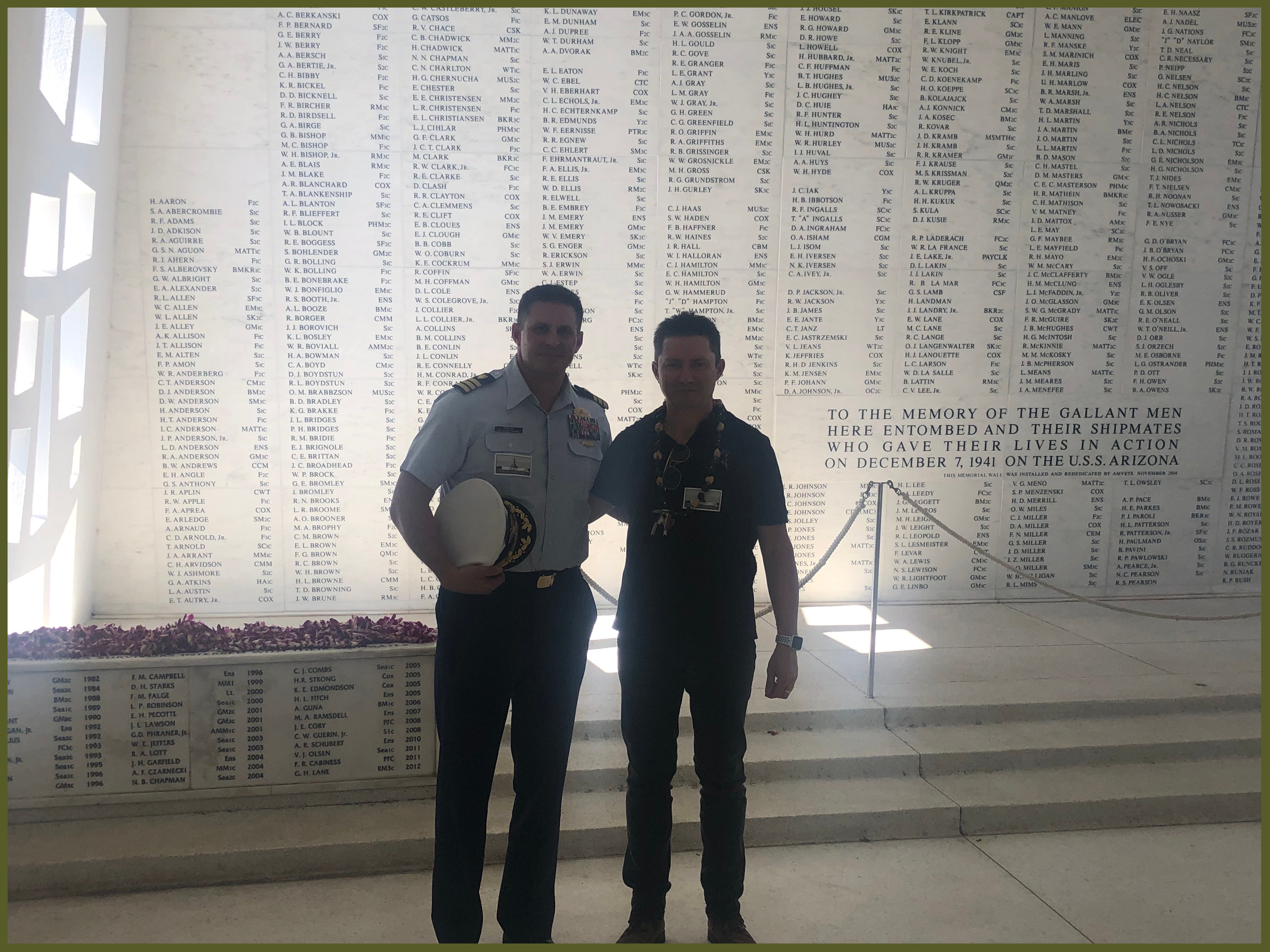 The war immediately raised the loyalty question of Hawaii’s 160,000 ethnic Japanese, 1/3rd of the population. After the attack, 1,400 suspects were arrested and interned in camps, mainly on the Big Island, but sheer logistics prevented the mass relocation that was imposed on mainland Japanese.

By May 1942, after demonstrating loyalty and enthusiasm, many of these Americans of Japanese ancestry (AJAs) were organized into the Hawaiian Provisional Battalion and were sent to the mainland for training. At Camp McCoy, Wisconsin, on June 12th, 1942, the unit was officially designated as the 100th Infantry Battalion.

The 100th Battalion went into combat near Salerno, Italy, September 1943 joined 9 months later by the 442nd Regimental Combat Team. They will fight together as a unit through the rest of the war.

From the beginning, the Japanese Americans fought with distinction, spearheading offensives, liberating town after town and continually pushing the Germans north.

On April 4th, 1945, using a classic diversion in their first try, they cracked the Nazis’ Gothic Line that had withstood penetration for 5 months! The price was high. Japanese Americans suffered extremely high casualties throughout the war, earning the nickname of the “Purple Heart” outfit.

Needless to say, they have a phenomenal record! The men of the 100th Infantry Battalion and the 442nd Regimental Combat Team wrote one of the greatest records of heroism in American military history especially when you realize that due to the exceedingly high casualty count, the men of the 100th / 442nd RCT had to be reinforced 11 times, for a total of 33,000 men. 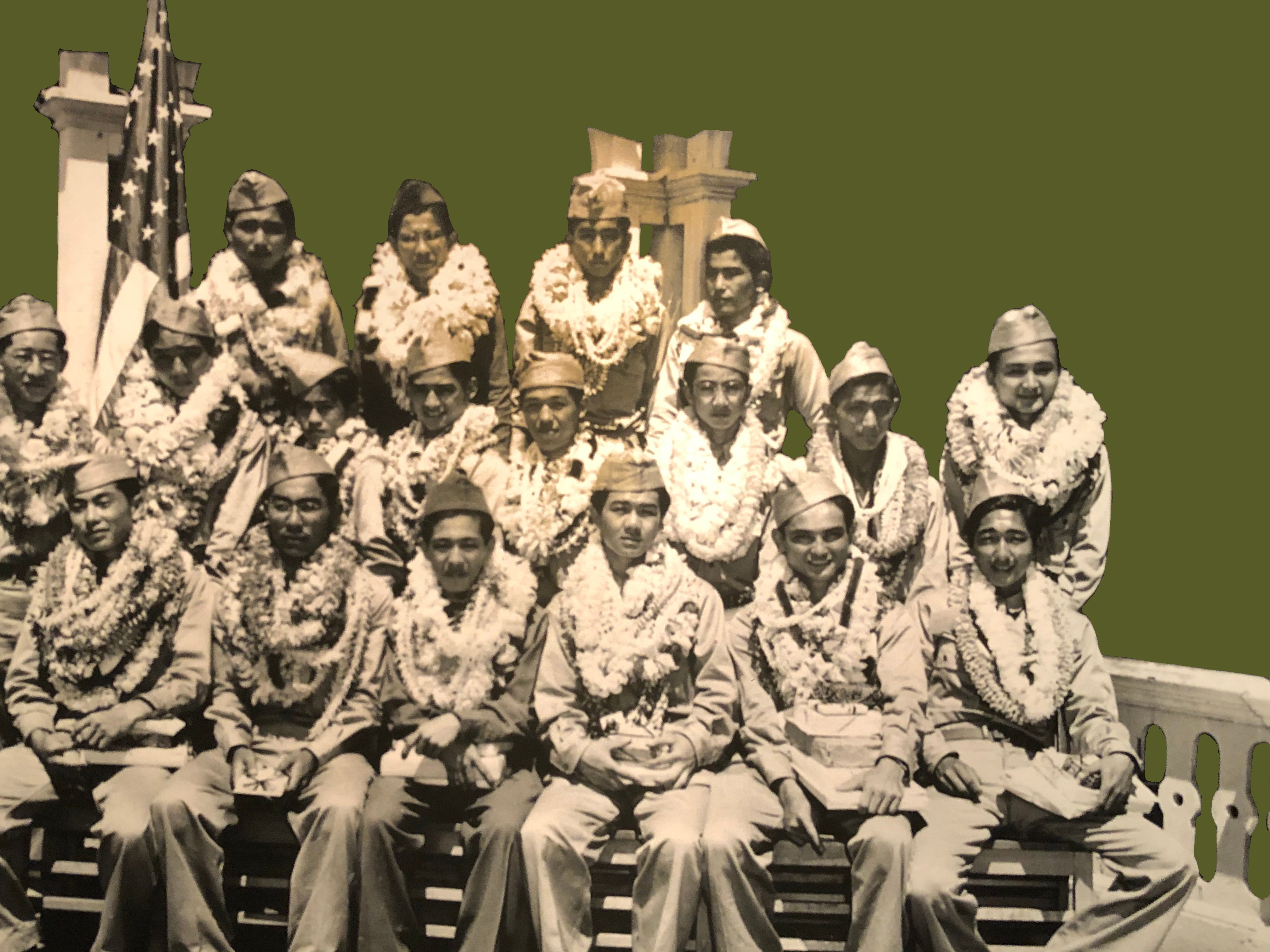