Lieutenant Colonel Paul. Krznarich, Division G-2, told VIII Corps at 13:35 hours: “We are on it, but so are the Jerries”.

Brittany was already a theater of war as of June 6th, 1944, when French soldiers of the Special Air Service (paratroopers) were dropped behind enemy lines in that region to prevent the more or less 150 000 German soldiers based there to make it to the battle fronts of Normandy. 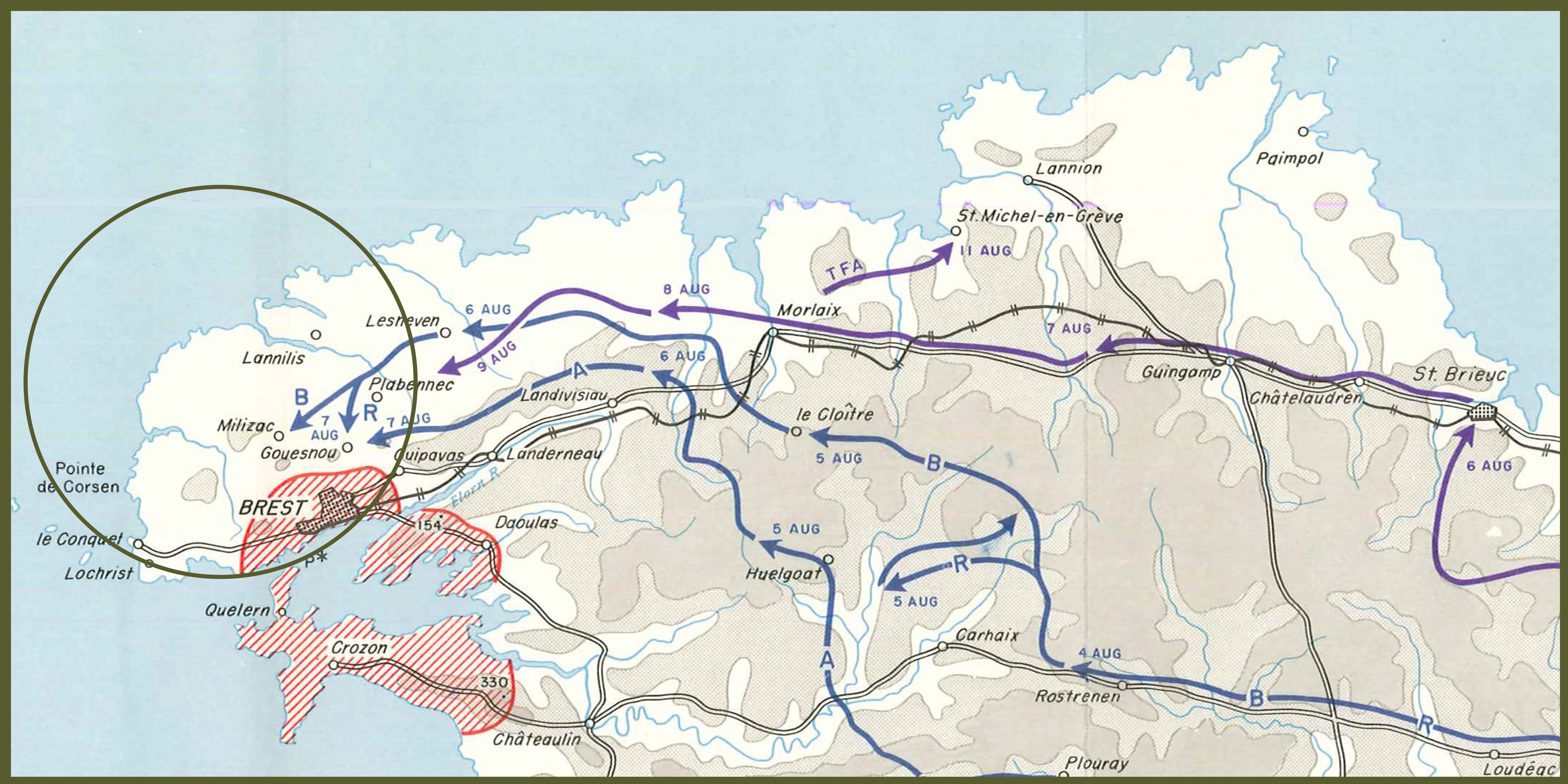 Lieutenant Colonel Paul. Krznarich, Division G-2, told VIII Corps at 13:35 hours: “We are on it, but so are the Jerries”.

Brittany was already a theater of war as of June 6th, 1944, when French soldiers of the Special Air Service (paratroopers) were dropped behind enemy lines in that region to prevent the more or less 150 000 German soldiers based there to make it to the battle fronts of Normandy.

Men of the SAS succeeded in slowing the movement of troops by continuously harassing them, it was the first step to the liberation of Brittany.

After the breakthrough of the Americans in Normandy (Operation Cobra), the necessity to take a second harbor (Cherbourg’s harbor was taken by the 4th Division on the 27th of July 1944) was vital to supply the American troops.

Operation Cobra opened the road to Brittany, to its harbors and was the “Final countdown of the German Army”.

Before the attack of Brest in Brittany which started on August 25th, 1944 the 29th Division had assembled in the south east of Ploudalmézeau. It’s line of departure was the railroad to the North of Bohars running West to Le Drévez and from there to the junction of the highway and the railroad southeast of Saint-Renan.

On the 25th of August 1944, the three Regiments of the 29th Division moved forward against the enemy outposts defended by machine guns, self-propelled guns and riflemen with automatic weapons.

Generally, the Germans dug themselves behind the hedgerows but some of the stronger points had concrete emplacements.

On their way to Brest, the 175th Infantry Regiment had the mission to take Hill 103, at the East of Plouzané. Hill 103 was part of the line which defended Brest but also gave an excellent view on two medieval forts, Fort Keranroux (1st photo) and Fort Montbarey (2nd photo). Hill 103 provided the most important strategic place of observation for the German Forces. 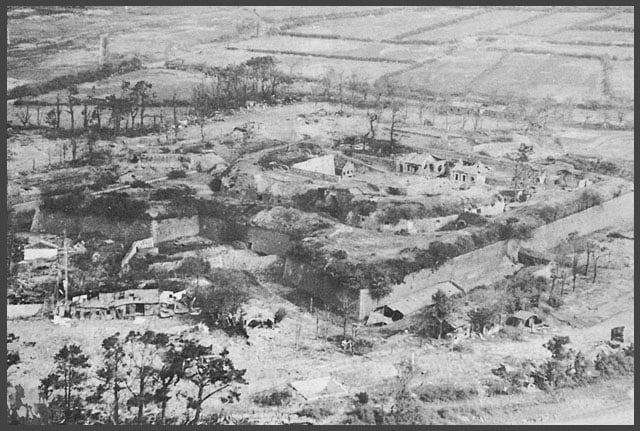 Note: Fort Montbarey was occupied by the Germans from 1940 onwards and was the home to the enforced labour workers from the Organization Todt who were here to build the submarine base of Brest.

It then became a prison for political prisoners, before being used in 1944 as one of the line of defenses of the Brest “Festung”, the Brest Fortress.

The Germans holding the fort suffered considerable artillery pounding added to previous air bombardments but held their ground! It was only on September 16th, 1944, in the very last days of the extremely bloody siege of Brest, that Fort Montbarey finally fell into Allied hands. 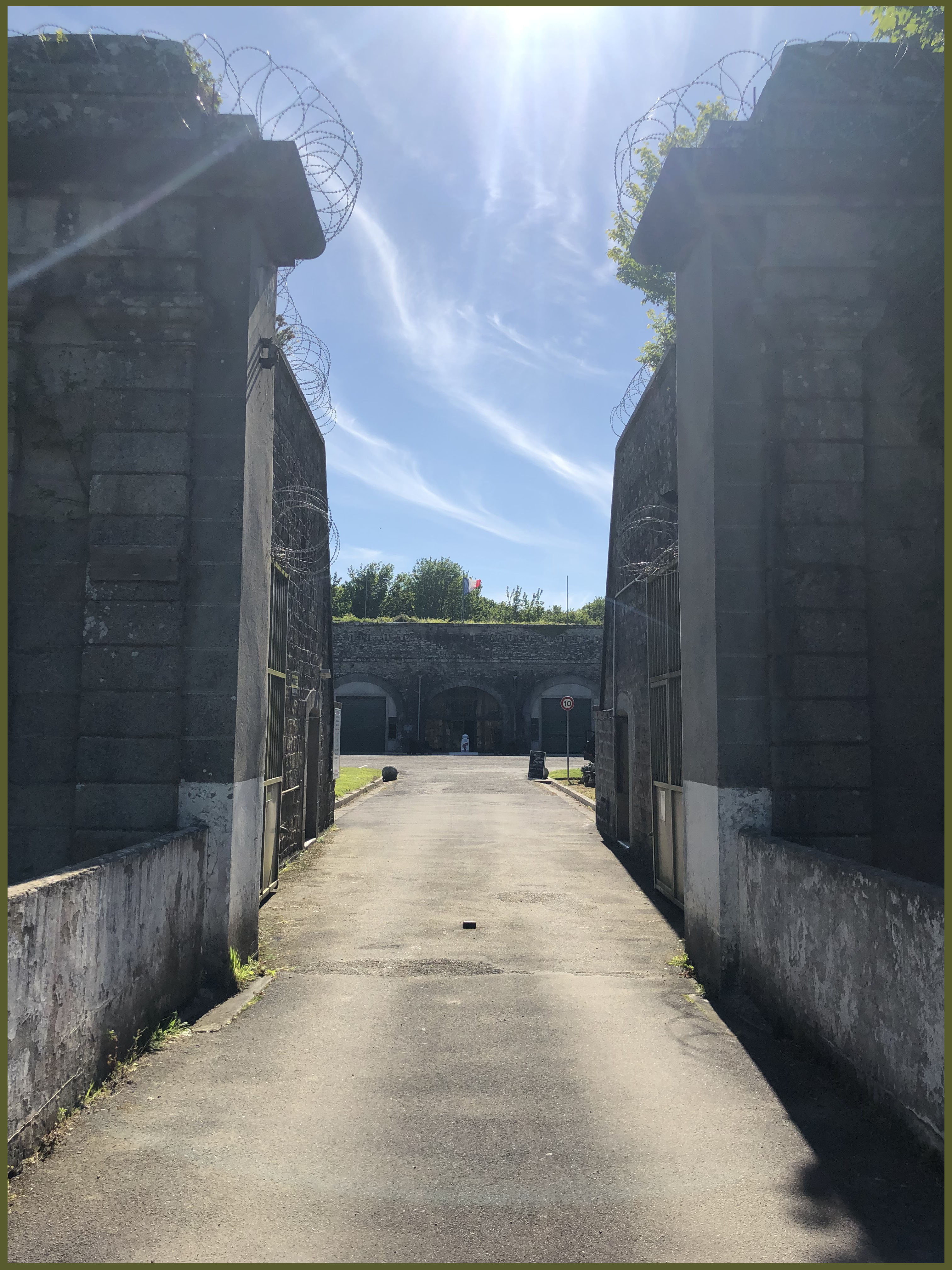 The mission to seize Hill 103 was assigned to the 1st Battalion of the 175th Infantry Regiment. The advance against Hill 103 begun on the 26th of August with small automatic fire which increased as the men advanced and became stronger with Anti-Tank guns which pushed the men of the 1st Battalion to stop their attack.

In the meantime, the 2nd Battalion of the 175th Infantry had to take the village of Plouzané by crossing some dirt road. It succeeded in clearing off the Germans on the 27th of August with the help of Company “D” . The taking of the village caused many casualties among the ranks of the 2nd Battalion.

The next day, 28th of August, troops were engaged in hedgerow fighting. The 1st Battalion was on the forward slope of Hill 103 and didn’t move further. The Germans were not afraid and not demoralized in spite of the air and artillery fire which fell all around them. The German soldiers fired back as long as they could. The courage of the men of the 2nd Battalion, enabled them to advance within 100 yards of the main enemy emplacements.

On the 29th of August the 1st and 2nd Battalions established contact and were still trying to climb Hill 103 but the Germans were still holding it. During the night, elements of the Company “A” of the 1st Battalion blew up a gap in the barbed wires.

The attack started anew on the morning of the 30th of August but the battalions were not able to cross the final few hundred yards. The Germans fought like animals, not a single area of Hill 103 was not covered by the German fire.

The men of the 175th Infantry Regiment continued to crawl along the hedgerows, the 1st Battalion took advantage of the gap and by early afternoon, men were on the top of the Hill. However, the Germans didn’t give up, they made a strategic withdrawal on the eastern slope of Hill 103 and were still pinning down the elements of the 29th Division.

The fight for Hill 103 continued for two continuous days due to the heavy German resistance.

On September 2nd, 1944 the American finally succeeded to breakthrough when the 3rd Battalion of the 115th Infantry Regiment was attached to the 175th Infantry Regiment on September 1st. The men attacked on the South across the East slope of the Hill, due to the ferocity and courage of the men the Germans abandoned their positions for the last time.

The casualties of the 1st Battalion were heavy, around 150.

The 2nd Battalion had 95 casualties: 15 enlisted men were killed, 69 wounded, 7 were missing in action and 4 officers were wounded.

German prisoners were made from the 2nd and 3rd Parachute Divisions, the body of 30 of their dead comrades were found on Hill 103.

Note: Siegfried Ehlert was a prisoner of war. He described himself as a Nazi hunter. He told his interrogators that the counterattack on the night of the 30th to the 31st of August was made by the 16th Company, 2nd Paratrooper Regiment, the “toughest” unit faced by the 29th Division during the operation. He added that the Nazis abandoned their positions only through a misinterpretation of orders. 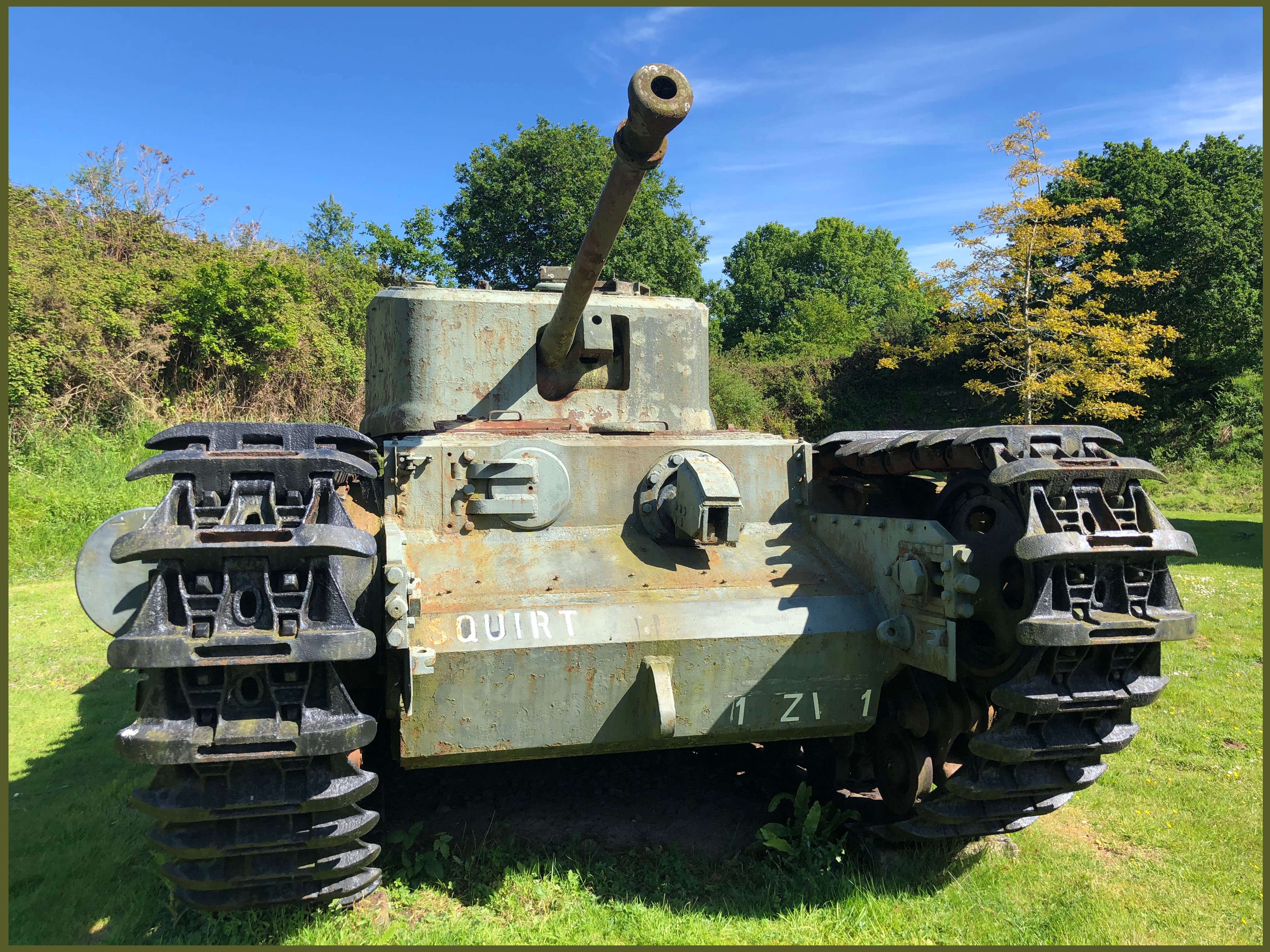