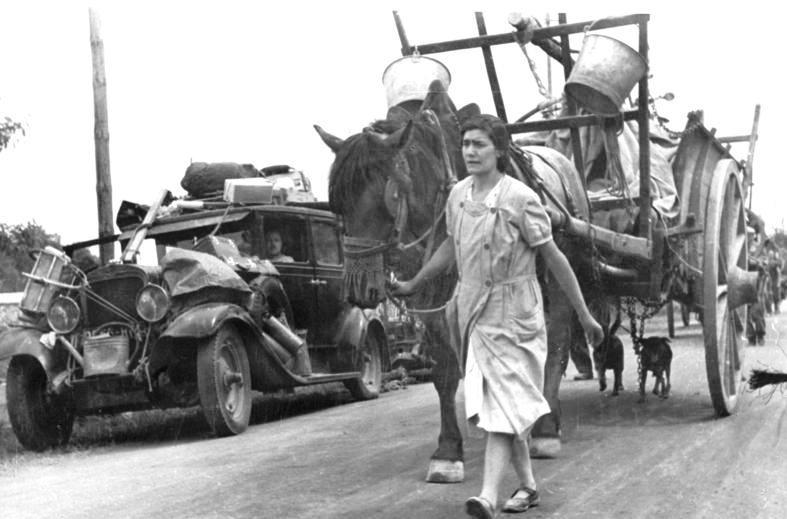 The state of being under the control of the Germans meant different things for the Normans. The occupation was a harsh and a constant reality of life, and collaboration between the Normans and Germans was sadly inevitable. The Gestapo in Normandy set up its offices first in the “rue du Donjon,” Rouen. Then, progressively, they had different headquarters throughout Normandy. In the cellars of the tower of Rouen echoed the cries of the French Resistance who were captured, tortured, and then deported or shot.

The Einsatzkommandos Caen was established in the former home of a Jewish Doctor Pecker, 44 rue des Jacobins. Most of the men lived in a large and beautiful castle, the “Château de la Motte.” The Gestapo also occupied a opulent private mansion, 1 rue du Puits de Jacob,which was just a few minutes’ walk from Caen train station. After the war, Kart Ludwig was sentenced to 15 years of forced labor while Joseph Hoffmann was sentenced to life imprisonment. These were the only two criminal of war to be prosecuted; sadly, the others all escaped with ease.

In Saint-Lô, the Gestapo initially inhabited 22, route de Villedieu (today 140, rue Dunant) in December 1943, directed by Dorcher assisted by Hennecke, Ströder and Goest, before moving to the castle of Saint-Jean-du-Corail. This small village was a hotbed of activity for the French Resistance, which resulted in retaliation for many of the village's inhabitants; they were, sadly, victims of Nazi barbarism. On July 31, 1944, five Fougerolles-du-Plessis French resistance were captured and imprisoned in the castle of Bourberouge and then taken to a nearby quarry to be executed by the occupier. In order to make this execution appear to be an accident, the Nazis exploded a charge that buried their victims under a layer of stones, but a witness to the tragedy denounced the deceit. During the bombardment of Saint-Lô June 6th and 7th, of the 200 prisoners (76 French Resistance) held by the Gestapo, only a few survived!

2nd anecdote: What needs to be remembered is that a certain number of Nazis were taken to trial, sentenced to death… their sentence commuted to life imprisonment, and pending on their value their sentenced reduced to a few years before being released! Why? Simple—we had a new enemy: the USSR!

3rd anecdote: Nikolaus "Klaus" Barbie (25 October 1913 – 23 September 1991) is a good example. He was an SS-Hauptsturmführer (rank equivalent to army captain) and a Gestapo member. He was known as the "Butcher of Lyon" for having personally tortured French prisoners of the Gestapo while stationed in Lyon, France. After the war, the United States intelligence services employed him for their anti-Marxist efforts, and also helped him escape to South America. Barbie was identified as living in Bolivia in 1971 by the Klarsfelds (Nazi hunters from France). 16 long years later, on 4 July 1987, Barbie was finally convicted and sentenced to life imprisonment. He died in prison in Lyon of leukemia, and cancer of the spine and prostate, four years later, at the age of 77 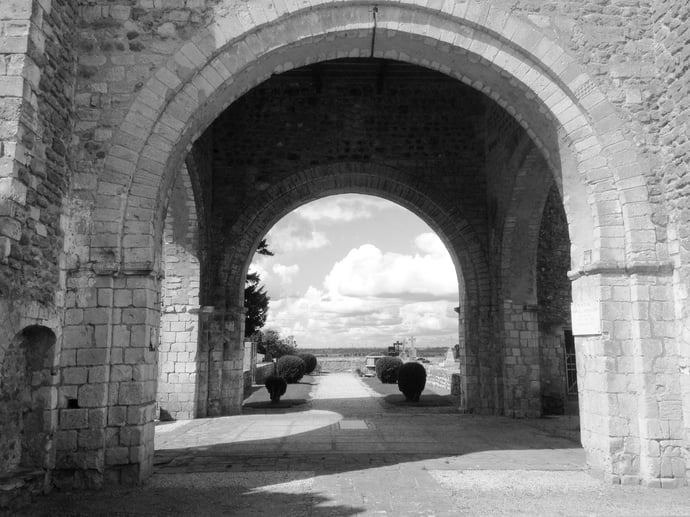 5th anecdote: Let’s not forget that the SS did not believe in the Geneva Convention. The 2nd SS Panzer Division Das Reich was a division of the Nazi Waffen-SS responsible for the worst massacre committed in France: Tulle and Oradour-sur-Glane. Another example is the the 17th SS Panzergrenadier Division Götz von Berlichingen ordered to leave Saint-Lô and support local German troops fighting against Paratroopers of the 82nd Airborne Division dropped some 30 miles away from their objective, Sainte-Mère-Eglise. The Paratroopers raised the white flag to surrender… they were all executed without mercy.

The Normans were continuously reminded of the war: the nightly round-up of hostages, the never-ending reprisals against the underground, and the welcome but fearsome Allied bombing attacks. The Norman peasant had done all he could do to adjust to the situation. Thousands of men and women had been shipped out of the towns and villages as slave laborers to work in the German factories. Those who remained were forced to work part of their time in labor battalions for the coastal garrisons: Crisbecq Battery, Saint-Martin-de-Varreville Battery, and La Pointe du Hoc to name a few.

The fiercely independent peasants did no more than was absolutely necessary. To illustrate this during your visit of La Pointe du Hoc with Normandy American Heroes, you will note that only 2 of 6 bunkers were built by D-Day! Why? Because the French laborers worked very, very slowly!

Yes it’s a reality; the Normans hated the Germans doggedly, and they stoically watched, listened, and waited for the day of liberation that they hoped would surely come. This began the very first day the German troops under the command of the soon-to-be Field Marshall Erwin Rommel invaded the Cotentin Peninsula. Travelling back in time and history with Normandy American Heroes, you will have the privilege to meet civilians who witnessed the war. To give you a glimpse into the unpopularity of the occupying forces among most Normans, 73 years later the elderly still call the Germans the “Boche!"

It’s true the population in Normandy did not suffer of hunger, as the region was still rich in all products that their counterparts in cities like Paris dearly missed: fresh butter, cheese, milk, eggs, meat, vegetables. Nevertheless, they suffered restrictions imposed by the Germans; for example, they were not allowed to kill any animals without their approval, etc… 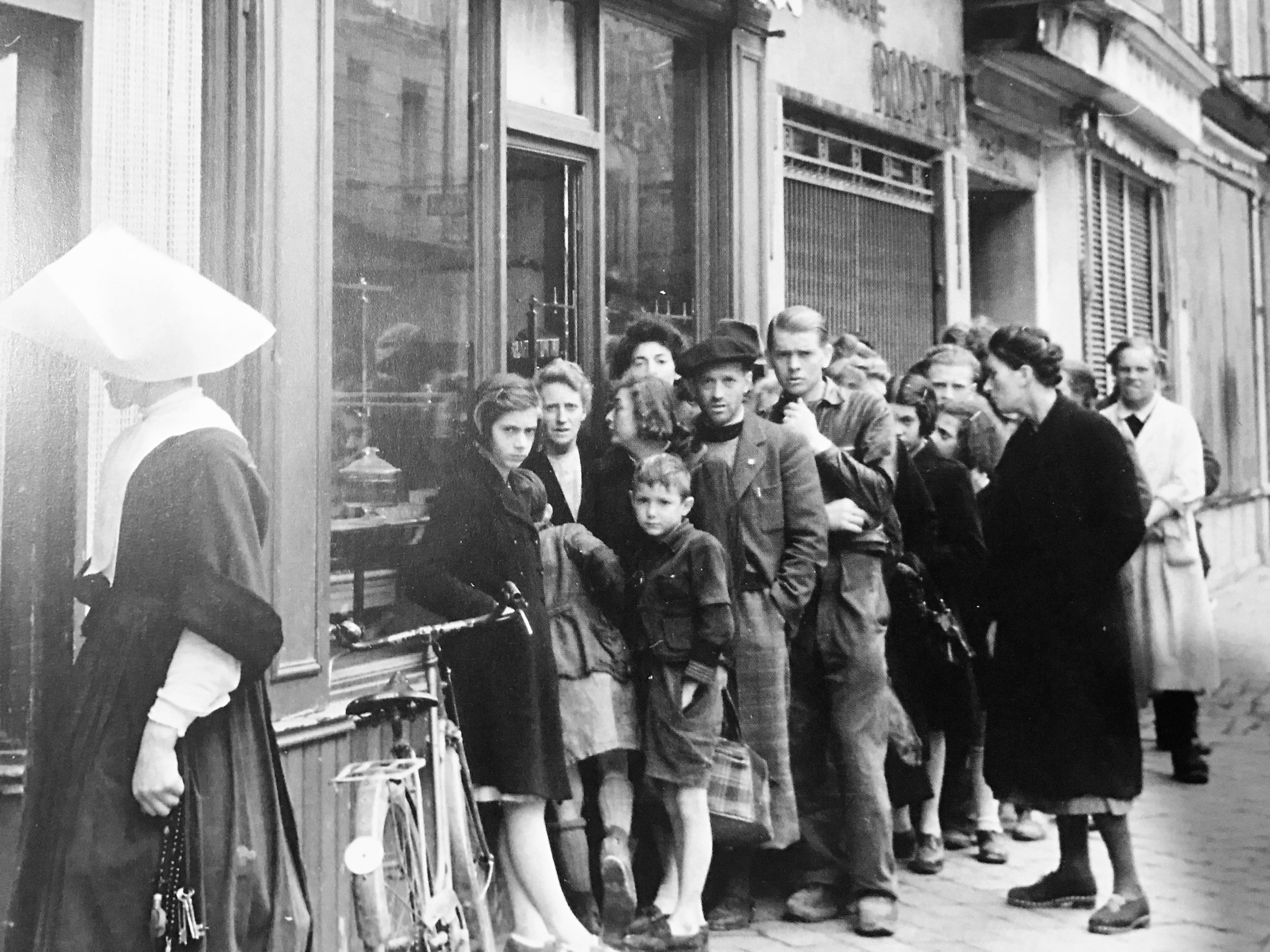 Nevertheless life continued, as if the Germans didn't exist! Everyone went about his daily chores; in the villages the shops were opened, the farmers worked in their fields, tending to their apple orchards and herding their Norman white and liver colored cows, famous even today for the high quality milk they produce— the best of France!

During the 100 days Normandy campaign, farmers were often seen cultivating their fields while a battle was taking place in the other field….stoic the Norman? Yes!

Once Paris was liberated, you would think that Normandy, as well as the rest of France, would celebrate? Unfortunately, that was not the case. For five long years, the hunt for collaborators and traitors dragged on, often with no proof whatsoever. There was financial interest for some, vengeance for others. Woman who had an affair with German soldiers were shaved (approximately 20,000), men hanged. Extrajudicial treatment resulted in the deaths of approximately 9,000 people, predominantly by the French Resistance. As for the Jews who survived the Holocaust and made it back to France, they went through a long legal proceeding to get back what was there rightfully.

As you now realize, a lot of French collaborators and traitors escaped prosecution like the Nazis, with some even being part of the new french government!

At the Liberation, the Courts of Justice of Avranches and Cherbourg pronounced some death sentences against criminal collaborators, but only three resulted in execution! As for the French police who had been compromised in cases of repression against the French Resistance, there was very little concern in the Manche department that one of their own, Mr. Ponceau (the Head of the Police of Cherbourg), was promoted after the liberation as Divisional Commissioner of the DST in Rouen!

Anecdote: The “Direction de la Surveillance du Territoire” was a directorate of the French National Police operating as a domestic intelligence agency. It was responsible for counterespionage, counterterrorism and more generally the security of France against foreign threats and interference. It was created in 1944 with its headquarters situated 7 rue Nélaton in Paris.

How ironic. A collaborator became responsible for the purge, including that of the police force, throughout Normandy. Needless to say, his fellow collaborators got away with it and were pardoned. 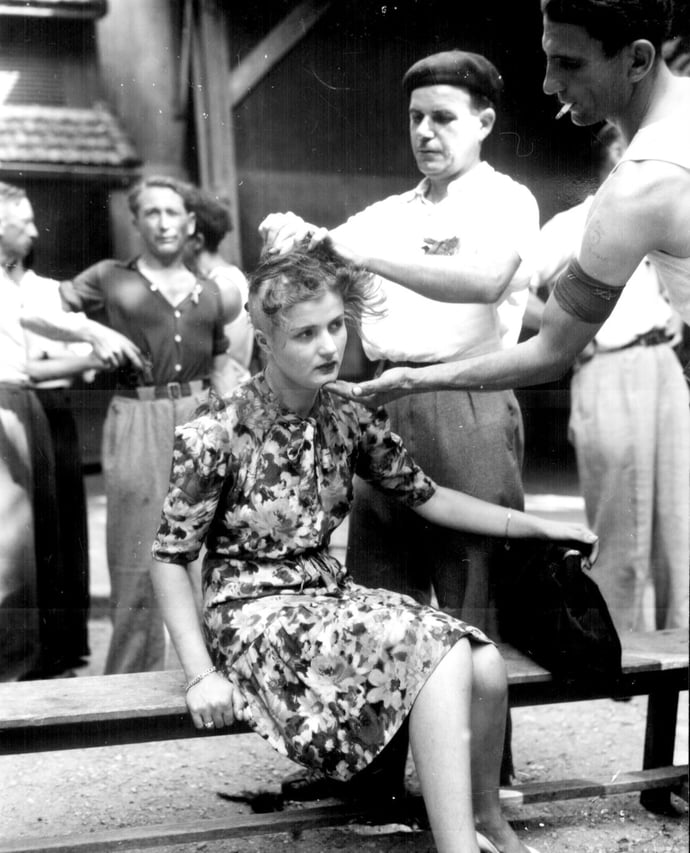 Resistance movements denounced the "indulgence" that many “Manchois” collaborators benefited from. On October 20, 1944, French Resistance members, interred and/or deported, gathered in Saint-Lô to protest against "scandalous acquittals" and "staggering remissions of punishment". They demanded the reopening of the instructions and more severe penalties. Sadly, it was in vain.

The list of collaborators and/or traitors who got away with it is long. Marie-Louise Guéret, alias Marylou, born in Saint-Pierre-Église on August 10, 1901, was a known personality of the Gestapo in the Manche department.

Seamstress, Chorister at the Cherbourg Theater, she had several “sentimental” relations that brought her to Brest in Brittany. In 1938, she officially becomes a prostitute.

During the Occupation, she slept with German officers and Cherbourg public figures while being a volunteer nurse. She had a "very close relationship" with the sub-prefect of Cherbourg and became a close friend of the Viscountess Elisa de Plinval, who housed her in a rented Cherbourg apartment.

Together, the two women deployed intense pro-German activities, serving the Gestapo. In January 1943, Marie-Louise Guéret helped Elisa de Plinval draw up a list of fourteen "Gaullist suspects," including the prefect Henri Faugère and the sub-prefect of Cherbourg Lionel Audigier. They were all arrested, deported and/or executed.

Brought before the court of justice at the Liberation, the two women were condemned to death, but the sentence commuted to twenty years of forced labor for Marie-Louise Guéret and life sentence for Elisa de Plinval.

You could say to yourself, it’s only justice, but Elisa de Plinval sentence was ultimately commuted to forced labor by General de Gaulle. Forbidden to reside in the Manche department for a minimum of twenty years, she is presumably buried in the cemetery of Bricquebec, without any trace today proving it.