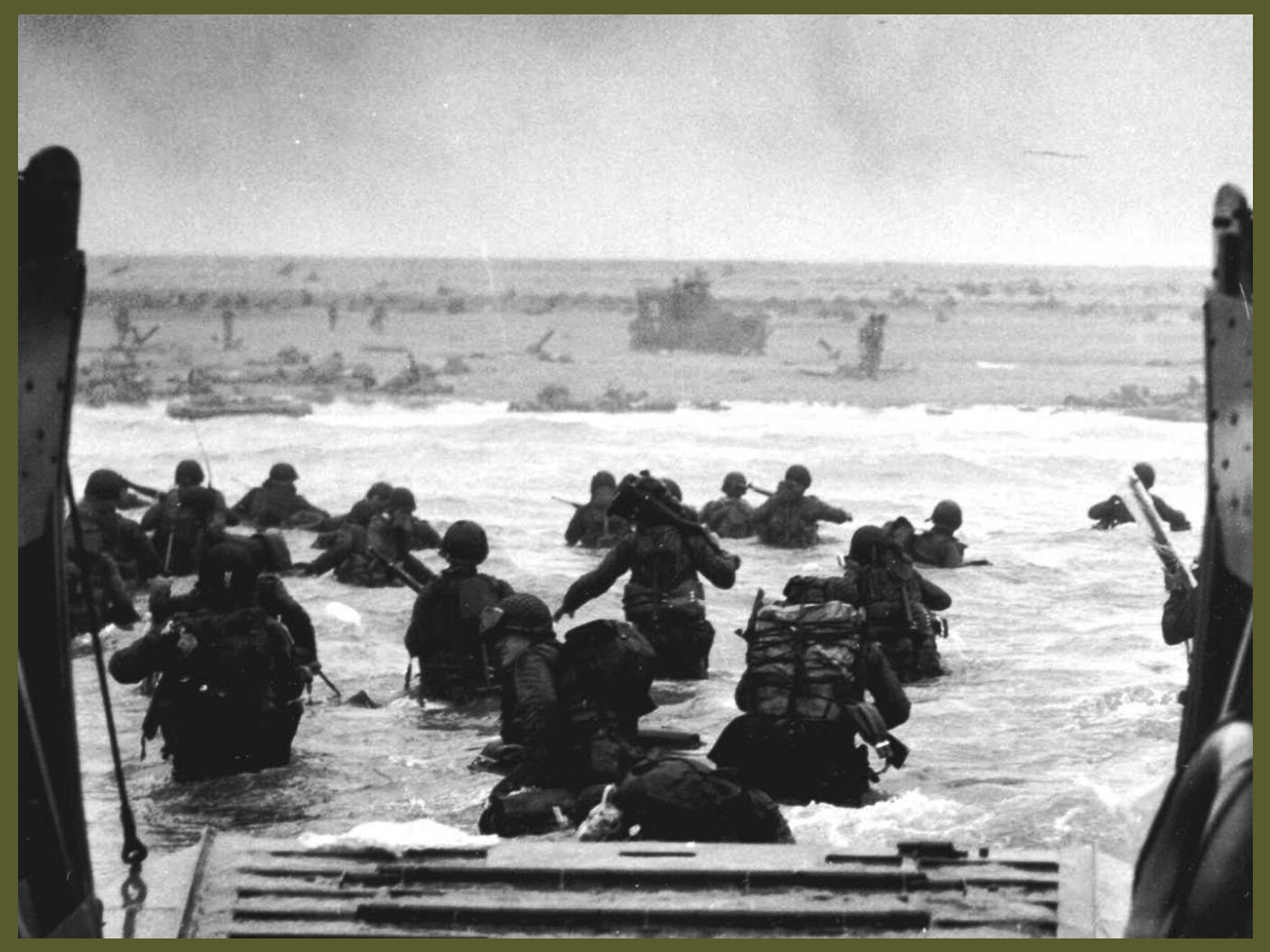 What was the main challenge?

The main challenge was to get the DD tanks as near as possible to the beach as quickly as possible while making sure they wouldn’t sink with their crew!

If you had a dozen DD tanks loaded on an LCT, let's not forget that the LCT needed only one direct precise hit from an enemy gun to sink, and the Germans as far as being precise, were! If that had happened, that squadron of DD tanks would have been lost!

Taking that in consideration, the main challenge was to find a way of deploying the DD tanks out, send them in with the first wave of engineers & infantry while making sure they were not together on the same ship!

Achieving this was the first of the two crucial tasks on D-Day!

The second being for the DD tanks to be able to “swim” autonomously, hit the beach, drop its canvas screen and fire straight away on the enemy positions. In theory, of course, that was the objective. 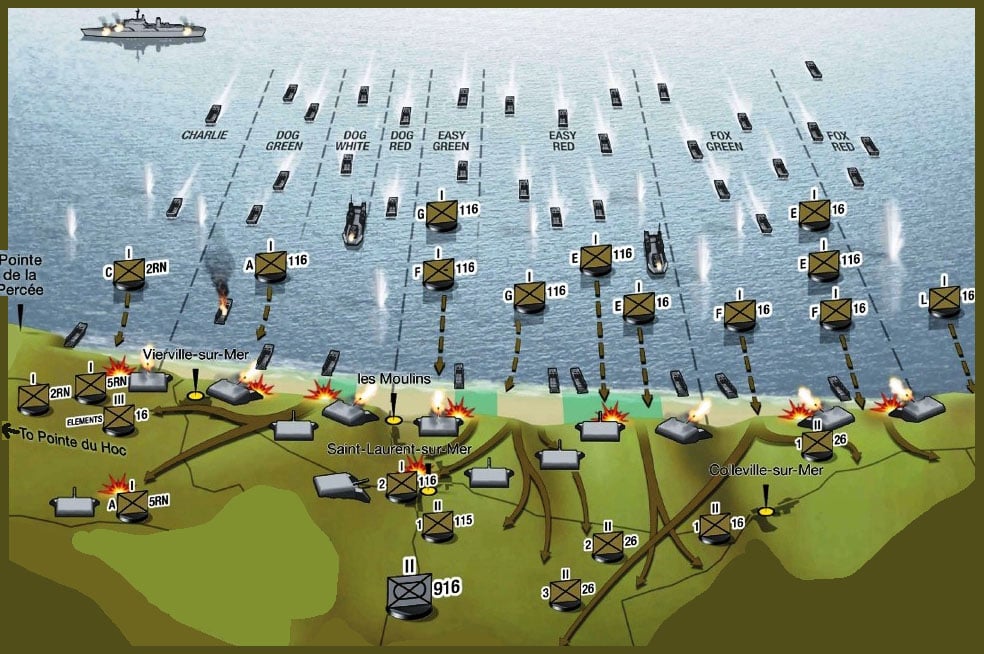 The Atlantic Wall had gun emplacements all along the coastline In Normandy, usually 75mm or 88mm and inland 105mm up to 240mm guns. The first target of those enemy gun emplacements would have been the officers, medics, engineers and infantry unless there was a more interesting target for the enemy to shoot at!

The engineers and infantry would be very vulnerable when they landed on the shore as the enemy would fire upon them. Having those DD tanks shoot straight back at them would surely have been a motivator for the enemy and a saviour for the soldiers!

What they needed were big guns, additional to the artillery, that could blast holes in whatever defences were on the coastline of Omaha and Utah beach.

That was the task of the DD Amphibious tanks, a success at Utah beach, a failure at Omaha beach.

Now who came up with the idea of the DD Tank?

Nicholas Straussler, a Hungarian who had moved over to England in the late 1930s was the one who invented the DD Tank flotation system used by the Allies on D-Day in Normandy.

Back in the 30s, he was one of those people who was inventing things all the time, kind of a clever twisted genius!

His greatest success story, for which the Royal Commission gave him an award after the war, was the famous DD tank. 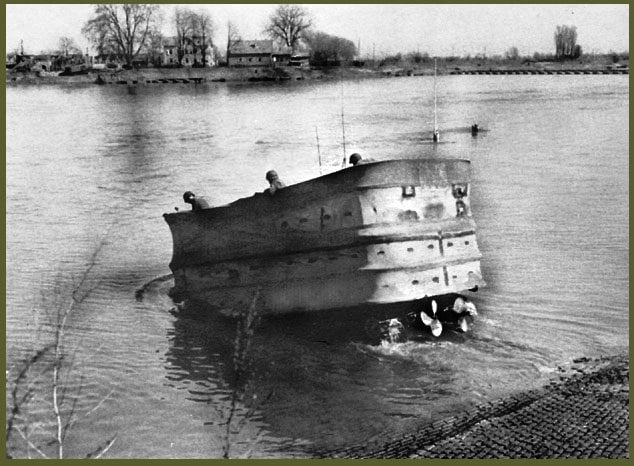 Crew of a DD tank

The crew consisted of a commander, a driver, two men in the turret, the loader and the gunner. An additional soldier was at the front of the hull to fire his machine-gun.

Needless to say, that to be able to steer a 32-ton Sherman tank in rough water was a combination of skill and luck! Theoretically, the tank commander would stand on the outside, he had a long tiller, which operated the ball and socket propellers at the back of the tank, to presumably enable him to steer…in theory.

So, the idea was this: he would be looking ashore as they were navigating hoping to find the landmark he had been told to aim for. During that time, the rest of the crew would stay out of the tank as long as possible, just in case it sank!

In reality the crew stayed out of the tank to continuously put pressure with their backs against the canvas screen! Why? To hopefully prevent it from bowing in due to the waves and under-water pressure. As you can imagine it was crucial that the canvas screen top didn’t collapse, or they were done.

So, you are probably asking yourself: “surely the tanks were water sealed?” The answer is yes but… it didn’t stop the water to come through the bolt holes inside the canvas screen, often with more or less a foot of water splashing against the DD tank. And yes there was a water pump to pump out the water under the tank but at one point the water pump simply couldn’t keep up.

Just imagine yourself in a rough sea with waves up to 9 feet high!

Last but not least, let's not forget that a rifle bullet was more than enough to split the canvas screen, and if it was close enough to the sea level and the water started to flood in, there was no hope for the crew...especially if they didn't how to to swim.

That’s what those courageous men had to confront at sea before landing on the beach!

Getting the DD tanks on the tank landing craft (LCT) was one thing, you had to reverse back in because obviously there was no room!

During the training back in the U.K. the ramps were to be lowered on wire cables, then secured by big metal chains.

In reality, during the first trial attempts, most DD tanks went over the hinges! The cables spun and the ramp dropped way too fast. The DD tanks shot off and went straight to the bottom of the sea…! 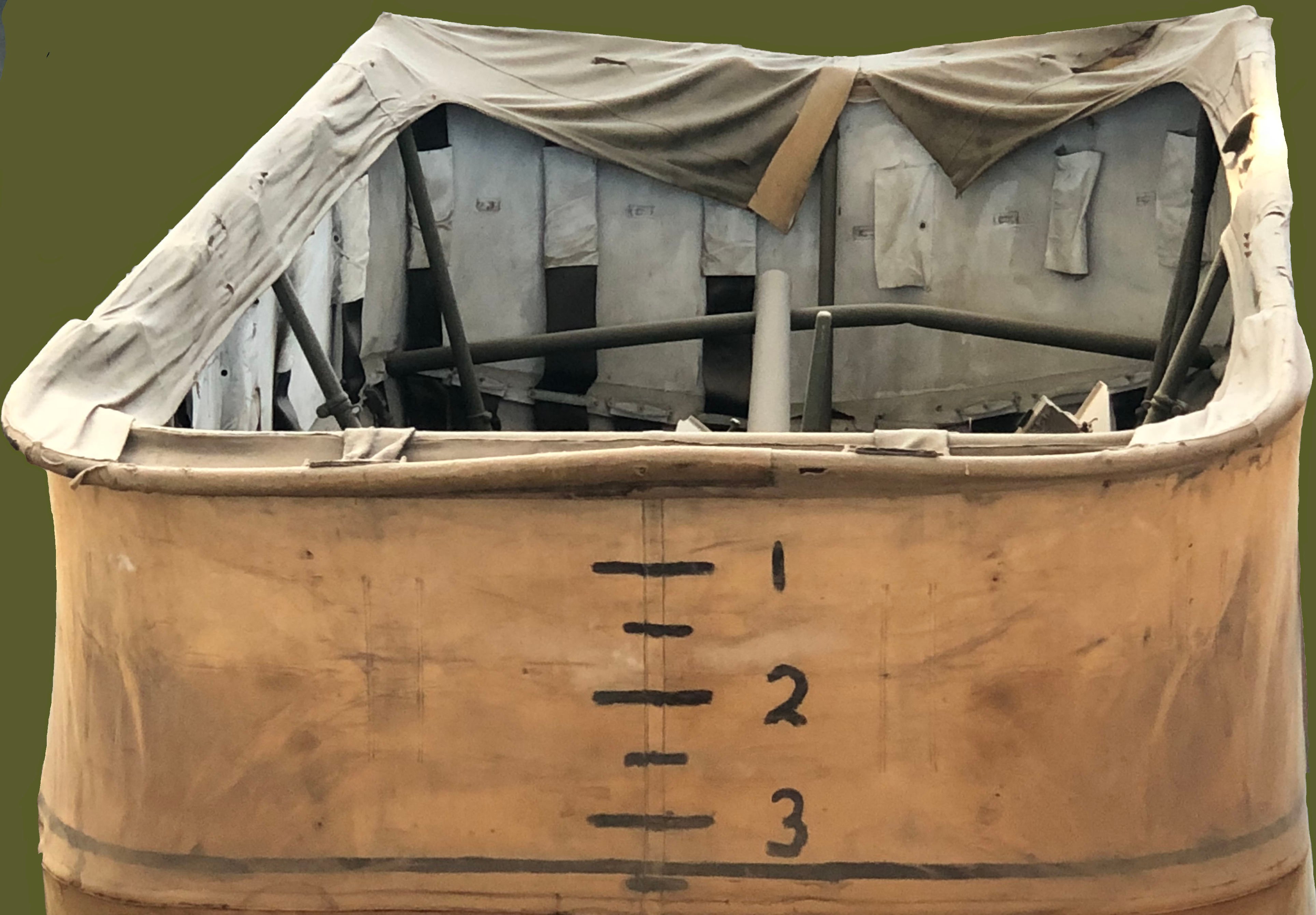 A 32-ton Sherman tank, if you put it in the water will, it’s a certainty, sink! Now the vision of Nicholas Straussler was: "What if I was able to increase the displacement by surrounding the tank with some sort of “water” screen, something that would buoy it up in the water? Surely the sinking issue would no longer be a problem and the tank, theoretically would float?”

Now don’t try this with your car but this is the principle behind the Duplex Drive Amphibious Tank of Nicholas Straussler.

The tank acts pretty much as a ballast weight, and the canvas screen becomes the hull of a boat on which it hangs…at least that’s the theory! This you could say is a basic, simple scientific fact; Archimedes’ principle is that displacement occurs when an object is largely immersed in a fluid, pushing it out of the way and taking its place. This means that even heavy objects could be made to float, if of course you are able of displacing the water that represents the weight of the tank!

Why name it DD?

DD means Duplex Drive and has nothing whatsoever to do with buoyancy, with floating, as the canvas screen is.

It simply means it’s a tank that can use its tracks when moving on the land and marine propellers at the back of the tank when its navigating through water.

When the idea came to have an amphibious and/or “swimming” tank, the first question the engineers had to find an answer for was:

It’s not exactly the same strategy!

The main drawback with the ordinary tank made to float was that the buoyancy aids would be bigger than the tank! Worse, because of the excess of weight of the buoyancy aids, the tank armor would have to become thinner to gain weight! It was quickly decided it was a waste of time as not at all realistic.

In the first stages of the amphibious tank project, the add on was the strategy with always the same approach, some sort of metal raft. One of the main drawbacks was that you couldn’t take it on an LCT’s because it just couldn’t pass through the narrow entrance of the ship! So very soon the idea was rejected.

What made the DD of Nicholas Straussler so successful was that it didn’t make a difference if the canvas screen was up or down, the tank could get on and off an LCT’s with ease. 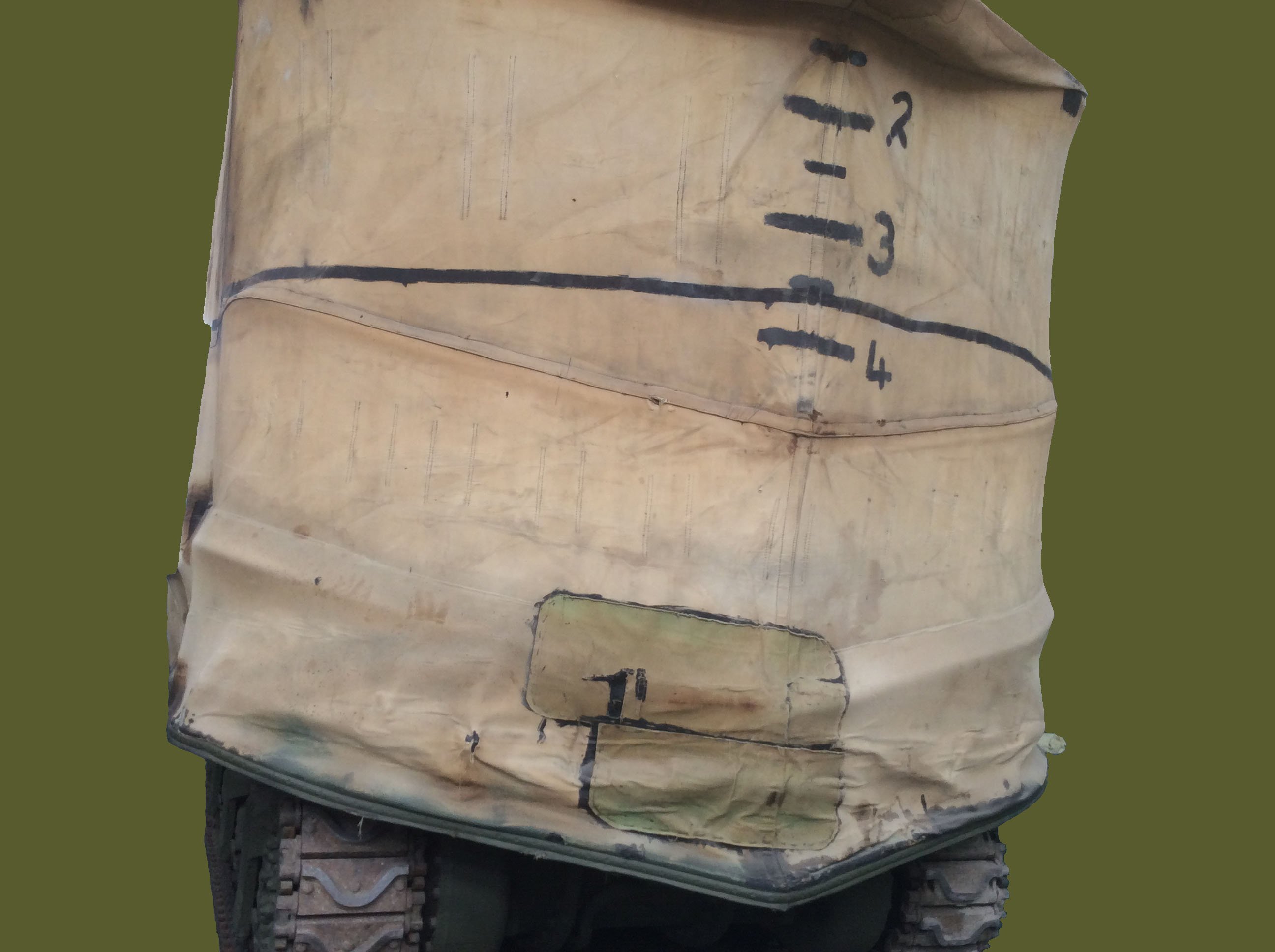 The only DD tank still visible today is in the U.K. that you can discover while traveling on one of Normandy American Heroes European tours.