Pushing to the edge of the cliffs of the Hague Peninsula, land's end! 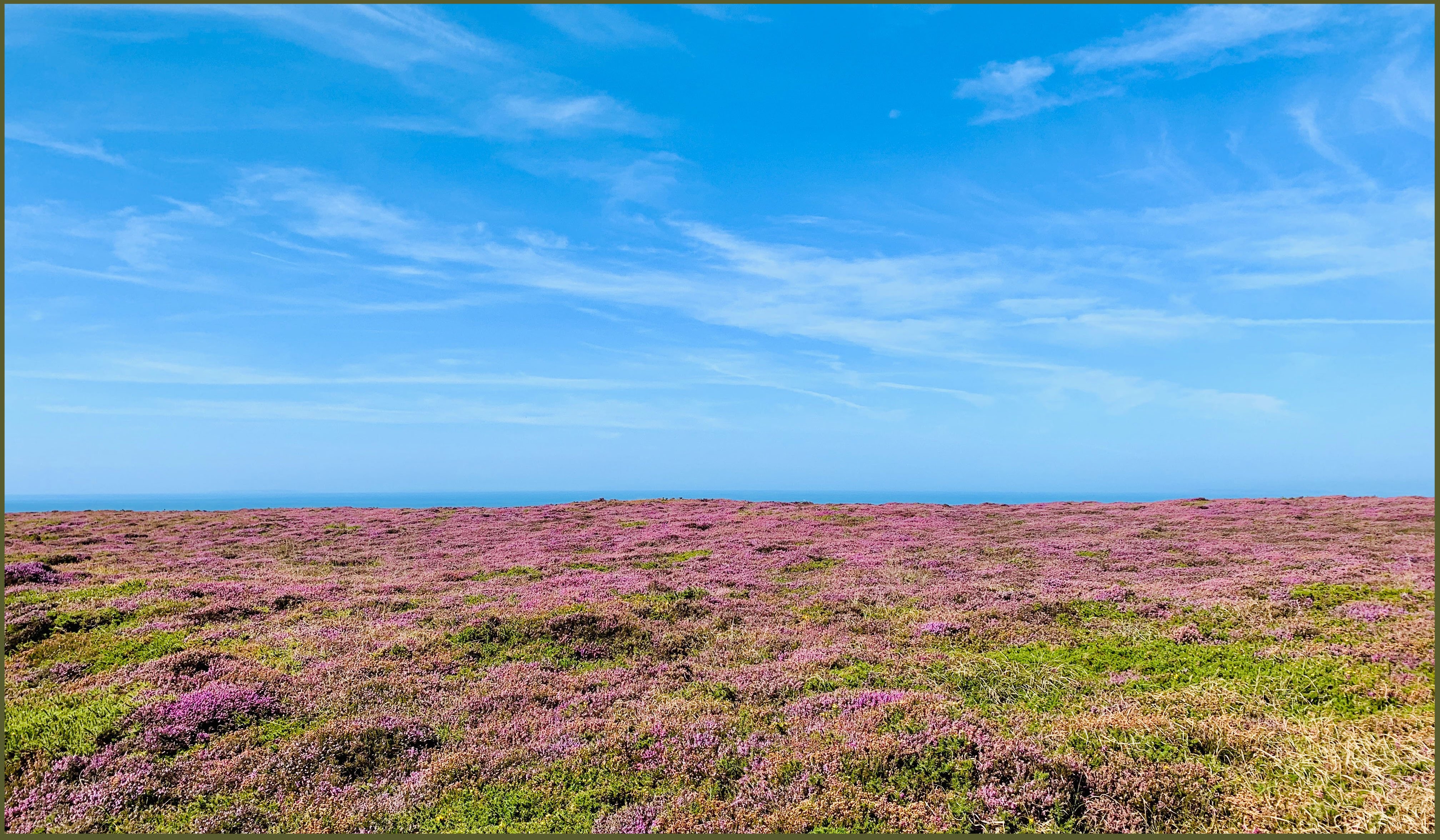 After the fall of the city of Cherbourg, the 47th Infantry Regiment continued its way to the West toward the Cap de la Hague.

The Germans nicknamed rightly so La Hague "the Peninsula of transmissions".

Radars and cannons were very present all along the coast of the Hague peninsula. The construction of blockhouses and fortifications in the North of the Cotentin began in 1942, mainly to defend Cherbourg.

It then became a site for radars and transmissions, representing at least 10% of German radio-detection systems of the whole Atlantic Wall! The main sites were: Digulleville (la Gouinerie et le Petit-Parc (D-245)), Beaumont-Hague and Jobourg (D-901).

The Germans reinforced this region to its limit. The peninsula cliffs with heights up to 180 meters (600 feet), just 60 nautical miles from England, served as a forward radar post.

La Hague peninsula was riddled with German obstacles, defenses and fortifications, from Urville-Nacqueville to Biville (D-118), from Beaumont-Hague (D901) to Auderville.

At first the tactic for the 47th Infantry Regiment was to make a series of jumps, alternately by battalions behind each other, pushing to the coast and clearing all the areas. But this tactic was rapidly forgotten because the strongpoints at Gréville–Hague and Hameau de Gruchy were too well defended and could mutually provide cross-firing and fire in front of the other.

The 1st Battalion took the village of Querqueville then, pulled around the 2nd Battalion and went northwest.

Seize the Fort of Gréville-Hague.

The fort described by the American soldiers was not a real fort as the ones around Cherbourg but a series of strong fortifications made by the Germans.

The city of Gréville–Hague was the strongest positions in the North of the Cotentin Peninsula, supported by another “Fort” located southeast at the Hameau de Gruchy.

The “Fort” of Gréville–Hague defenses had:

This attack on the Fort of Gréville-Hague could only be made possible if the 3rd Battalion succeeded in taking down the “Fort” at Hameau de Gruchy.

Thank God, the mission was a huge success!

The attack was meant to begin with an air bombardment but it was cancelled due to the bad weather, therefore the artillery took over and did the job. The 88 mm gun was knocked out, mortars were silenced.

Captain Otto Geyer CO of Company “F” of the 47th Infantry Regiment placed two tank destroyers in a tank ditch to hide them.

The Line of Departure was a stream bed. The 1st Platoon under 1st Lieutenant John Booth’s command was sent down the road to Gréville with one tank.

The 2nd Platoon led by Lieutenant Morris Floyd was echeloned to the right rear and Lieutenant Jack McDaniels leading the 3rd Platoon was on the left rear with another tank.

Note: A third tank stayed in the rear of the LD in support; “E” Company was deploying itself in the same way as “F” Company but had no tanks in support.

When “F” Company  arrived in front of the first German defences, they noticed that the trenches dug in by the Germans were abandoned due to the heavy artillery fire so it was decided to use them as an entrance to work their way up to the town.

While American troops were advancing through the trenches, hundreds of Molotov cocktails were found. Thankfully the Germans didn't have the time to use them.

The two tanks in support of "F" Company were firing on the pillboxes, while the men were reaching the houses at coordinates 018275.

The first German opposition appeared. Machine guns and machine pistols were firing on them from a pillbox but tanks and grenades finished them off.

Captain Geyer managed to get in an abandoned German CP, where the Germans had left a periscope. He used it to locate the German mortars at the North and West who were firing on them. Captain Geyer was then able to give precise orders by radio to the 84th Field Artillery Battalion to fire on the enemy.

The 1st Battalion who was attacking by the East was pinned down, luckily Captain Geyer who made aware of it, having a radio ordered his mortars to fire smoke shell to hide them during the retreat.

Note: The CO of the 1st Battalion was in the CP with Captain Geyer and was relieved for his failure to manage efficiently the situation.

At 11:00 hours Gréville-Hague fell under the control of the Americans but the Germans were still holding their positions at the West.

Assault on the “Fort” of Hameau Gruchy

While the 2nd and 1st Battalions were assaulting the “Fort” at Gréville–Hague, the 3rd Battalion was concentrating on the German positions at Hameau de Gruchy which could provide fire support for the guns at Gréville–Hague (1 km distance).

Before attacking the Hameau de Gruchy, the 3rd Battalion moved from their assembly area on the 29th of June 1944 passing through the South of the village of Urville-Nacqueville (D-45), and went on West.

Patrols were sent to the Hameau of Chasse Nicolle (D-402) and to its vicinity to determine the enemy strength and positions.

“K” Company under Captain James D. Allgood’s command was in the lead followed by “L” Company.

The outposts were not defended and 40 prisoners of war were taken.

At 19:30 hours the Germans could be seen all over the real fortifications. Medium and light artillery were requested at 20:00 hours but only the mortars fired due to some trouble of communications.

The Germans seized the opportunity to fire back thirty minutes later obliging the 3rd Battalion to retreat.

“K” Company still in the lead, deployed as follow:

By 12:00 hours men had captured the fortifications, Colonel Donald C. Clayman set up his CP in a captured bunker on the slope to the East where he had a good observation and could direct fire.

After the taking of the fortifications, "K" and "L" Companies took defensive positions but as there was a gap between them, "I" Company was brought in support around 13:00 hours.

The 3rd Battalion was also receiving fire from Gréville–Hague, particularly from a 50 mm mortar which fired 6 rounds at the time.

"K" and "L" Companies were receiving cross fire! "I" Company was sent to Gréville-Hague around the left flank to seize Hill 64 where the mortars were shooting from.

The company continued its advance on the left, and was stopped by a pillbox with a 50 mm gun. A machine gun BAR was set up and fired on it, by 14:00 hours it was out of action.

One hour and a half later "I" Company reached the crossroad at coordinates 009287 and by 17:00 hours not a single shot could be heard. 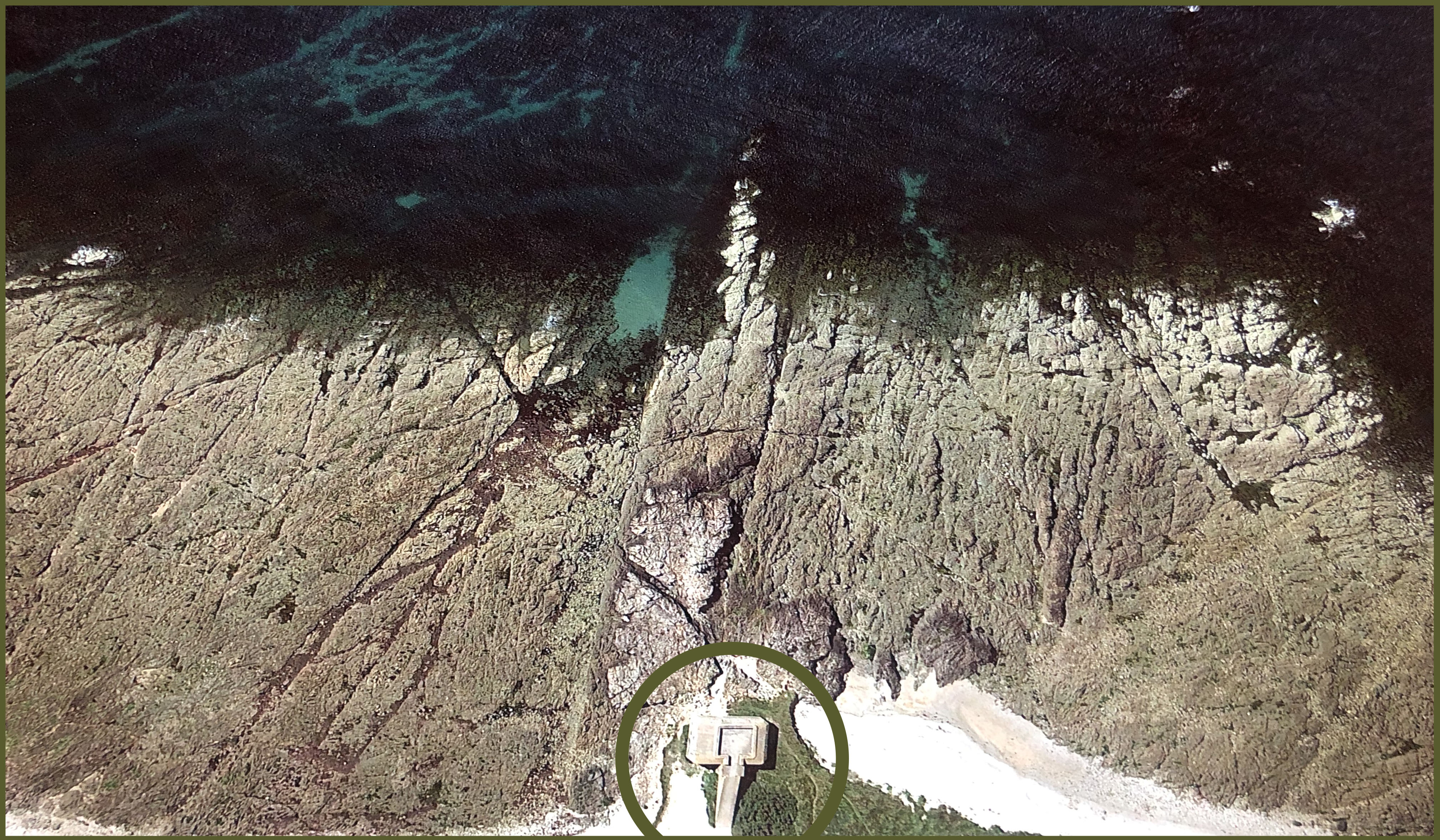 During the 30th of June 1944 battle, 500 prisoners of war were made, and 65 soldiers were considered casualties.