Why was it so important for the American army to cut the Cotentin Peninsula ? To isolate the German forces of Cherbourg giving them no chance to escape! 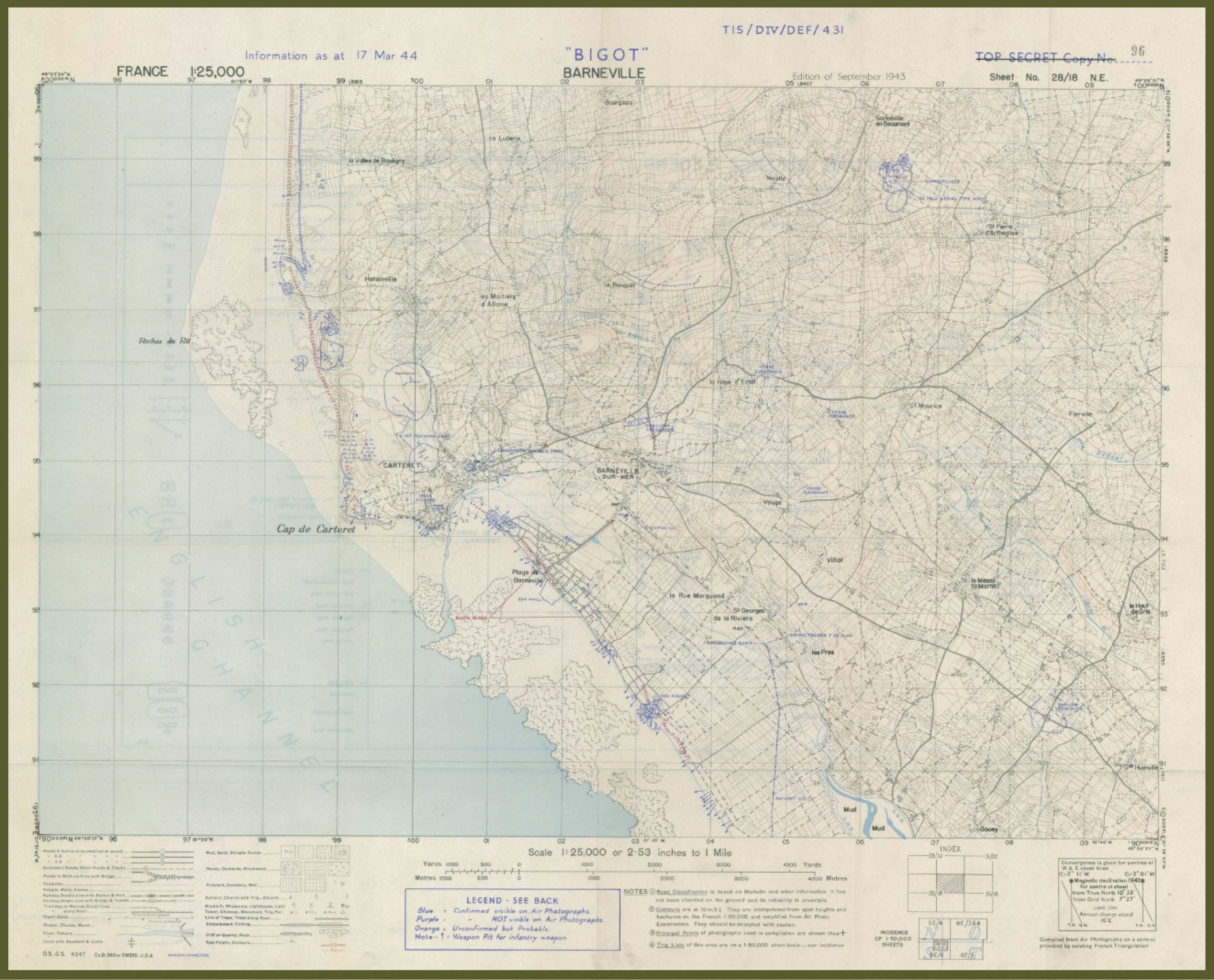 To complete its objective, the 47th Infantry Regiment of the 9th Infantry Division had to push forward the town of Barneville-Carteret and then go North toward Cherbourg.

Normandy American Heroes wants to tell you the story of those men.

On the 17th of June 1944 the 2nd Battalion of the 47th Infantry Regiment was crossing the bridgehead at Saint-Sauveur-le-Vicomte along the D15 road to Saint-Lô-d'Ourville road.

Its objective was Hill 110 which was used as an observation point by the Germans.

In the afternoon, the 2nd Battalion reached a wooded area at position 1494, finding an ammunition dump.

Then the battalion split up with “F” Company going North, “E” Company to the southwest to approach Hill 110 by the East. Their objective, Hill 110 was not heavily defended only some barbed wires and obstacles.

In front of the hill, the Germans withdrew, and Captain Otto Geyer commanding Company “F” took his men through the woods and up the hill without encountering any opposition.

One platoon was sent to the West to reach the road junction coordinates 129949, while the 1st Battalion passed through the elements of the 2nd to the North then moved to the West to cut La Haye-d’Ectot – Barneville-Carteret road (D-130).

“E” Company which was followed by “G” Company crossed Hill 110 by the South without meeting opposition.

After the taking of Hill 110, Company “G” led an attack on the main road at coordinates 136933, and were badly stopped by the Germans. “E” Company and “F” Company came to its rescue.

Company “F” had one platoon with “G” Company on the road Besneville – Carmesnil, the road was under control after some skirmishes.

The three companies had to face the German counterattacks but they were repulsed. During the rest of the day, the enemy attempted to retake the road but without success. By the end of the day, the 2nd Battalion dug in for the night and consolidated the line.

-  “E” Company to pass by the trail from the village of Carmesnil at the southwest.

Company “F” reached its objective which was the crossroad at position 1090 but during the advance, it met well protected German emplacement and well trained German soldiers.

In the meantime, Company “E” was fighting in the village of Canville-la-Rocque, suffering artillery fire.

In view of this terrific fire, “F” Company came to help their band of brothers in placing mortars and machine guns on the northwest of the road.

This action forced the Germans to withdraw allowing the seizing of Canville-la-Rocque at 11:00 hours.

The Germans tried to counterattack with their airplanes but the P47's chased them off.

Late afternoon, the 90th Infantry Division relieved the 2nd Battalion. The men went back to their assembly area to bivouac for the night at Fierville-les-Mines.

On the 19th of June, 1944, the 2nd Battalion was loaded on truck to check if some German stragglers were still in the vicinity (at the North) of Barneville-Carteret. Some of them were found and sent to the US Military Police.

On the 20th of June, 1944, the 2nd Battalion approached the crossroad position 0519 at 14:00 hours meeting heavy fire from different kinds of artillery: 88 mm guns, 20 mm antiaircraft guns, machine gun nests located at the North and Northwest of the village of Acqueville. Men of the 2nd Battalion believed that the Germans used the church as an observation post.

The Germans succeeded in stopping “E” and “F” Companies killing Lieutenant Colonel Johnson, Battalion CO, leader of the 4th Platoon of Company “F” and the Artillery officer. Executive Officer of “F” Company, Captain Otto Geyer and a radio operator were wounded by an 88 mm shell.

The three companies of the 2nd Battalion were all pinned down so it was decided to pulled back from the crossroad. The support of the tanks didn’t work because the antitank German guns knocked them all off! Officers suspected the church to be used as an observation point, mortar fire was directed on it but also on the village all throughout the day of the 21st of June 1944. 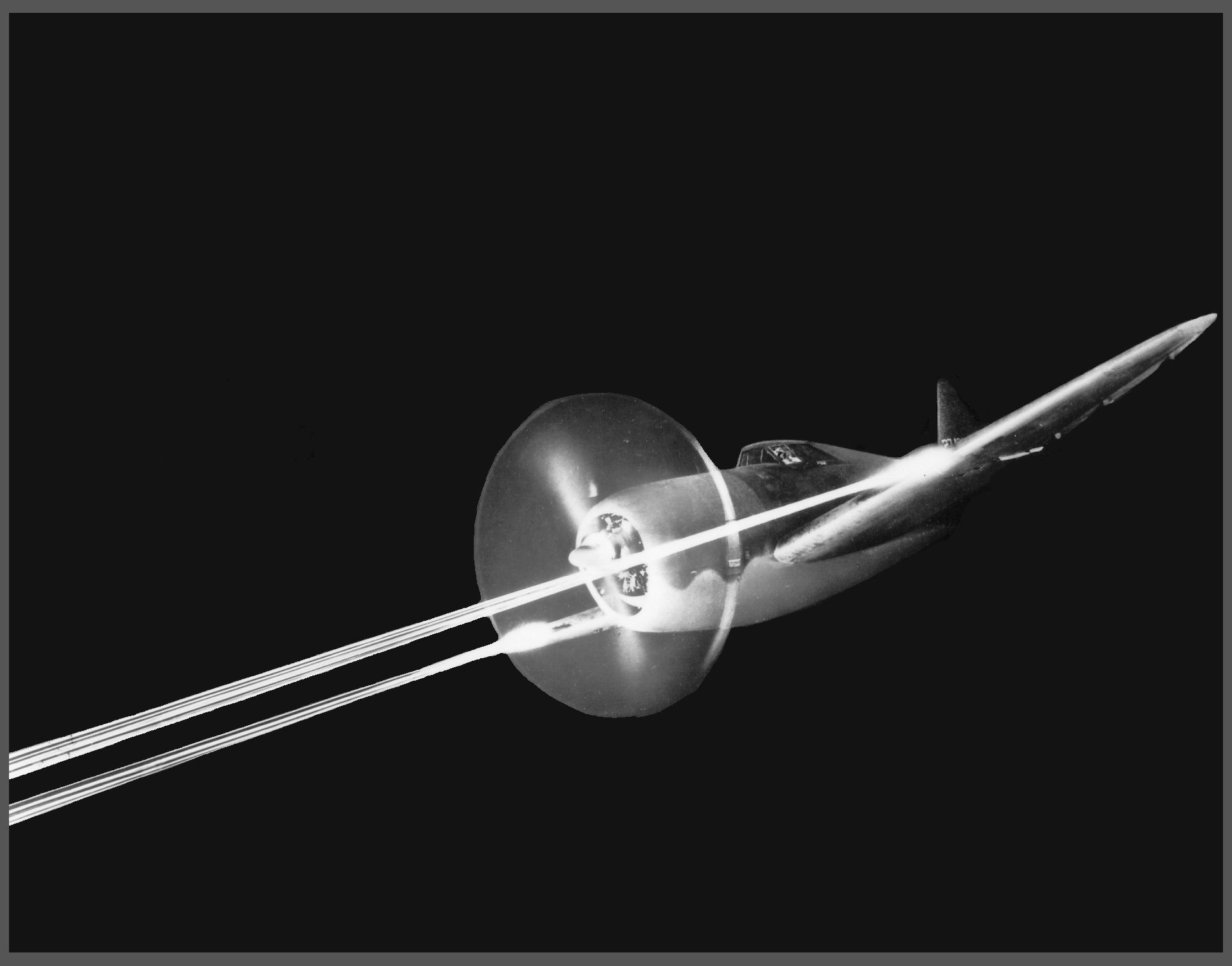 The next day air support was received at 09:00 hours, P47s and P38s went into action in bombing the German positions. The mortar shells then took over and finished the job. Once all German guns were out of action, tank destroyers were brought onto the frontlines around 13:00 hours.

Some jeeps from the 60th Infantry Regiment came down the road at the crossroad by mistake and received some of 2nd Battalion’s fire by mistake.

While the guns were silenced the attack jumped off at 14:00 hours, Lieutenant Booth now in command of “F” Company  ordered his men to pass by the left of the road with “E” Company on its right.

“E” Company broke through the hamlet of Le Bas Baudienville at the South of Acqueville but none of the  companies could get through the German positions.

At 17:00 hours the barrage started. Under mortar fire, Lieutenant Jenkins moved his men across the road ordering Captain Inzer to fire every 100 yards ahead of them.

Captain Inzer testified: “It was one of those Fort Benning exercises, taken right from the book”.

The ground was rising around Lieutenant Jenkins’s men but none were wounded or killed. His men charged into the enemy position and 50 prisoners were made.

In view of this action, the rest of“G” Company  arrived, “E” Company went through Le Bas Baudienville, “F” Company to the North and West. The area around the crossroad was secured and covered by machine guns.

After passing Hill 90 coordinates at position 1593 on the 17th of June 1944, at 23:00 hours, the battalion went toward its objective by passing by Saint-Sauveur-de-Pierrepont (D-127) to protect the VII Corps's South flank.

That night, no moon could be seen, everything was quiet and dark.

Colonel Donald C. Clayman had to order his men to stop several times to check his maps, to make sure they were not lost.

The cover provided by the darkness enabled the 3rd Battalion men not to be spotted by the Germans around them. They were gun emplacements and German bivouacs along the road. The battalion passed so closely to the enemy that men could hear their voices!

Private Igor Kunicky from “L” Company was at the head of the column. Fortunately for his comrades he spoke German. He engaged the guard into a conversation telling him they were about 12 lost soldiers with their machine guns returning to their unit.

As you understand this was a trick. Against all odds the German guard started to interact with Private Kunicky, telling him he was from the 921st Regiment of the 243rd Division.

The German didn’t know but he had just signed his death warrant.

Private Kunicky cried out “Now” then jumped into a ditch. The Intelligence Section fired with their Tommy guns on the four Germans and the rest of the force threw hand grenades on them. This fire alerted the other German soldiers The 3rd Battalion was now into battle.

After this skirmish, few prisoners were made and the battalion continued its advance to Saint-Sauveur-de-Pierrepont.

End of the line

On the 18th of June, 1944, the battalion worked its way down to the Saint-Sauveur-de-Pierrepont approaching it by the North but before reaching its destination, it encountered machine gun nests and 50mm mortar fire.

Captain Allgood said:  “We weren’t sure of our position, so instead of taking up a defensive position we decided to attack”.

The attack was scheduled at 14:00 hours but some Germans to the rear, fortunately they took position between the 3rd and 2nd Battalions.

Both battalions fired on them, reducing the enemy strength to nothing.

At 15:00 hours, the 3rd Battalion re-focused on its original plan of attack. The line of departure was La Lande (D-167).

"K" Company led it on the right, "L" Company on the left followed by "I" Company. The three Companies encountered heavy machine gun fire but overcame it.

One platoon of "L" Company went into town passing by the church, and a second one passed by the railroad.

The position taken by "K" Company was not good enough to received support fire from the other Companies. The feeling to be totally surrounded by the energy emerged.

Captain Allgood decided to go back to the CP at La Lande to inform the headquarters of the outcome.

Fear and uncertainty had spread over the entire Company, worse, men were starting to run out of ammunition.

When Captain Allgood came back with the order to withdraw, "K" Company Platoon Leaders started to argue with him as they believed there was a very good chance to be pinned down by the enemy while retreating.

Captain Allgood insisted in creating a support barrage of fire from squad to squad as the Germans, positioned at the East of the town, had more men, more equipment, and machine guns!

The original plan was to be relieved by the 90th Infantry Division but orders came in just before their arrival.

"K" Company pulled back to the assembly area at 23:00 hours, but just before leaving, the Germans attacked the CP with machine guns and machine pistols.

The Battalion withdrew as quickly as it could, Private Walter Neely, in the lead.