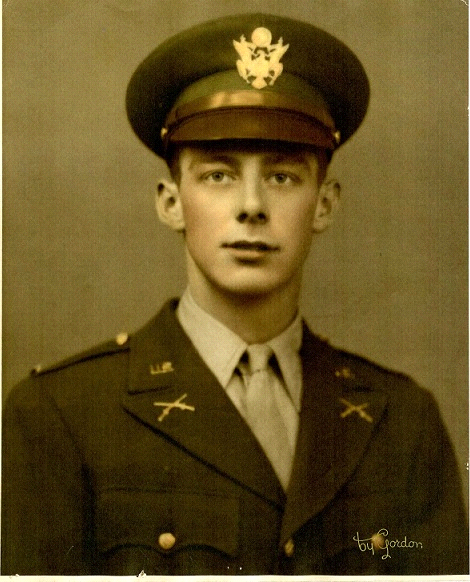 After the U.S.A. entered the war, Dwight J. Flemming decided to join the U.S. Army, just as many other young men did. He enlisted in the Army at Camp Upton NY on November 16th, 1942. His brother Howard C. Flemming also joined the U.S. Army and was sent to the Pacific theater.

Dwight was sent to the famous training camp Fort Benning, Georgia. He began as a Corporal, studied at the Infantry Officer Candidate School, and graduated 2nd Lieutenant in 1943.

Dwight landed in Normandy at Utah Beach, 2 days after the D-day landings, on June 8th 1944.

On June 18th, the 4th Infantry Division worked with the VII Corps in taking Cherbourg. The town was captured on June 25th 1944. After taking part in the fighting near Périers, July 6-12 1944, the division broke through the left flank of the German 7th Army.

Dwight was seriously wounded at the head in Saint Lo, Normandy on the 1st August 1944. He was sent to a field hospital on the front, then was sent to England to be treated. 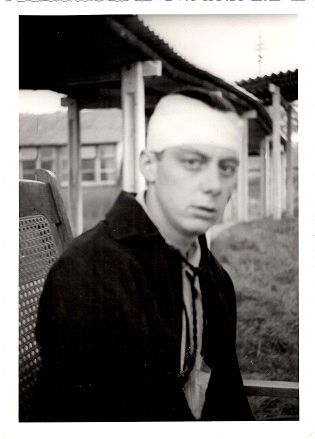 Dwight stayed several months in England; this picture was taken in October 1944. He still had a big bandage on his head.

Between October to December 1944 Dwight was sent back to the United States and stayed at the Wakeman General Hospital Camp Atterbury. He wrote many letters to his family, this one was sent to his aunt Flora. 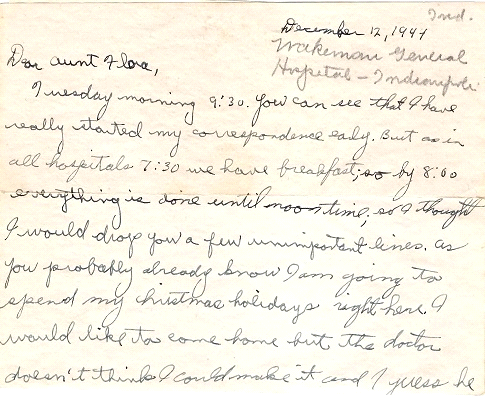 Dwight's letter written n December 12th 1944: "I am going to spend my Christmas holidays right here. I would like to come home but the doctor doesn't think I could make it and I guess he is right..." 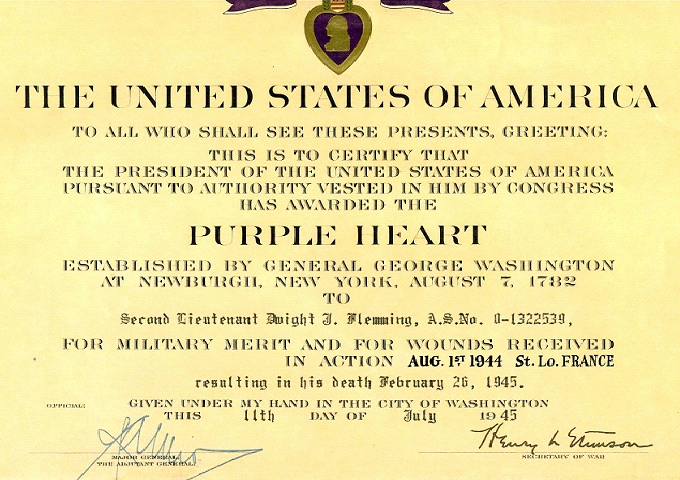 His personal effects were given to his family. You can see on the picture one of his wool shirt with the 2nd Lieutenant insignia, his Officer garrison cap, and basic field manual, Military Courtesy and Discipline. 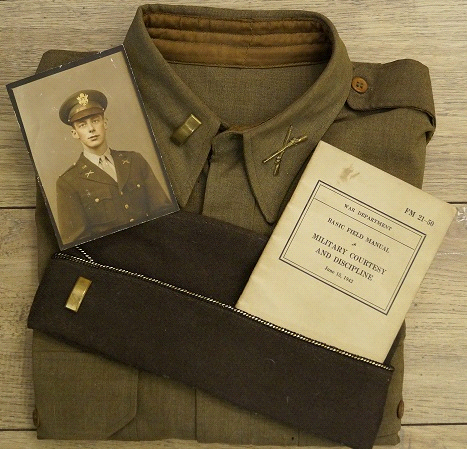