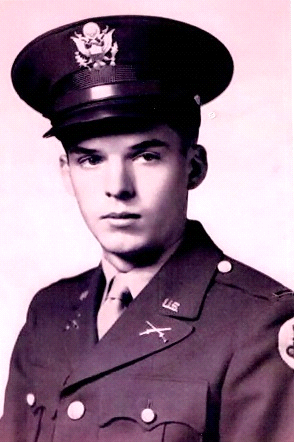 One day after the attack on Pearl Harbor (December 7th 1941), the United States entered in the World war II conflict. Many young American men decided to enlist in the Army, and Oscar Roy Greene, Jr. was no exception.

1st Lieutenant Oscar Roy Greene Jr grew up in Newburgh, NY and was called "Roy" by his friends and family.

Roy decided to join the Army on Friday 13th February 1942 along with 13 other volunteers from Newburgh NY. After that, the young men left the local Army recruiting service station to go directly to a training camp. 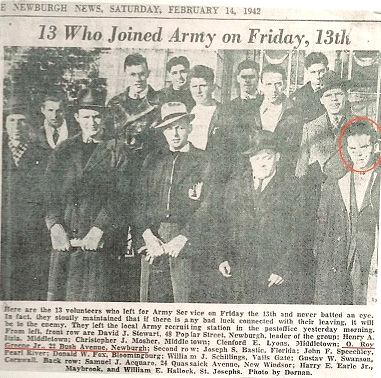 The Newburgh News clipping dated February 14th 1944, Roy is at the right.

He left his family and girlfriend Ann and was sent first at Camp Barkeley, Abilene, Texas.

Later, he arrived at Fort Sam in Houston, Texas and on June 30th 1942, having satisfactorily completed the course, he was enlisted as a medical technician at the Station Hospital. He then became a temporary Warrant Officer on the 2nd September 1942.

Roy then joined the Tank Destroyer class on December 4th 1942 and became an officer in 1943. During a leave, in April 1944 he married Ann at Freeport Long Island NY. In 1944, 1st Lieutenant Roy Greene was at Fort McClellan Alabama with the 5th Infantry Division, 10th Infantry regiment Co"E", then left for the European theatre.

The 5th Infantry Division, aka "Red Diamond," landed at Utah Beach on 9th July 1944. This Division actively participated in the liberation of French towns, including Anger, Chartres, Reims (August 1944) and Metz (November 1944)

The division crossed the German border at the beginning of December 1944. 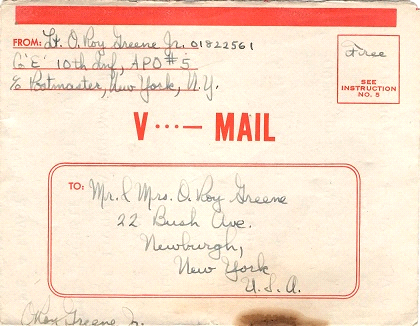 Roy regularly wrote letters and v-mails to his family. This v-mail sent to his parents is dated 16th December 1944. Roy wrote : "Once Germany is licked we will be able to start living a normal life again. When I think of all the trouble that old Hitler started, I boil"

In February and March 1945, the division drove across and northeast of the Sauer, where it smashed through the Siegfried Line and later took part in the Allied invasion of Germany.

Roy was killed in action on 8th February 1945, crossing the Sauer River in Germany with his regiment.

After being buried in a temporary cemetery on the battle front, he is now buried with his 7,992 unfortunate comrades at the Henri-Chapelle American Cemetery in Belgium. 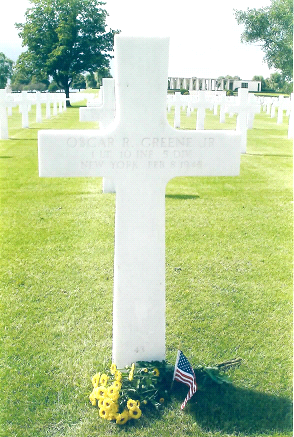 His personal effects were sent back to his wife in Newburgh NY. Among those items, was his watch, he had it during the battle and it stopped at the hour of his death, Thursday 8th February 1945. 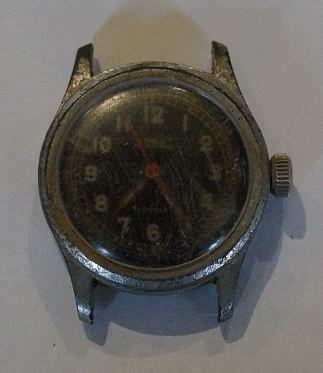