Built between 1942 and 1944, East of the city of Soissons (France), the Wolf Lair - W2 known as the "Führerhauptquartiere Wolfsschlucht 2" was the biggest Third Reich Headquarters ever built of the Second World War!

After the infamous Blitzkrieg, to stay closer of their troops, the Führer decided to move his command post. On the 11th of June 1940 at 1130 am the Nazi officers were gathered to plan the construction of a new command post somewhere in Western Europe.

On the 19th of August 1942, the Allied Forces attacked the harbor of Dieppe in France. Operation Jubilee was a huge failure but it enabled the Allies to test the Atlantic Wall defences. Hitler knew that someday and somewhere on the West coastline, the Allied Forces would land. " In the eventuality of an invasion from the West, I will personally take the command of the operations" Adolf Hitler. It was from this moment on that the construction of the Wolf Lair - W2 was decided.

The Todt organization was in charge to build the Wolf Lair - W2. To do so, the Todt organization had specific requirements. A tunnel had to be close by to welcome the Führersonderzug "Amerika" (Hitler's personal train) with a road network, an airfield, telephone and electrical lines, water supply nearby and finally a site that could be easily camouflaged . The Pas de Calais region would have been the best place to build it, but it didn't meet all the requirements.

The valley of the Aisne region was chosen, near the city of Soissons, precisely because there, was a tunnel, the tunnel of Vauxaillon near the villages of Laffaux and Margival that could hide the "Amerika" from potential air strikes.

This area had many benefits to welcome the Wolf Lair - W2. The Germans had already been there twenty years ago during the famous WWI battle of the "Chemin des Dames", they knew very well the soil. The area is full of gravels which allows them to produce reinforced concrete. A few miles ahead, the canal of Oise and Aisne River allow to transport enough water for the men and for the constructions; more so many bricklayers lived in the vicinity of Soissons. The telephone network was modern because it had been rebuilt after the end of the First World War, three German airfields were present within a radius of 18 miles.

The plans of the Wolf Lair - W2 were created by Siegfried Schmelcher (Chief Engineer of all Führerhauptquartiere)  and his subordinate Léo Müller. Friedrich Classen the Bausseor, based in Soissons was in charge to execute the works. Then in 1944, Haupertz took the command to finish the construction. When the works started, only three thousands workers worked on the work site. After Operation Jubilee, the Todt Organization decided to increase the number of workers from three thousands to six thousands workers.

The Wolf Lair - W2 was protected by many bunkers divided into Panzerwerks (strongpoints). The Wolf Lair - W2 had the uniqueness to be defended by almost all the different type of bunkers built along the Atlantic Wall: Tobrouks, Infantry Bunkers, Fighting Bunkers, Command Bunkers, Pak Bunkers, Radio Bunkers....

6th June 1944, D-Day. The Allied Forces landed in Normandy, Adolf Hitler still thought that it was not the main landing and that the Allies would land in Calais.

Field Marshal Erwin Rommel, who was the only officer of the Third Reich to believe that it was the main landing, knew that if the Allied succeeded, the war would be lost.

On the 12th of June 1944, Field Marshal Rommel managed to send an urgent report to Berlin thanks to his friend, General Schmundt. The report detailed the progression inland of the Allied Forces.

On the 17th of June at 03:00 am, Field Marshal Rommel coming back from an inspection of the battlefield met General Hans Speidel waiting for him in front of the Chateau de la Roche Guyon's entrance. "Sir we have to go to the Wolf Lair - W2. They are waiting for us, today at 09:00 am, next to Margival in the North of Soissons. Field Marshal Von Rundstedt and his headquarter chief will be there too" said General Speidel. Field Marshal Rommel replied: "I guess we are about to meet someone else as well, aren't we?" The two Field Marshal's had agreed on what they would say to the Führer.

Entrance of the Führerbunker

Hitler arrived at his bunker at 08:00 am with his personal SS bodyguards. When Rommel arrived, he was surrounded by the SS soldiers in front of the Führerbunker. The SS guards took him directly inside the bunker where Hitler was waiting for him. Von Rundstedt was already there. During the meeting Rommel and Von Rundstedt presented the situation in Normandy, Hitler asked to use V1 rockets to destroy the Allies but the rockets were not sufficiently reliable.

"It is too risky to send the V1 in the frontlines, the dispersion is too large from 9 to 11 miles. We are going to kill our own men" said Heinemann, the Artillery General.

After some hours of arguing, the two Field Marshals didn't succeed in convincing the Führer to send the Divisions based in Calais to Normandy. The meeting ended at noon. 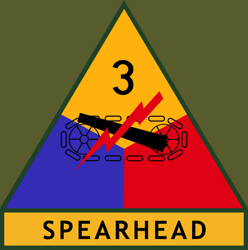 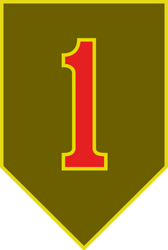 The city of Soissons was freed on the 29th of August 1944 by the 3rd Armored Division and by the 1st Infantry Division led by General Collins, those units will find the Wolf Lair - W2 undefended.

The US Army will stay there until 1946. After the war NATO will set up one of its base inside the Nazi former headquarters.

Nowadays the site is used for the training of the french firemen and policemen.