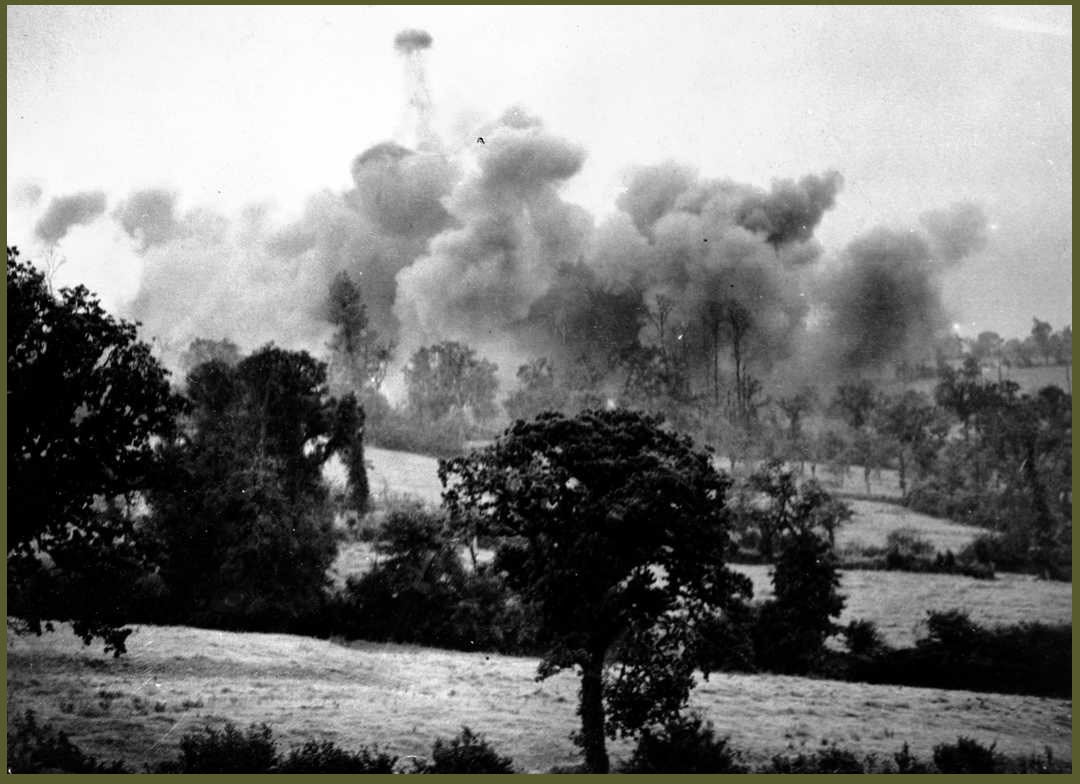 The components of the Task Force  "Cota" were: 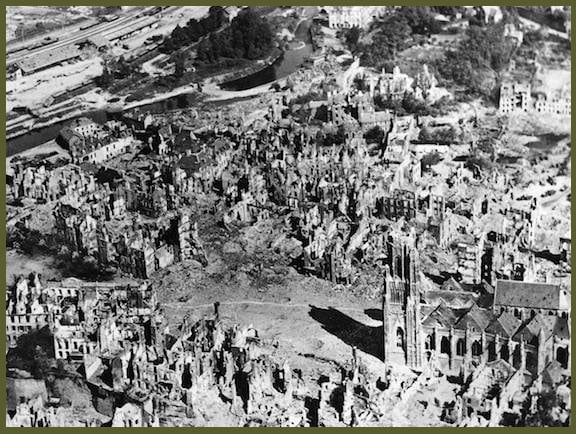 Its mission was to seize and to hold the town of Saint Lô. All the details and execution of the plan were worked out by:

The selected units of the Task Force were thoroughly briefed to be ready on three hours’ notice.

The Headquarters were counting on the Task Force for its speed, boldness and element of surprise

On the 18th of July 1944 at 03:10 pm Task Force “C” left its assembly area which was situated South of the village of Couvains where Technical Sergeant Frank Peregoy, recipient posthumously of the Medal of Honor was KIA, and advanced on the road Isigny-sur-Mer – Saint Lô.

The choice of this road was not chosen by chance: the 1st Battalion of the 115th Infantry Regiment was fighting in the northeastern outskirts of the town, the farthest advance of the Division.

From there the 1st Battalion would be able to give support to the Task Force if needed. On its way to Saint Lô, the 29th Cavalry Reconnaissance Troop commanded by Lieutenant Edward G. Jones Junior led the Task Force. Captain Robert W. Minor (S-2) thought that no resistance in the city itself was likely, only from the high ground where some mortar fire could be expected. The soldiers were ready to fight!

Hidden in an orchard, around sixty Germans started to shoot on Major Glover S. Johns and his men of the 1st Battalion of the 115th Infantry Regiment. Ordered to contain the enemy with only one platoon, the rest of the elements joined the rest of the Task Force.

While one platoon of the 1st Battalion of the 115th Infantry Regiment was dealing with the Germans, the Task Force was for a few moments delayed by roadblocks and mines. The obstacles were left at the side of the road and the elements of the Task Force met the Infantry forces in perfect timing. 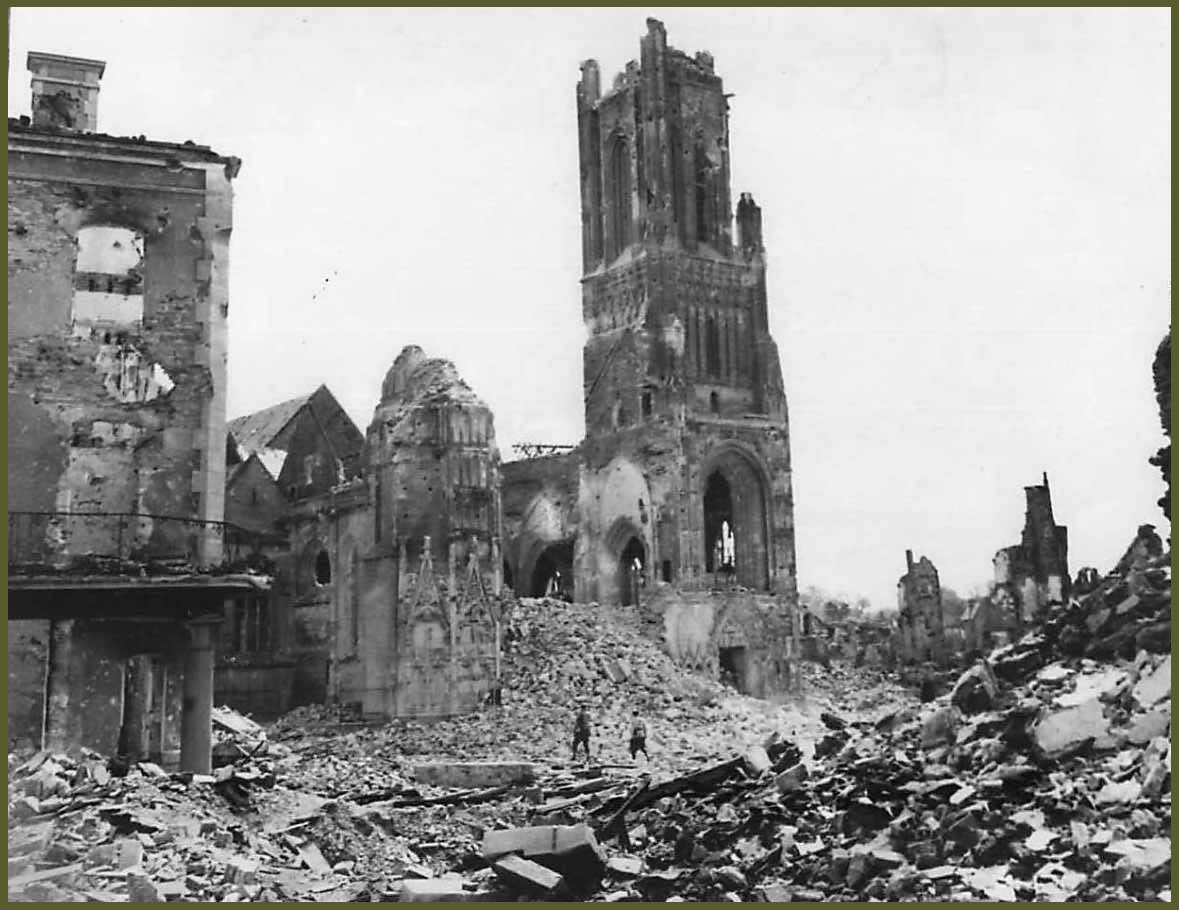 The first real opposition met by the Task Force was an Anti-Tank gun outside of the town which opened fire, but the 29th Cavalry Reconnaissance Troop knocked it out with its 37mm guns.

Then the German artillery and mortar opened fire, the heaviest fire was encountered on the bridge at Le Moulin Bérot (behind the "Haras National"). To prevent the German artillery to destroy the vehicles, most of the Task Force decided to go on foot and abandoned them for the last 500 yards.

The initial objective of the Task Force chosen by Major Lloyd M. Marr (Note: Formerly Captain, Major Mass was enlisted in the 29th Ranger Battalion before its dismantling on October 1943) was a square near the cemetery. The mission was to seize it and occupy it as a base for the next operations in the town. The Task Force pushed through the streets and deployed as Infantry when the advance with the vehicles became impossible. This deployment was necessary to seize the strategic points:

After the taking of these strategic points Major Glover S. Johns set up his CP inside the Blanchet’s mausoleum at the cemetery (near the road junction of the roads of Bayeux, Torigny-sur-Vire and Isigny-sur-Mer). 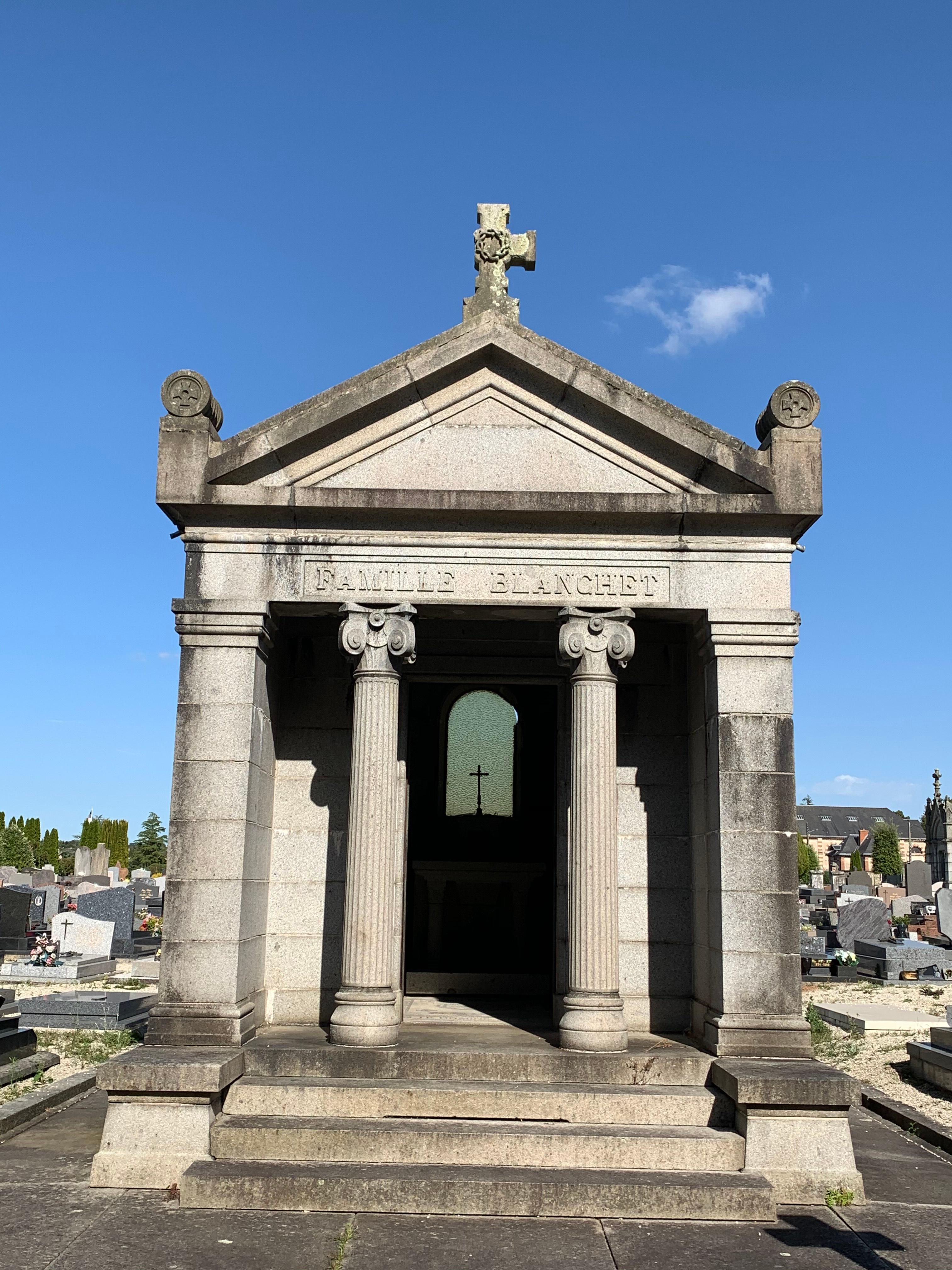 When the Infantry arrived, the men were gathered in groups of three to five, hidden behind headstones and were sent to seize then hold the other strategic points in the town (There were 17 of these). The ones which were taken by Task Force “C” were reinforced with roadblocks.

At 19:00 hours Saint Lô was secured and General Charles Hunter Gerhard sent a message to Major General Charles Harrison Corlett : “I have the honor to announce to the Corps Commander that Task Force “C” of the 29th Division secured the city of Saint Lô after forty three days of continual combat from the beaches to Saint Lô... 29th Lets’ go”. 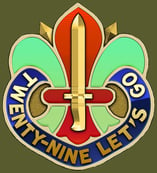 But the mission was not finished for Task Force "C"! The men received heavy fire and fought thru the battered streets to clean out the city from the hidden snipers and resistance pockets left behind by the enemy.

The main firing came from mortars and artillery which targeted all the city throughout the day. Several men were wounded due to the intense fire as well as General Cota evacuated at 19:30 hours.

For the next two days (18th and 19th) the city was still a hot place to be and the communications between the CP and the men extremely difficult.

During the night of the 19th of July there was no respite, the CP was bombed and machine gunned by five German planes! Some German soldiers engaged in a wild gunfight with a group of Americans, other Germans attempted to escape by one of the bridges on the west of the town but encountered seven Americans who welcomed them with their submachine guns. Some men of the Task Force found the underground enemy hospital (note: today a firing range) with fourteen wounded Germans, two German doctors and two wounded American soldiers who had been captured earlier.

After two days of hard fighting, Task Force “C” was relieved by the 35th Infantry Division and left Saint Lô.

It succeeded in taking and holding the town but encountered many casualties.

Of the six hundred men who had entered the town on the 18th, two hundred were casualties, wounded or killed on the 20th of July. Among them, the famous Major of Saint Lo who KIA symbolically was the first American to enter Saint Lo with Task Force "C"...resting today at the Normandy American Cemetery of Colleville-sur-Mer (Omaha beach). 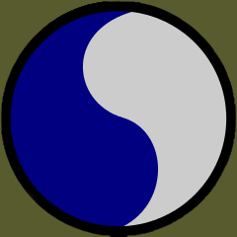