Normandy, nowadays everyone knows Normandy for the D-Day landing on June 6th, 1944. Nevertheless, its history is not only about this day. It is also rich in heritage with many picturesque, adorable villages and landscapes whether on the coastline or inland. Normandy is composed of five different counties, (Manche, Seine-Maritime, Calvados , Orne and Eure) each with its own identity.

This is why we have chosen to present you the seven most beautiful Norman villages that you should not miss during your visit in Normandy. 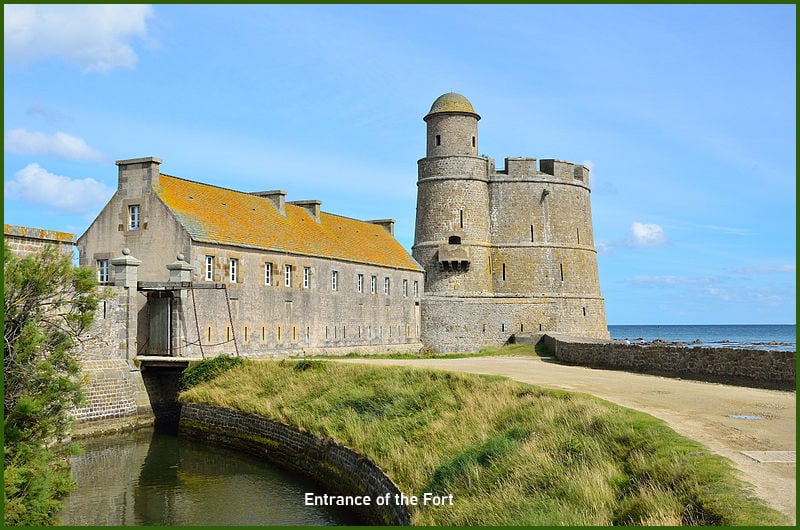 Added to the plan for the invasion in December 1943 Utah Beach had the purpose to cut the Cotentin Peninsula to isolate Cherbourg and to take its harbor in deep water by inland. The Cotentin Peninsula is also known as the “Hedgerows County”, back in the war those hedgerows were open-air coffins for the American soldiers as Germans turned them into fortresses. It has been 78 years since the Cotentin Peninsula regained its charm and calm giving way to beautiful landscapes and villages.

Since 2012 Stéphane Bern, French historian of international renown is the presenter of the TV show “The Favorite Village of the French” in which 13 villages compete.

In 2019 the village of Saint-Vaast-la-Hougue, 30 minutes’ drive from Utah Beach, on the East coast was designated by the French as their favorite village.

Note: Stéphane Bern was knighted by Queen Elizabeth II in 2014.

During the XVII century French Kingdom was in war against most of Europe, after a huge defeat offshore near Barfleur, the king Louis XIV didn’t have the choice but to give the permission to his Military Chief Engineer Sébastien Le Prestre de Vauban, to reinforce the defenses of the coast. One fort would be built as two towers known nowadays as “Vauban Towers”. Listed as a UNESCO world heritage site “Vauban Towers” rise from the ground as protectors of the Cotentin.

Located offshore from Saint-Vaast-la-Hougue, Tatihou Island was the first line of defense. Nowadays a boat provides a link between the mainland and the island so people can visit the beautiful garden, the museum and of course one of the Vauban towers. 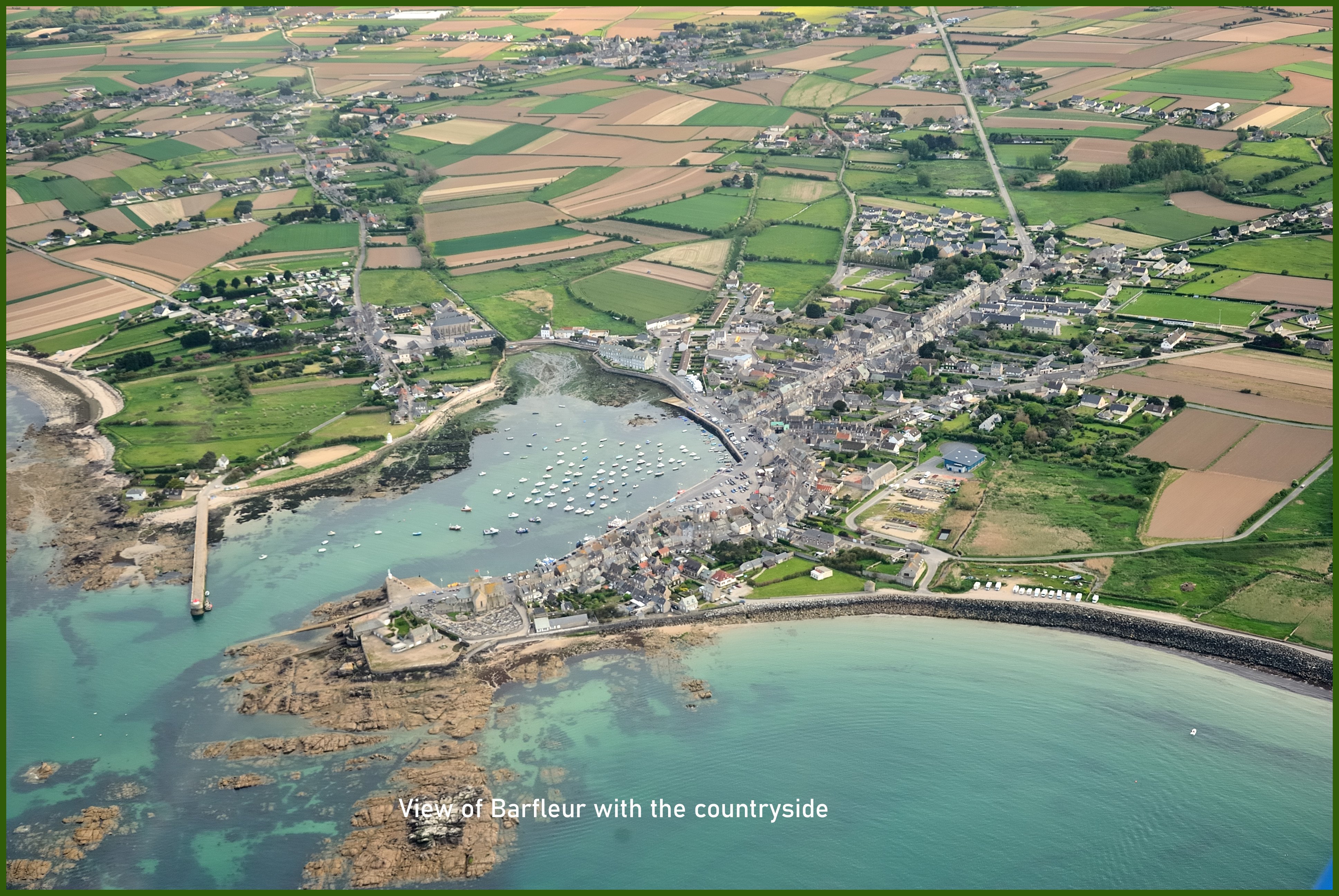 Liberated by the 4th Infantry Division in 1944, Barfleur a fishing village as Saint-Vaast-la-Hougue was highly prized by the Vikings and Romans before to become the biggest harbor of the Cotentin Peninsula during the Middle Ages.

Barfleur welcomed a lot of famous people as the French writers Victor Hugo, Jules Renard author of Poil de Carotte or Holy Marie-Madeleine Postel. Living to the rhythm of the tides, the village is considered as one of the prettiest villages of France. 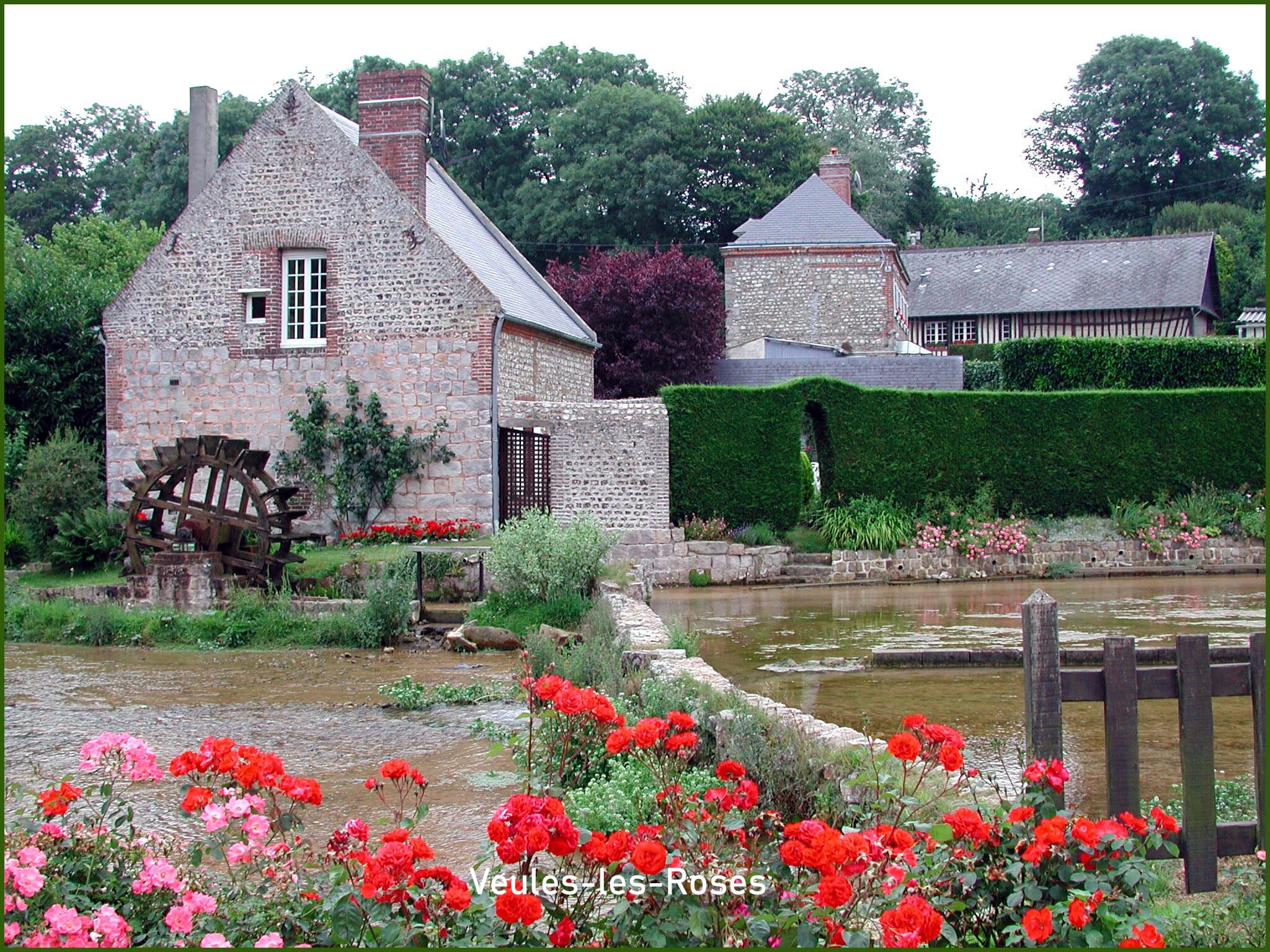 Traveling with Normandy American Heroes will take you back in time and in history by discovering WW2 sites and French heritage. Not far away from the town of Dieppe unfortunately known for the failure of Operation Jubilee, you will be able to discover Veules-les-Roses. Small Norman Village, you will be transported as in a poem or painting from the XIX century by the art of living thanks to the water mills, watercress beds and of course the smallest river of France “La Veules” which crosses Veules-les-Roses. 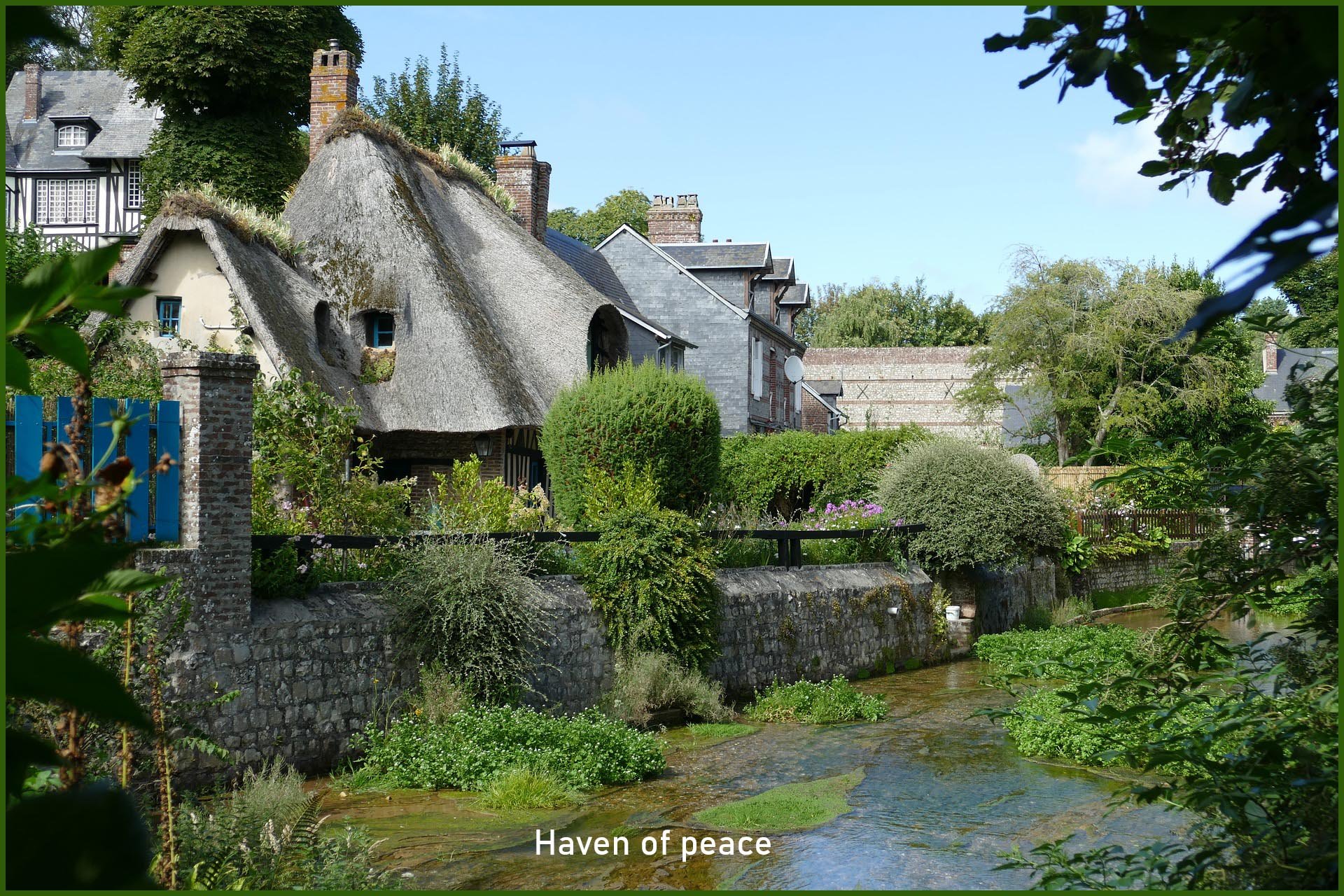 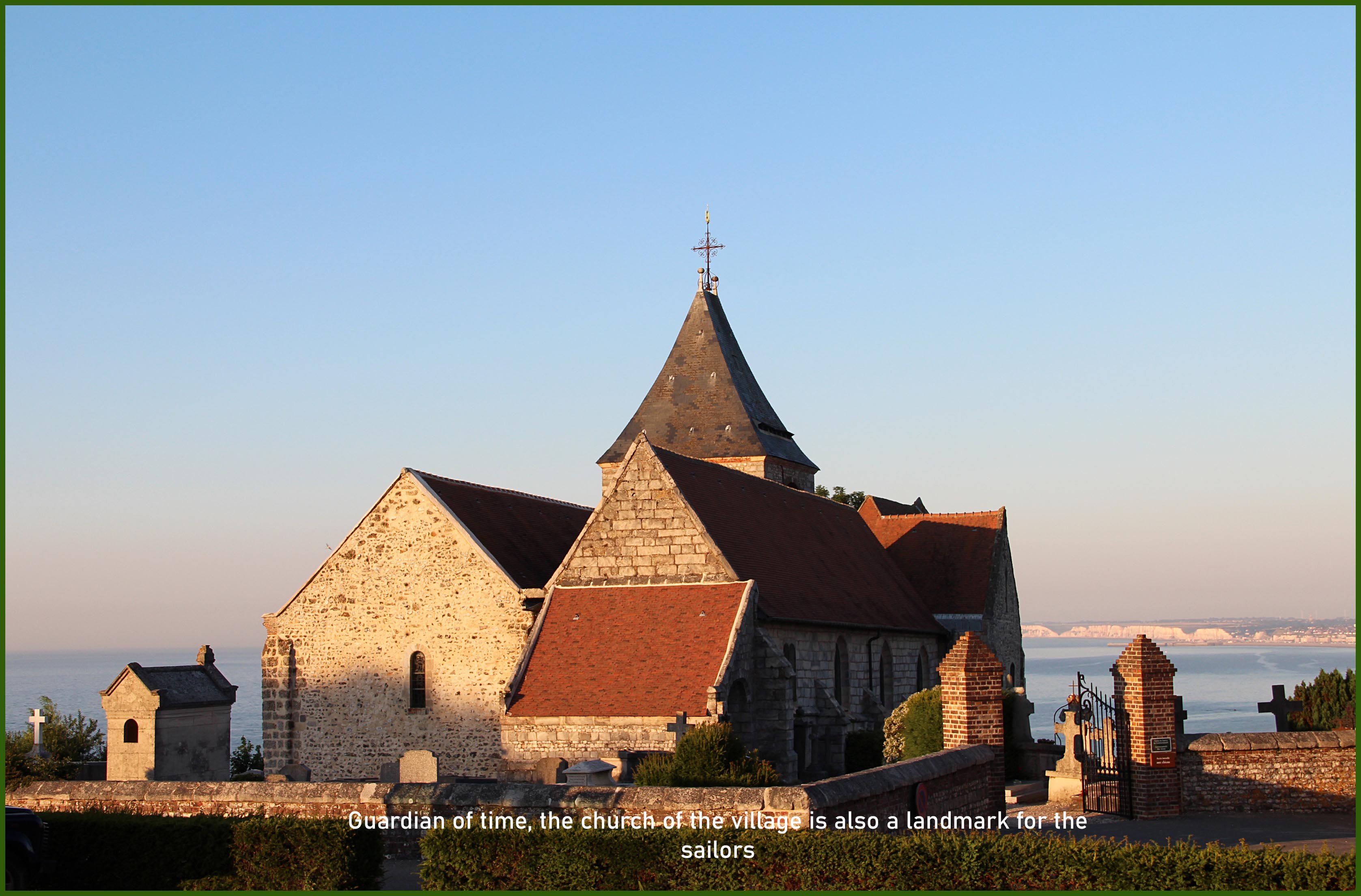 Some villages in our world have their own characteristics, some are made of stones, others of wood or clay. Built lengthwise along the cliff Varengeville-sur-Mer doesn’t have a city center, like a guardian of time over the English Channel, village and its church watch the arrival and departure of sailors. Once again, it has inspired many artists or painters as Claude Monnet, Jacques Prévert, Camille Pissarro, Jean Cocteau.

Located between Caen the town of William the Conqueror and Lisieux famously known thanks to Holy Thérèse, Beuvron-en-Auge is in the middle of the “Cider Road”. Typical Norman village with its wooden houses and its halls dating from the Middle Ages, it perfectly matches with the countryside and the Norman manors nearby.

Through History Saint-Céneri-le-Gérei has inspired many painters as Gustave Courbet who succumbed to the charm of the romantic church, houses made of “Roussard stones”, gardens along the river and bridges. All ingredients are gathered so artists can come to paint in peace.

Flowered balconies, typical Norman houses this Norman village owes its beauty to its abbey dating from the XI century.