“You don’t have a choice on shooting...You are a soldier. He’s a soldier and an enemy"

" I did not know about the concentration camps until we went to one in Germany...horrible. I went in and got sick and had to leave. I was told I didn’t have to go back into the camp." 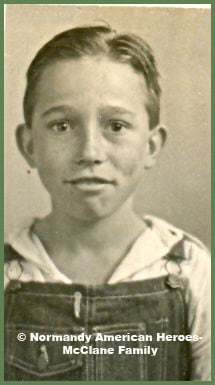 Born on May 24th, 1924, at Gainesville, Texas,  Weldon McClane worked at Consolidated Aircraft in San Diego, California before joining the Army.

At the age of 18 years old, he tried twice to join the US Navy but his attempts failed as he was working in an aircraft factory.

Note: After leaving the Aircraft factory, Mr. McClane worked for Katy Railroad, it was during this time that he was drafted into the Army.

Once enlisted into the US Army, Mr. McClane was sent at Camp Butner in North Carolina to start his military training.

He testified that he trained as an Infantry Man with the 78th Infantry Division known as the “Lightning Division”. While he was on leave, he was ordered to report to Baltimore. “I was there three days then sent to Boston. The second day there, we were put on a ship to England.” 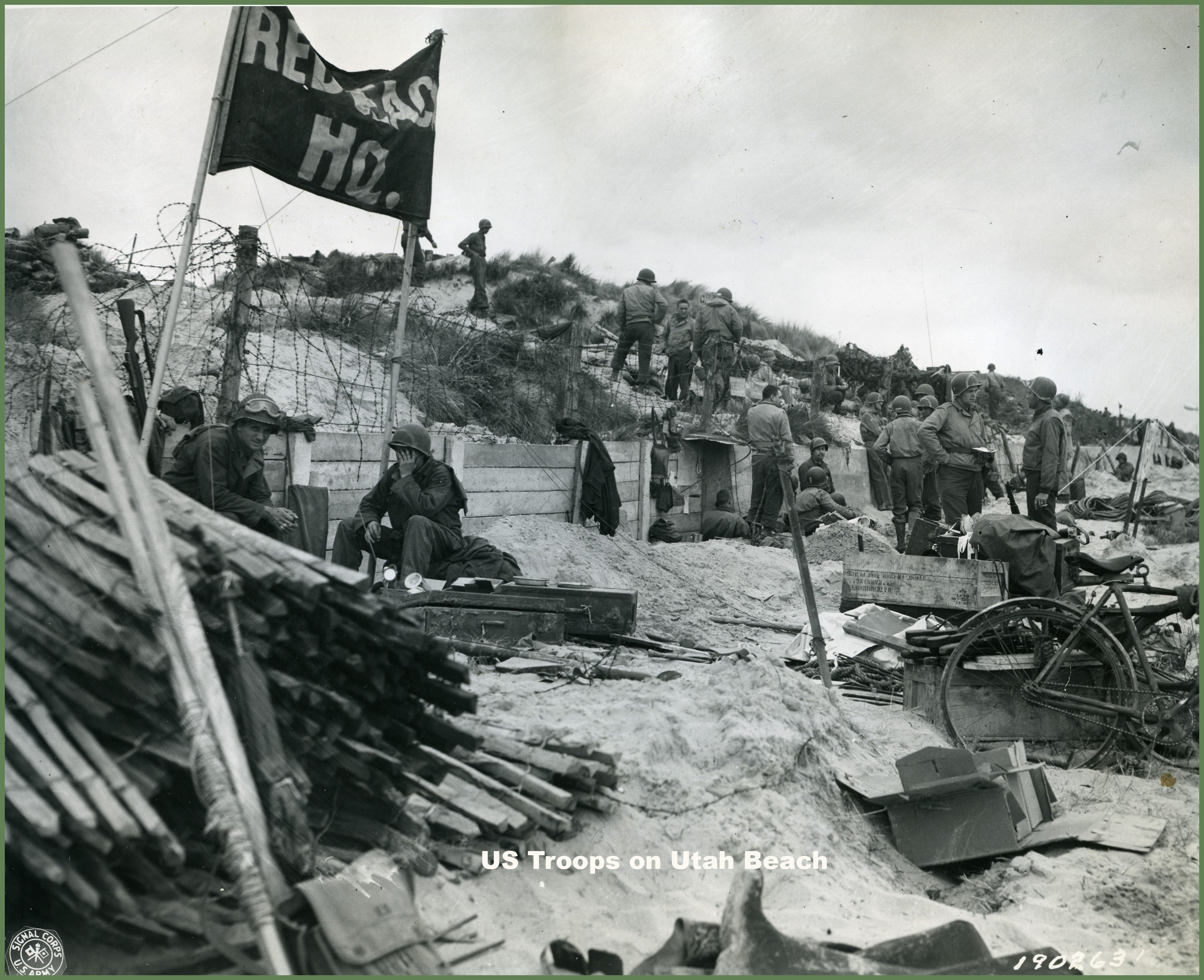 “I was in England on D-Day. We went to the docks and were waiting for our boat. The boat came in and had a huge hole. We were ordered off the dock. This was D-Day in the daytime. They took wounded and dead off the boat. We were assigned another boat that night right after sundown and still on D-Day. We left for France and as we got close, the boat had to zigzag around the wreckage and there were bodies floating around. The boat was crowded with troops. We got in France on D-2, June 7th, 1944.It was daylight. I think there was a floating dock we got on then stepped on the ground in France. We could hear a lot of war going on. We were amazed at all the bodies, it was terrible.  1st Lieutenant Alber DePolo said “Follow me”. I was sent to “A” Company with another guy. Replacements weren’t welcomed and the other guys didn’t talk to us. My first job was demining just past the beach. I was jabbing my bayonet into the ground and an officer took me off demining duty."

Lieutenant John I. Duffy  asked what I did in the Infantry. I was in the motor pool. He said “You’re my jeep driver". He didn’t have a jeep so I found him one. It was strapped to what was left of a glider that belonged to the 82nd Airborne Division. We may have had it a day. I told him We need to paint over the numbers and make it the 297th”. The 82nd saw it and came and took it. "

The cave of alcohol at Cherbourg, still famous for the 297th's veterans

On its way toward Cherbourg, the 297th Engineer Combat Battalion set up its CP at 23-24 Rue de Paris.

While men were on reconnaissance mission, some of them found a cave, full of various alcohol bottles.

“The cave with the liquor was found. Civil Affairs or some high-ranking Officials went to the tunnel. The 297th said they couldn’t come in because they were checking for booby traps. They set off some small explosions so the Officials wouldn’t come in. I don’t think our Company was close to it. I don’t know which Company went. But we must have had a truck there because we got a truck load of liquor. Everyone took the liquor then told the Officials it was safe for them to go in. No one checked the trucks. All of this I just heard talk about. I mostly did guard duty because I wasn’t actually an Engineer. I never entered Cherbourg."

It was “B” Company who found the cave, every man who entered Cherbourg from every units made a stop to pick up some bottles. “A” Company was at the time near Saint-Joseph building a Prisoner of War Camp for the future German prisoners of Fortress Cherbourg.

The capital of ruins

The city of Saint-Lô was an important crossroad between Normandy and Brittany. Who controlled the city, controlled both counties.

The 29th Infantry Division freed the city on July 18th, 1944 from German occupation after several days of heavy fightings.

The bombardment for the taking of Saint-Lô is still considered today by some American veterans as the biggest bombardment ever encountered.

Weldon E. McClane had the mission to evacuate civilians from the areas around the city. “Our mission was hauling civilians out during the battle….away from the battle to areas we controlled. I didn’t see the fighting go on but could very well hear a lot of it. Not sure who did all the shelling because we were trying to get the Germans out. I didn’t go into Saint-Lô after the battle…I was just inside the city limits." 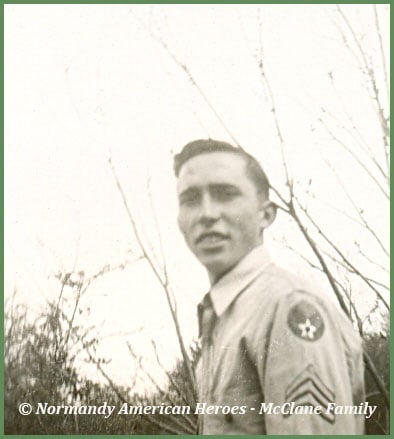 On the 30th of July 1944, “A” Company of the 297th Engineer Battalion was ordered to build a Bailey Bridge for the 3rd Armored Division at Gavray-sur-Sienne. While boys were working on it, German planes flew over it and made attempts to destroy it, wounding Private First-Class Weldon E. McClane during the night of the 31st July to the 1st of August.

" I was working under the bridge and we were told to clear the bridge. I remember a large shell coming in but it hit the water and didn’t damage the bridge. They timed how often a shell would come. But at night we were told to clear. I was shot from a machine gun from the plane—strafed. A guy in front of me was hit in both shoulders. I was hit in the leg and arm---back of my leg. They dropped a bomb after he went past us and I was hit with shrapnel—all in the same leg. I still have problems with my leg. A jeep came and picked us up as we were walking on the road. He took us away from the bridge and said he would come back to get us. We were sitting in a bar ditch. We saw a guy walking that couldn’t get his rifle off. When we heard him say, "Them guys are really catching hell there"...we knew he was American. There were ambulances in a field there and two came to get us. A guy started cutting my boot...I tried to stop him. He said "you don’t need that anymore". They hauled us to a field hospital at daylight. They did more work on me. I saw some guys from the 297th and asked if any were killed...they said none they knew of. I was taken to where a C-47 was parked. I was put on a top bunk and during the flight I crawled down. An orderly tried to make me go back up. I told him I had claustrophobia. The Captain told me "Come up" and asked if I had ever seen Big Ben...I hadn’t. He was going to try to get permission to fly around and he did. I was in a hospital in England over a week then to a rehabilitation center. The Battle of the Bulge had just started and if your blood was a little warm you went right back to the front. So I was sent back. Treatment in the hospital was very good."

During wartime, you can count only on two things, your rifle and the man who is beside you.

Some men were together since bootcamp and had known each other for 2 or 3 years.

Men you didn’t know 2 years ago were now among the people you loved the most, so it was difficult for replacements to find their place in a tight-knit group.

“I had not been close to anyone before I was wounded...but that changed when I came back. Sergeant Thomas J. Knox said “Tex, what the hell did you come back here for?" I said, I came to show you how to build bridges. Everyone was friendly when I came back compared to when I first came. Everybody took care of each other. I was prouder then than at any other time. I was so proud to be welcomed. I was one of them."

Trying to come back to a simple life

When World War II ended, some men decided to stay in the Army, while others resumed their former job.

“After the war I was an MP on the Queen Mary. When we reached the New York Harbor with the Statue of Liberty all the men tried to get on deck to see her. An officer said to get these men off the deck. I said, you get them off the deck. Everyone wanted to see her."

"I came back and worked for the Dixie Plant business that my father-in-law owned—we grew and shipped out plants. Then I bought a laundromat in Sadler. Then went to Ft. Worth and worked for Convair and built B36s. Later my father-in-law gave me the plant business but the trains quit running and put us out of business. I started working as a lineman for Grayson Collin Electric and retired from there."

Memories are forever etched in their minds 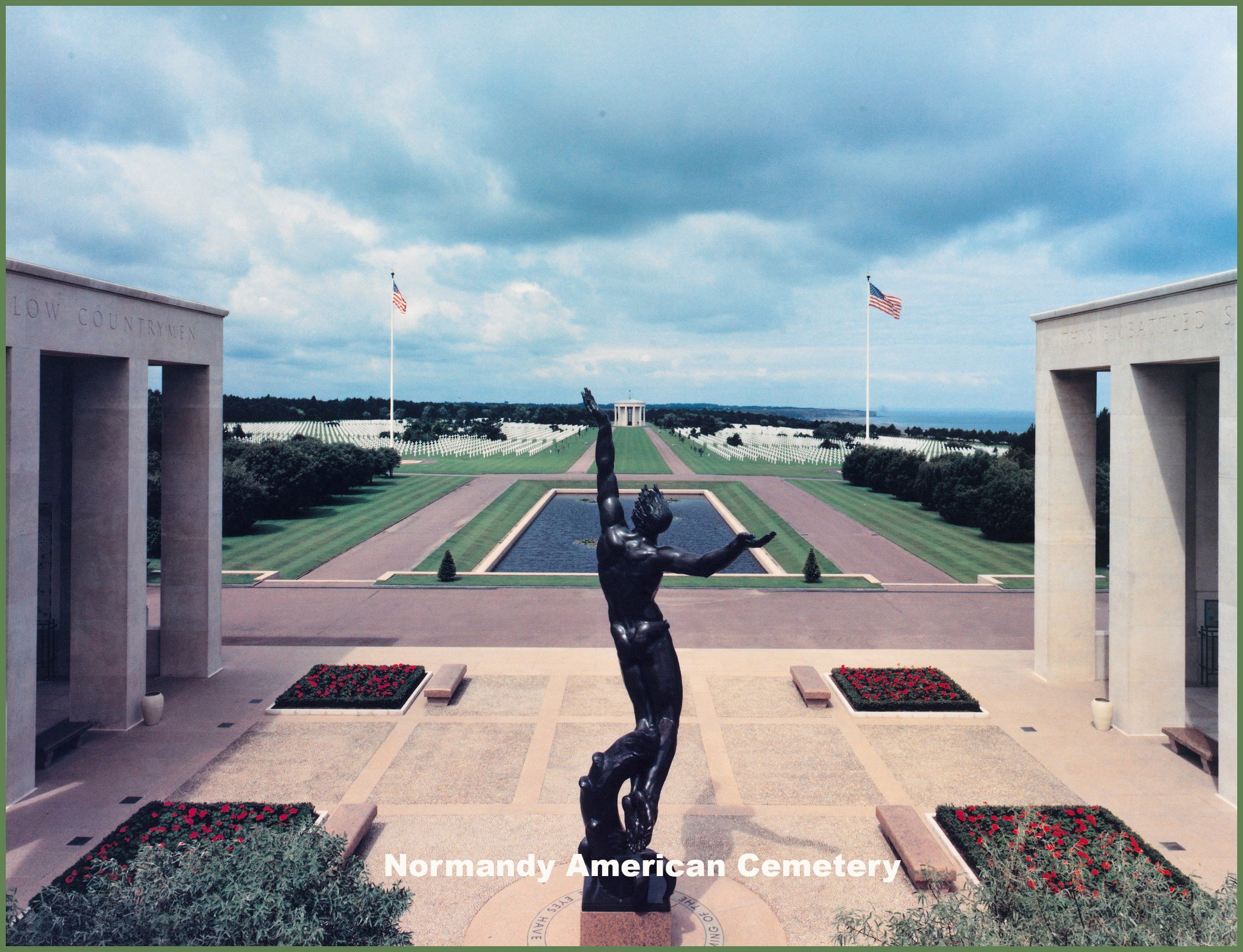 In the decades following the war, some veterans came back in Europe. But for others it was too difficult to talk about it . It has only been during recent years that some veterans share with us, future generations, what they had to accomplish to give us back our FREEDOM.

In the 90’s Weldon went back in Normandy, which became a sacred land then shared some stories with school children and also during his 297th reunions. “ Going back to Normandy was sad...the graveyards and all the white crosses."

Some civilians in France who knew or saw SS Troops do horrible things are nowadays still afraid of reprisal and don’t want to talk about it.

US soldiers made a difference between a German soldier from the regular Army known as the Wehrmacht and ones who were fanatic supporters of Adolf Hitler. "If I met a German veteran, I would talk to him, shake hands...treat him as a veteran...no ill feelings toward the common soldiers. If I met an SS Trooper that would be a different story."

It was thanks to the greatest generation that today I can write this blog. 77 years ago, thousands of men, left the US to liberate a country on the other side of the Atlantic that they have never heard of.

Normandy American Heroes thanks Weldon E. McClane for his time and service and his daughter Mrs. Vicky McClane French for her time.