During the early days of the month of August 1944, the 9th Infantry Division was fighting southeast toward the village of Saint-Pois (D-33 / D-39) with only two of its regiments.

The 39th Infantry Regiment took position there to launch an attack to the North of their position to relieve the enemy pressure on the other two regiments. The 26th Field Artillery Battalion was ordered to support the regiment and took the same positions.

Late in the night, the 26th Field Artillery still had some difficulties getting into position around Juvigny-le-Tertre .

The next day, August 6th, 1944, Headquarters and “A” Battery went into position at the North of the road East – West which passes through the village, while “B” and “C” Batteries took position at the South of the same road.

All the batteries were emplaced at the West of the North – South road running to Chérencé-le-Roussel (D-55).

During the night of the 6th to the 7th of August 1944, at 01:00 hours, Lieutenant Anthony Ponticello, 26th Field Artillery’s Front Observer was with the 1st Battalion of the 39th Infantry Regiment. While out on a reconnaissance, he spotted the movement of German tracked vehicles and tanks along the road from Mortain.

Lieutenant Ponticello worked with Captain James Flowers, Artillery Liaison Officer of the 39th Infantry Regiment, once the Germans were ahead of the 1st Battalion’s positions.

Lieutenant Ponticello called for fire and the 26th Field Artillery Battalion’s Howitzer guns started to deliver hell, firing 535 rounds on the enemy between 01:00 and 06:00 hours.

When the 26th Field Artillery Battalion’s gunners fired their shells, they were hoping to destroy the German armored vehicles, but the firing had only disorganized the enemy!

Just before the German arrival in Le Mesnil-Tôve, Private First-Class Theodore C. Schmidt, called the operator of the 26th Field Artillery’s switchboard telling him that the enemy had shelled the hamlet around midnight.

Major Johnson ordered his switchboard crew to stay there to keep in communication as long as possible with the infantry.

While the Germans deployed their troops in Le Mesnil-Tôve hamlet, men of the 39th Infantry Regiment had no choice but to abandon their guns and vehicles.

As you can imagine they withdrew making sure the guns and vehicles were out of usage: pieces of them were taken off and barbed wire around the equipment’s were set up.

The Germans didn’t stop their counterattack at Le Mesnil-Tôve, they pushed further toward the city of Avranches (D-5 about 30 km), separating the 39th Infantry Regiment of the 26th Field Artillery Battalion.

Major Johnson later testified: “The enemy attacked only with tanks and some armored personnel carriers, but if they had exploited their attack with large numbers of accompanying infantry, we would have been goners”.

Drastic measures had to be taken to salvage the men and the equipment’s, surprisingly the Headquarter didn’t inform the men on the battlefield of the upcoming strategy!

“A” Battery was selected as to be the eventual “sacrificed” battery if the enemy would overrun the front lines.

Finally it was decided to reinforce "A" Battery with a 40mm Bofors and quadruple 50mm caliber machine guns coming from "A" Battery of the 376th Anti-Aircraft Battalion.

“A” Battery of the 26th Field Artillery Battalion depressed its guns for anti-tank firing along all approaches at coordinates 520155. Men were deployed with bazookas, machine guns were taken from vehicles to face the enemy who was now 1000 yards ahead of them toward Le Tertre Robert (D-79).

In the meantime, “B” and “C” Batteries pulled South, while the Headquarters Battery was hiding as far as it could so as not to be captured if the Germans had managed to breakthrough.

Major Frederick A. Keys used the cover provided by the fog to reconnoiter at the North if the armored German vehicles were still in the vicinity.

Hiding along the road, he saw that they had already put-up signs pointing from the crossroad coordinates 523162 toward La Tertre Robert and that they were, apparently, not planning to turn South and overrun the 26th Field Artillery’s positions. 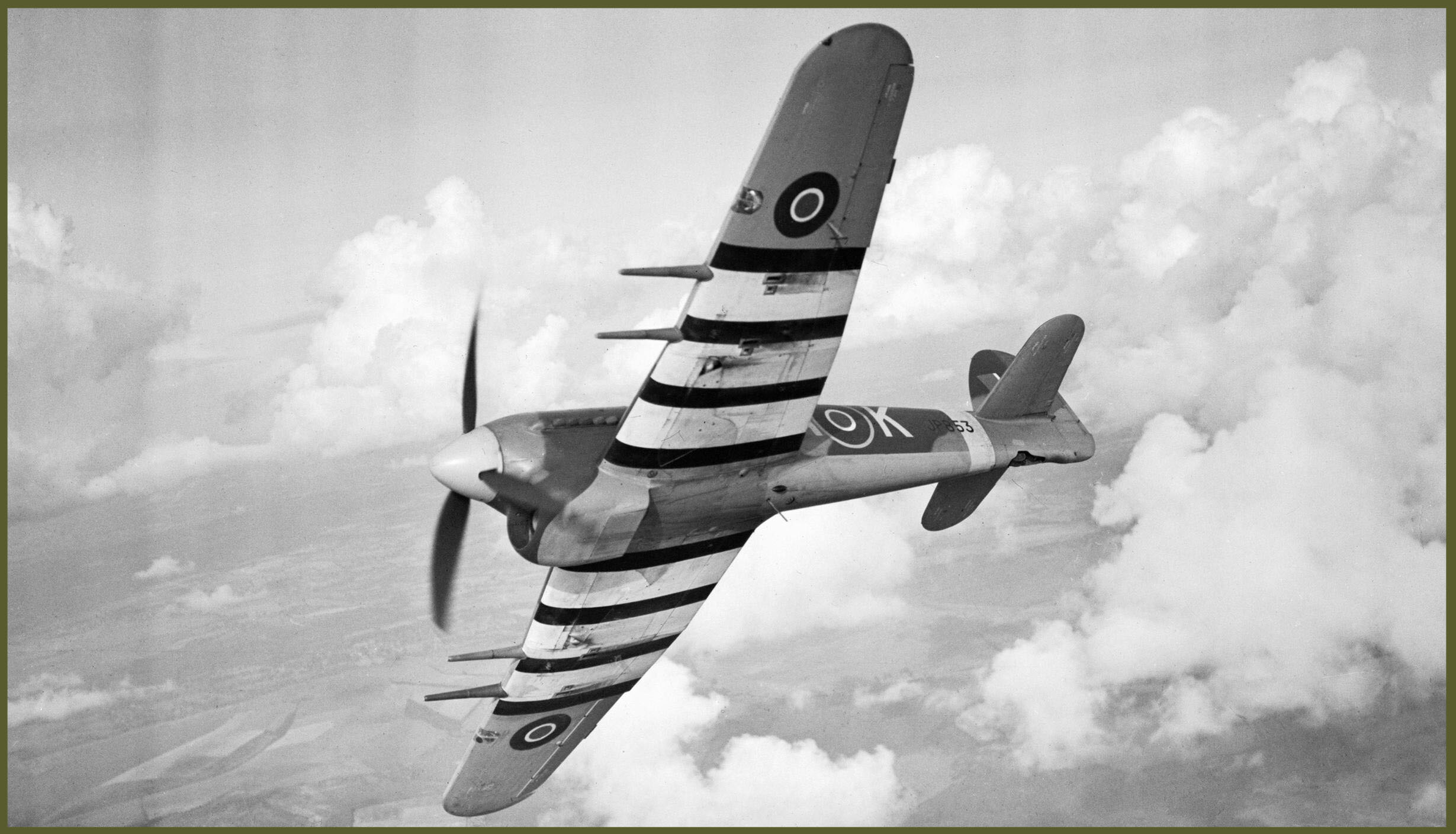 All the Artillery officers stated that the fire from the Typhoons had had more success than the 2328 rounds from the artillery!

The firing made by the 26th Field Artillery Battalion on that day remained the highest number of rounds fired, and stayed as such until the Battle of the Bulge on the 22nd of December 1944, when 3300 rounds were fired.

Note: The all-time high of fired rounds happened during the African Campaign. The 26th Field Artillery Battalion fired 5000 rounds at Sejnane, Tunisia in one day in 1943!

During the following days, the 26th Field Artillery continued to provide a supporting fire for the 39th Infantry Regiment, as of the 9th of August 1944.

At 01:00 hours the Germans made an attempt to penetrate the 3rd Battalion’s positions, the 26th Field Artillery Battalion with the 4th Artillery Division fired effectively to repulse the enemy forces.