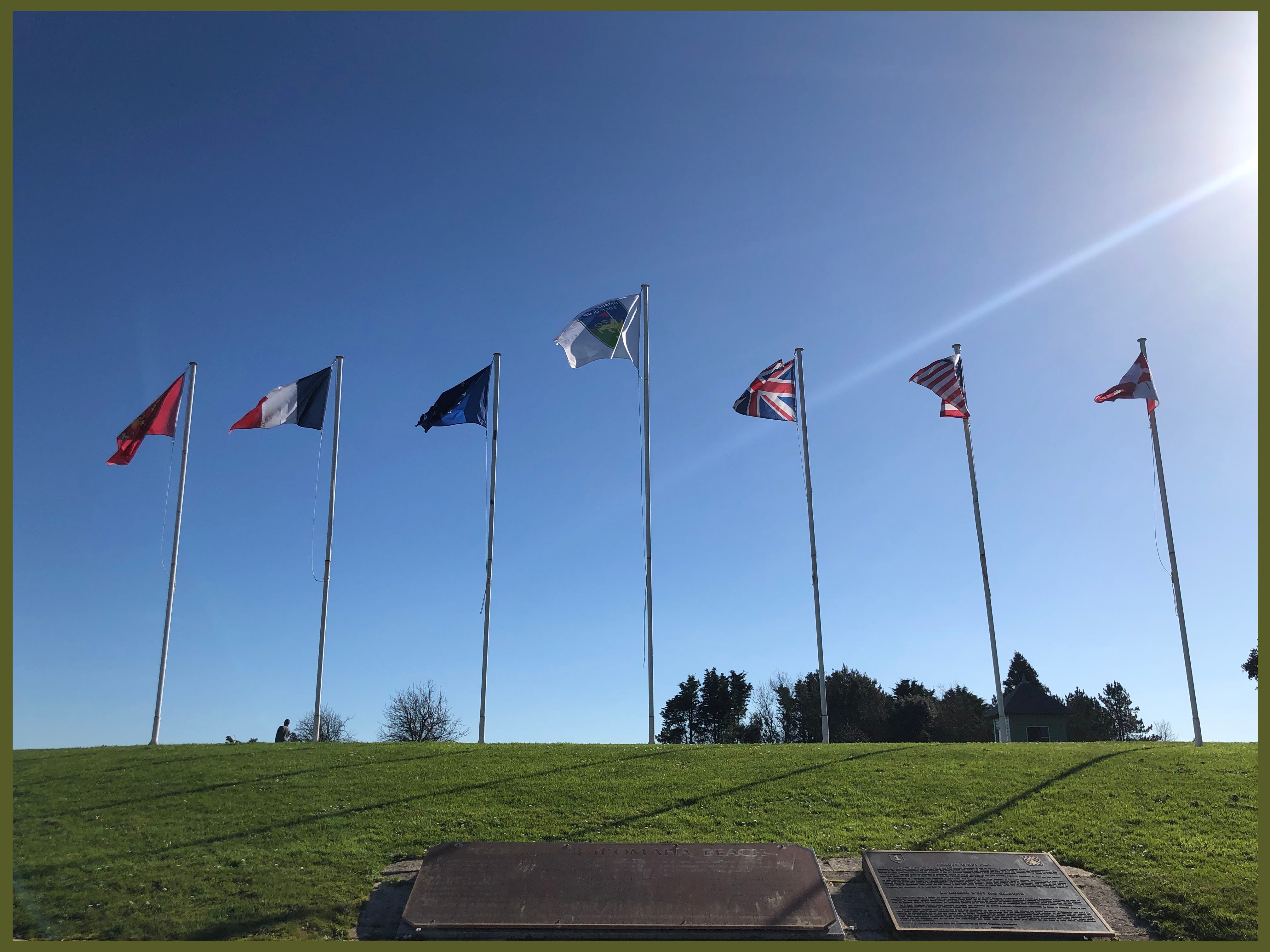 When we are talking about or hear the word “OMAHA”, June, 6th 1944, D-Day are the most common words that comes to our mind.

The 1st and 29th Infantry Divisions of the First U.S. Army landed on this beach codename “Omaha Beach” between the villages of Colleville sur Mer and Vierville sur Mer, a distance around 5 miles which rapidly became known as “Bloody Omaha” due to the high toll of American casualties. 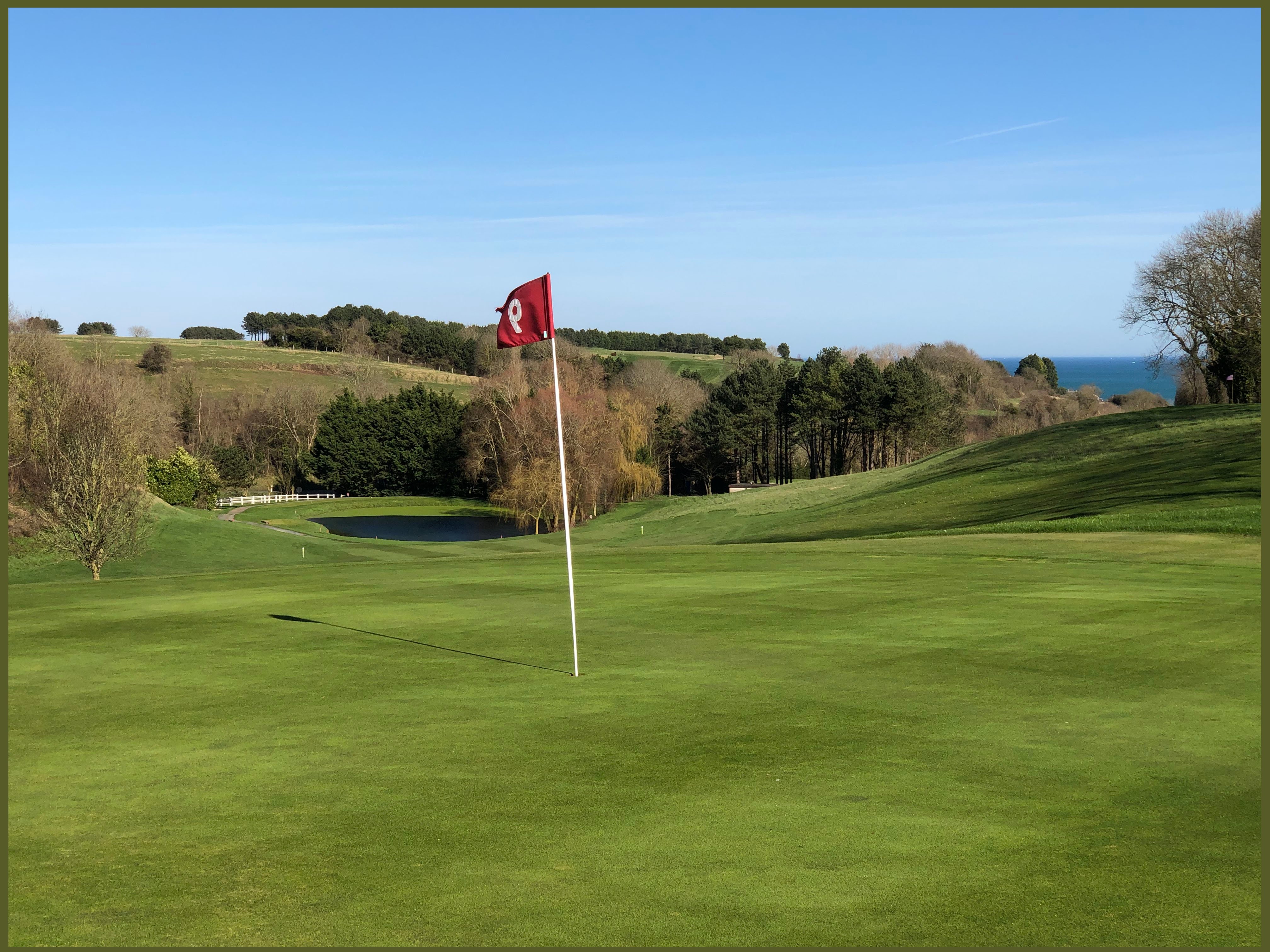 Not far away from Omaha overlooking the fishing harbor of Port en Bessin, a former farm’s fields were transformed into a Golf Course.

Back in the 50’s the Dupont Family were a farming family, their main activity being dairy cows.

Guy Dupont, the father and owner, discovered the golf in the 80’s. With his family (wife and children) all of them decided to change the activity of their farm into a Golf Course.

In 1986, Yves Bureau, a Golf Course Architect designed the first 9 holes which became the Pond Course. This first course was inaugurated in July 1986.

Guy Dupont had more ambitions. He didn’t want to be satisfied with only one course, two more additional courses were built: the Sea and the Bocage courses, plus a Club House carrying the number of holes to 27.

During the year 1994, the Golf Club had the privilege to receive the D-Day Senior Open, for this occasion the Supreme leader of the Allied Forces’ son in Europe John S. D. Eisenhower inaugurated the first hole. 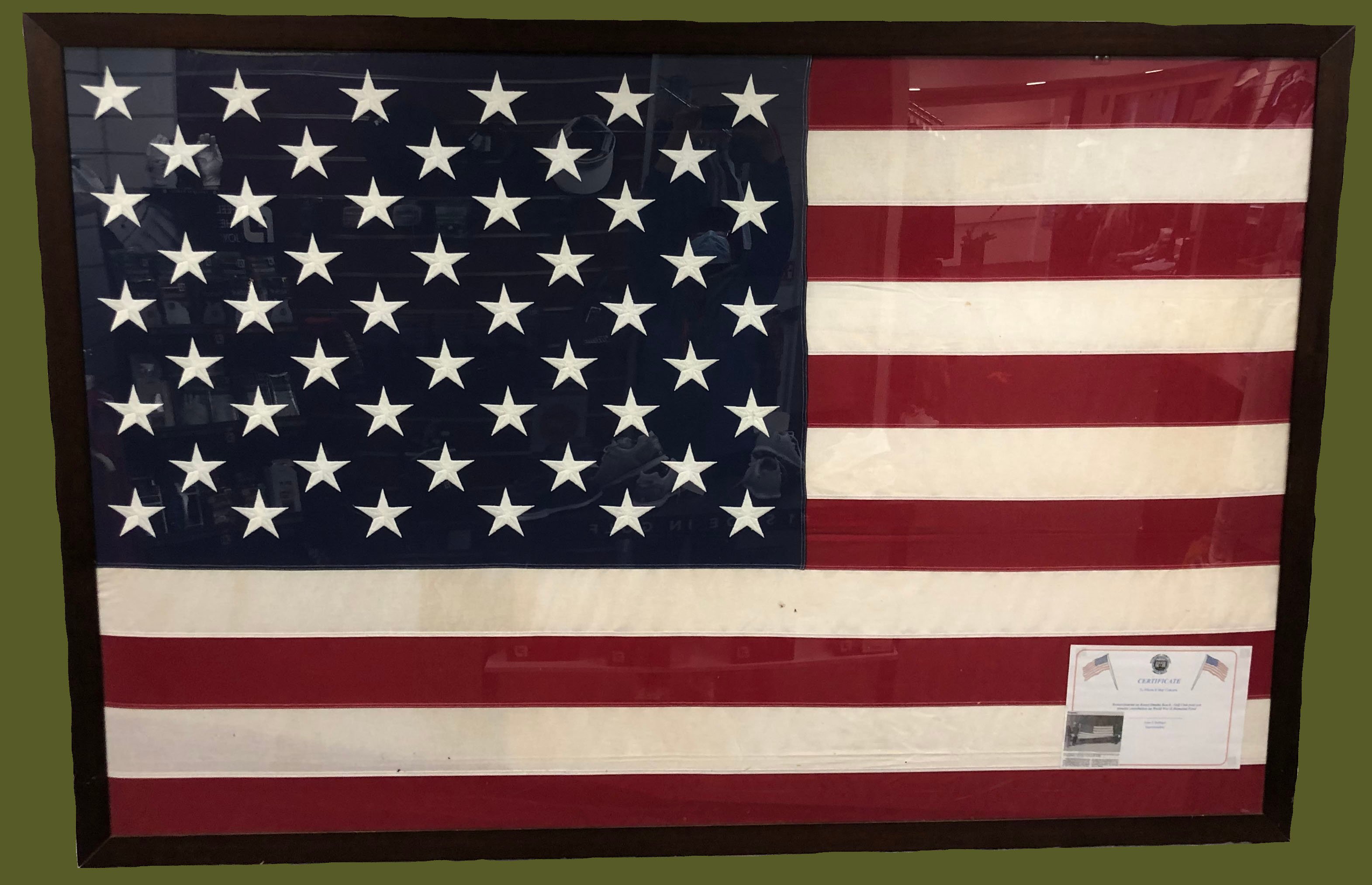 In the lobby of the course clubhouse is an American flag with a certificate from one of Normandy American Heroes guests, Ken D., former member of the Kiwanis club in Suisun City, California. The club donated the flag to the owner Mr. Thierry DuPont in the late '90s. They did that through Gene Dellinger who was the American superintendent at the Normandy American Cemetery at the time.

Over the years Major Golf Competitions were played at Omaha Beach Golf Club such as the:

In all the Omaha Beach Golf Normandy has 36 holes divided between the inland and coastal landscape. Each hole is named after a liberating American veteran (Frank Peregoy MOH resting today at the Normandy American Cemetery) or a famous battle (Fortress of Cherbourg).

For Normandy American Heroes the creation of this Golf Club has a profound meaning! Why?

As you know Omaha Beach was one of the two American landing beaches (Omaha and Utah Beach), which allowed to create a bridgehead to liberate France and Europe.

Many U.S. Officers such as but not limited to Dwight D. Eisenhower, Supreme Allied Commander,  Admiral Husband E. Kimmel, Commander in Chief of the United States Navy’s Pacific Fleet, General Anthony McAuliffe of the 101st Airborne Division who pronounced the famous word "NUTS" in Bastogne (Battle of the Bulge) and soldiers played Golf at home and even during time of war.

Golf is a sport really impregnated in the American culture, it directly participated to the war effort during the First and Second World War! i.e., Golf balls are made of rubber, the balls were broken and rubber was taken to create tires and other equipment...

What was a farm in the 60’s became over the years a Golf Course really important for the American golf players. Playing a sport really important to Eisenhower and other WWII Key Players overlooking the sea where thousands of men died for duty, is truly a real privilege!