The taking of the only deep sea harbor in Normandy, Cherbourg 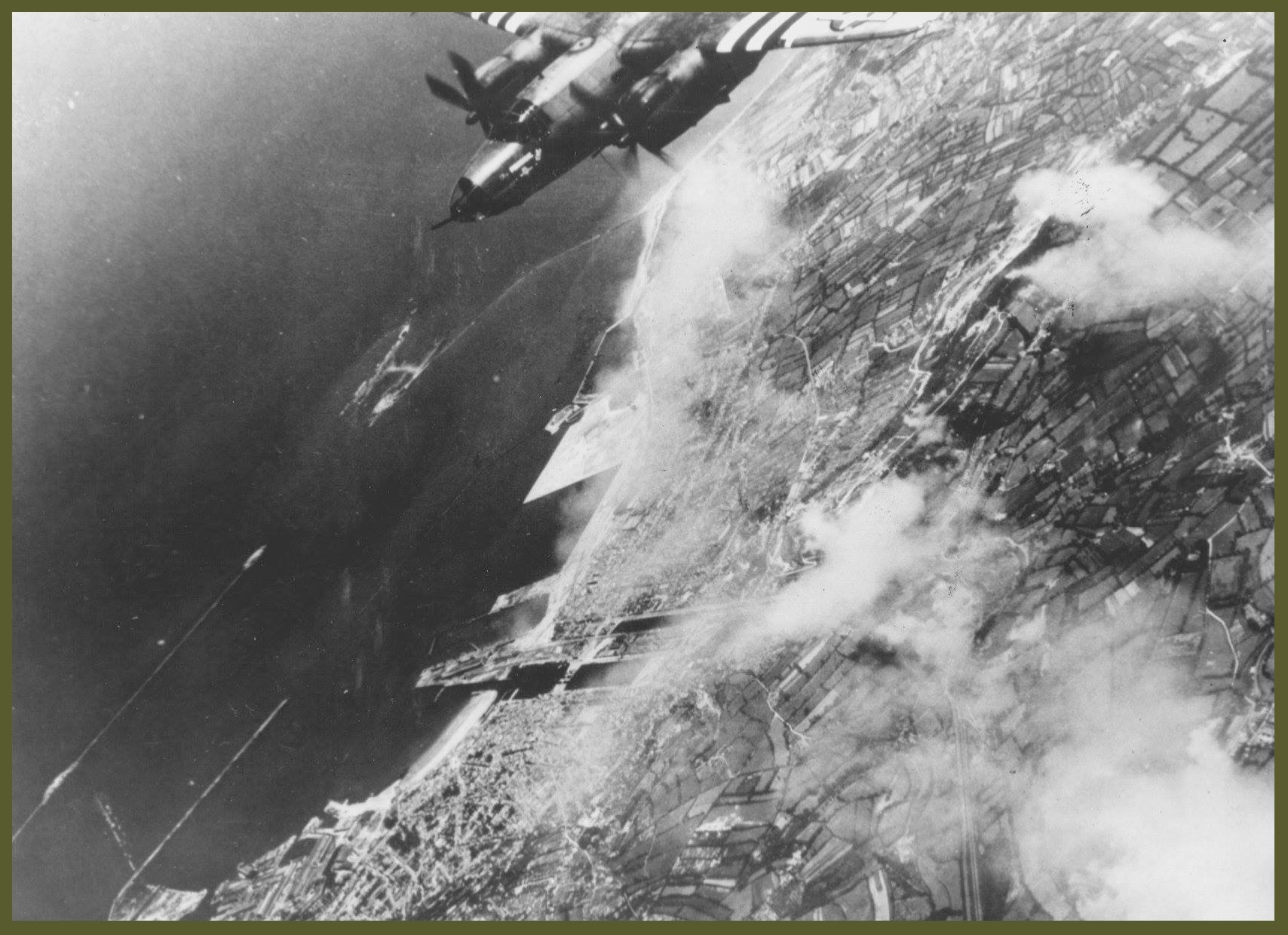 D-Day in Normandy had two main purposes: establish a beachhead in Normandy and the seizing of a harbor in deep water.

The taking of the harbor of Cherbourg would allow the US troops to bring more supplies and men to the front than the Mulberries “A” and “B” artificial harbors of Gold and Omaha beach.

The city is still today a port town, medieval forts were built during the reign of Louis XVI (French King) and of Napoléon III (French Emperor) to prevent a landing from the sea.

Normandy American Heroes propose you to discover the taking of Cherbourg from the 4th Infantry Division’s after action report perspective (AAR).

Note: the other two infantry divisions involved, the 79th and 9th will be shared later on...with three Medal of Honor recipients extraordinary feats during the taking of the Cherbourg Fortress!

After the liberation of Montebourg and Valognes cities, the Germans had no choice but to withdraw to their last line of defense...Cherbourg.

On the 24th of June 1944 the three Infantry Regiments of the 4th Infantry Division were in the outskirts of Cherbourg, precisely at Tourlaville less than three miles of Cherbourg with the mission to seize the German strongpoints.

Prisoners of war were made for the:

The 8th Infantry Regiment attacked at 10:45 hours supported by tanks. The main enemy positions were silenced at 12:30 hours.

The 12th Infantry Regiment attacked at 07:30 hours. The 1st Battalion led by Lieutenant Colonel John W. Merrill succeeded in destroying the 155 mm guns with the support of six tanks. The 3rd Battalion was supporting them by flanking fire on the left.

The 1st and 3rd Battalion of the 22nd Infantry Regiment had to hold the Germans on Hill 155, they were facing infiltrations from the enemy. The German infiltrations were so intense that they threatened the communication lines. 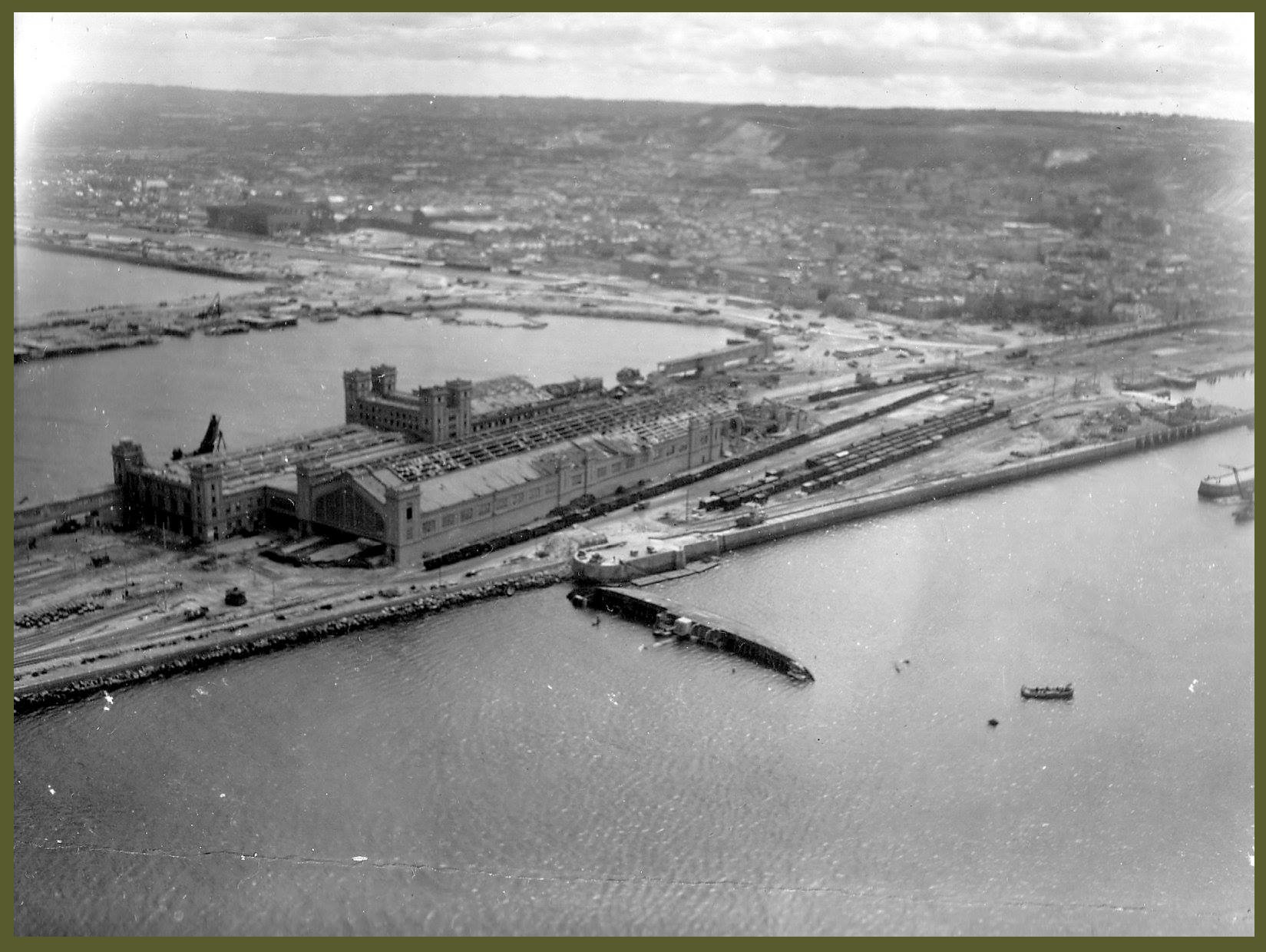 Cherbourg harbor from the sky

The 2nd Battalion was attached to the 12th Infantry Regiment to support the 1st Battalion on the right flank. At dark the 2nd battalion had pushed toward Cherbourg and was overlooking the city.

Note: Lieutenant Colonel John W. Merrill paid the ultimate sacrifice with his life during the taking of the 155 mm guns action. Major Johnson then assumed command.

The next day, the 25th of June 1944, the 12th and 22nd Infantry Regiments received orders at 05:30 hours to send patrols North to the coast line to clean it out of German resistance.

The 12th Infantry Regiment launched its attack at 09:30 hours on the Fort des Flamands at the North of Tourlaville, two white flags were seen but not one enemy in sight! The resistance met by the men of the 1st Battalion were shells from mortars and 20 mm guns fired from the fort wounding Staff Sergeant Dunn, five other soldiers and destroying the radios.

Tanks were brought in the frontline by the orders of the Battalion Commander, Major Gordon F. Johnson and the enemy (around 400 men) finally surrendered at 13:30 hours after intense fighting. 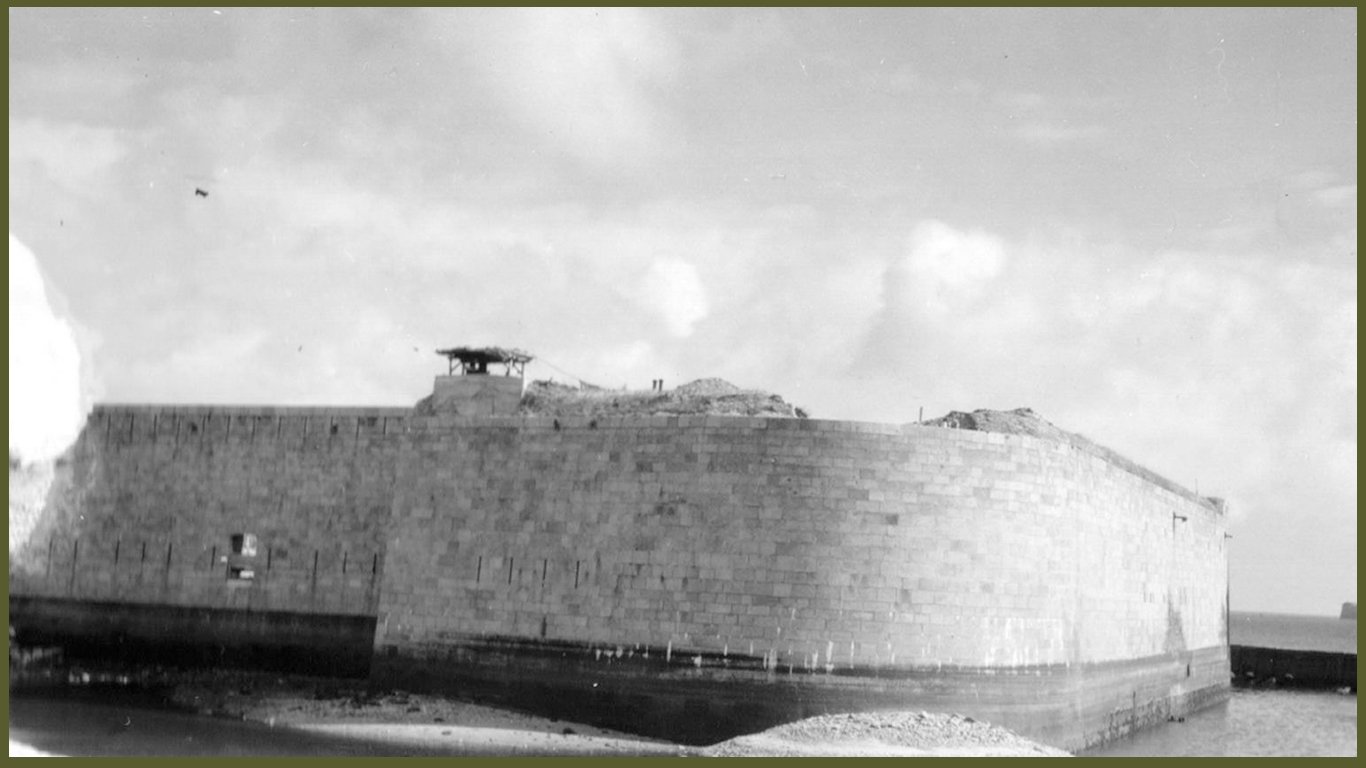 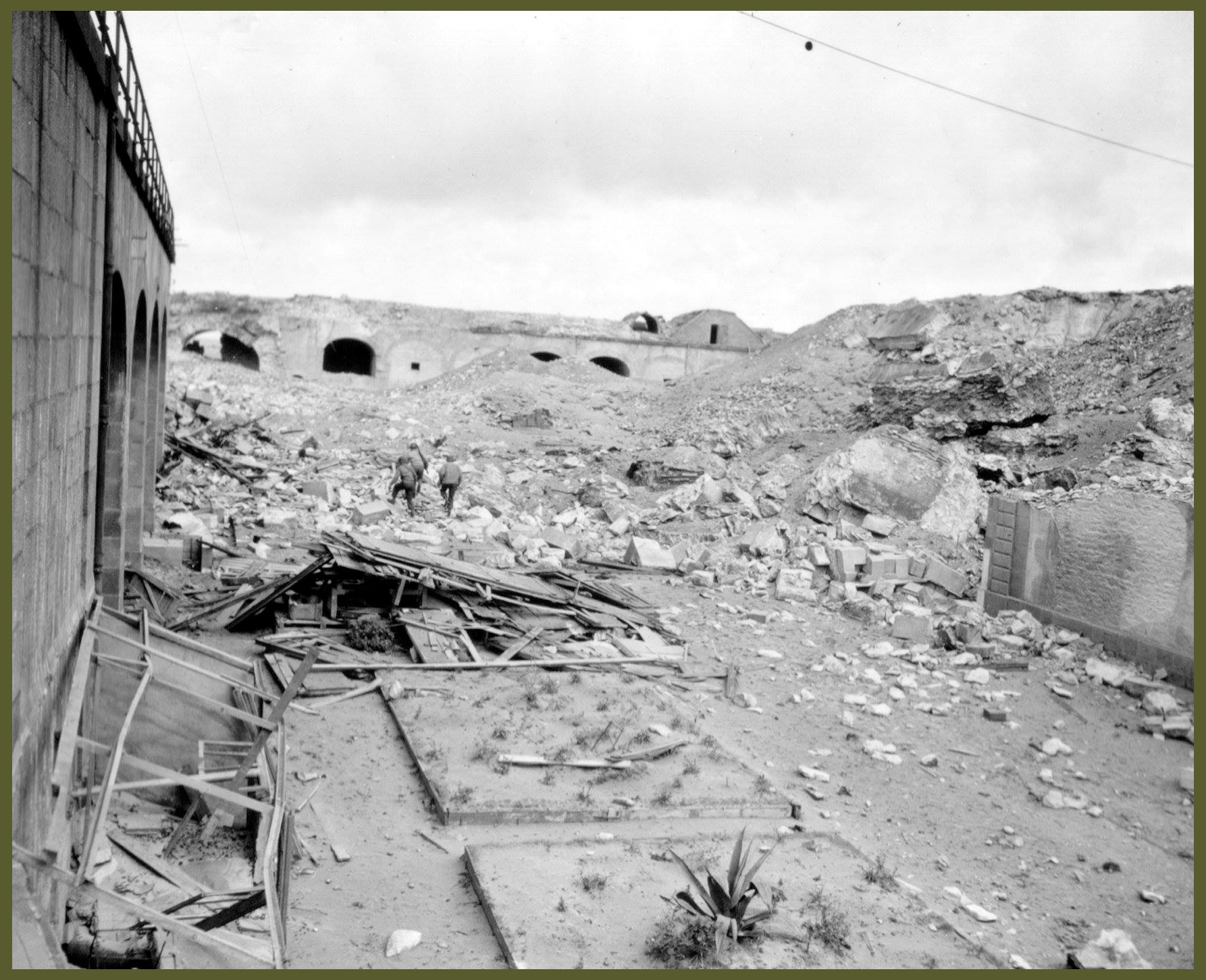 While the 1st Battalion was fighting at the fort, the 3rd Battalion were at the West of Tourlaville precisely in the Bourbourg quarters, about 1/2 mile to patrol along the coast line.

Colonel James S. Luckett decided to get back to his regimental CP where General Raymond O. Barton and General Theodore Roosevelt Junior were. The three men, with their glasses trained on the streets were watching for the first sign of “street fighting”.

The 2nd and 3rd Battalions reached the street of Rue Étienne Dolet and continued to advance to Rue de La Bretonnière, about 200 meters, in the 79th Infantry Division’s sector. In the meantime, a woman who proved to be member of British Espionage assisted the 1st Battalion gravely by supplying much desired information about the enemy positions in the city.

During the night of the 25th to 26th of June 1944 the Germans were busy trying to destroy, with success, all the installations of Cherbourg, such as but not limited to: 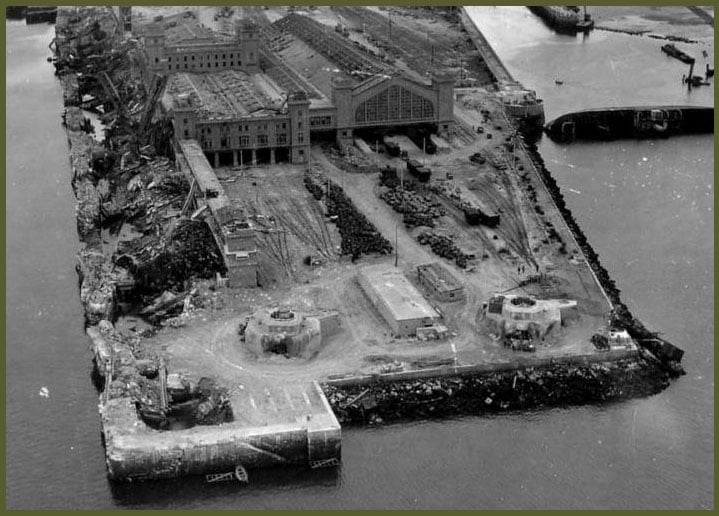 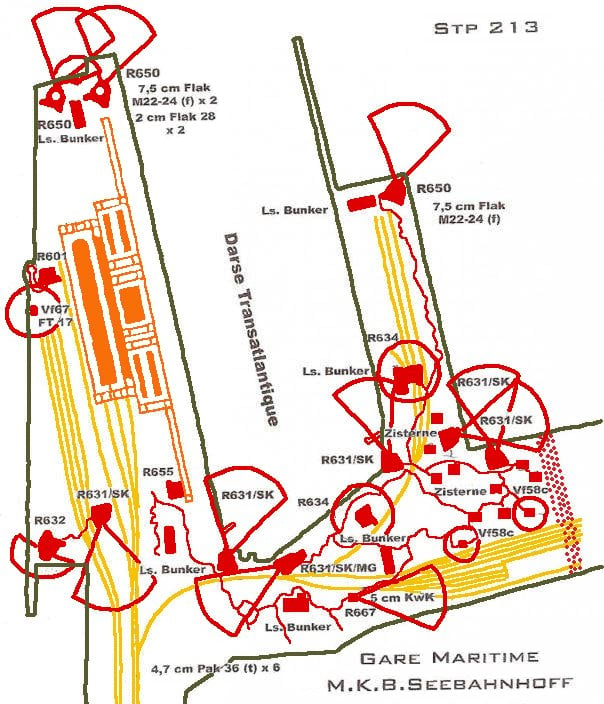 On the 26th of June 1944, the 2nd and 3rd Battalion of the 12th Infantry Regiment made contact with elements of 79th Division.

The last days and hours of the fighting for the men of the 4th Infantry Division were the hardest, the men were fighting in cleaning out street by street, house by house under well hidden enemy snipers fire.

Elements of the 22nd Infantry Regiment attacked the airport of Maupertus-sur-Mer in the morning, difficult fighting were awaiting them there. The German commander considered the airport as the center of the last defensive ditch for the Germans who might be separated from their units. About 1000 Germans, well prepared were surrounding the airport in their concretes strongholds, most of them captured were very young.

As for the 1st Battalion, it succeeded in the taking of several fortifications at the South of the airport.

On the 27th of June 1944, the 1st and 3rd Battalions of the 22nd Infantry went North of the airport against the remaining fortifications which were the battery of Osteck and some gun positions on Cap Lévy. The battery fell at 23:30 hours, its commander Major Friedrich Küppers showed on a US map where his lines of defense were. That morning, approximately 900 Germans surrendered.

The job was not over yet for the 4th Infantry Division. The enemy was still holding the electrical minefield in the harbor and four forts:

didn’t surrender yet. It will take two more days to obtain the surrender of the last German defenses.

Fort de l'Est, Fort Central and Fort de l'Ouest were the last to fall due to the powerful American artillery. At the end of the battle for Cherbourg the city was just a pile of ruins, the harbor was jammed with debris and mines, it was rendered useless. 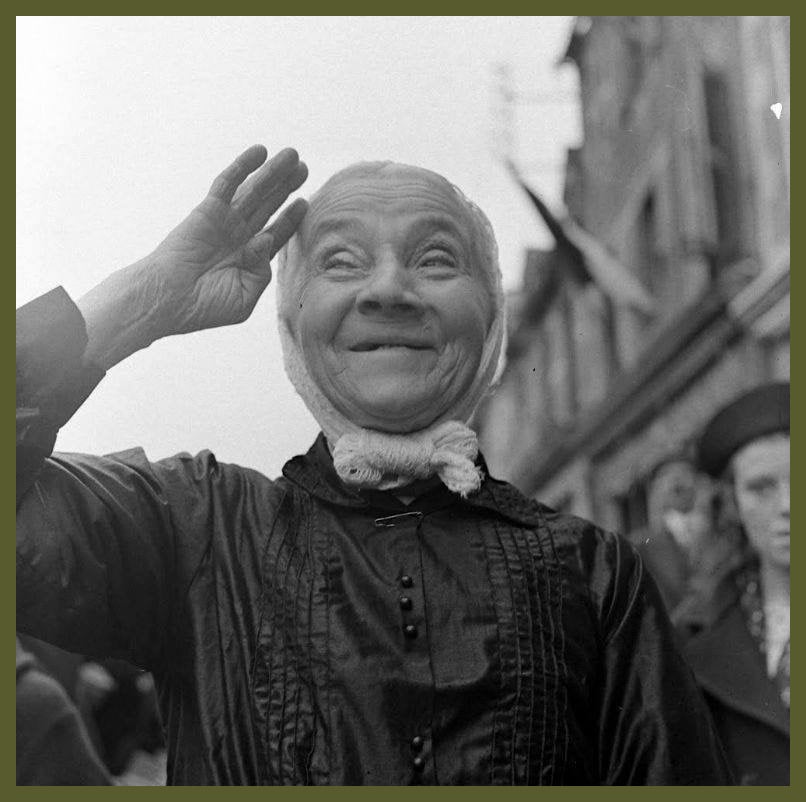