While the 1st Battalion of the 22nd Infantry Regiment of the 4th Infantry Division was attacking Crisbecq battery on the 7th of June 1944, the 2nd Battalion was fighting to take Azeville battery.

The attack of Azeville Battery was pretty much the same as the strategy put in place to take down Crisbecq Battery by the 1st Battalion.

The initial attack went well, the first pillboxes were destroyed, machine gun nests knocked out, but the main emplacements were another matter. They absorbed all the weapons of the assault without suffering any serious damage.

The Americans losses were growing up due to the heavy fire from the rear but also from the concrete emplacements. The men of the 2nd Battalion as the men of the 1st Battalion at Crisbecq were disorganized and were ordered to withdraw.

During the night of the 7th of June, the 2nd Battalion moved back to their initial frontline. The Germans counterattacked them but were stopped by the American Naval fire, and the proud survivor of Pearl Harbor, the USS Nevada! 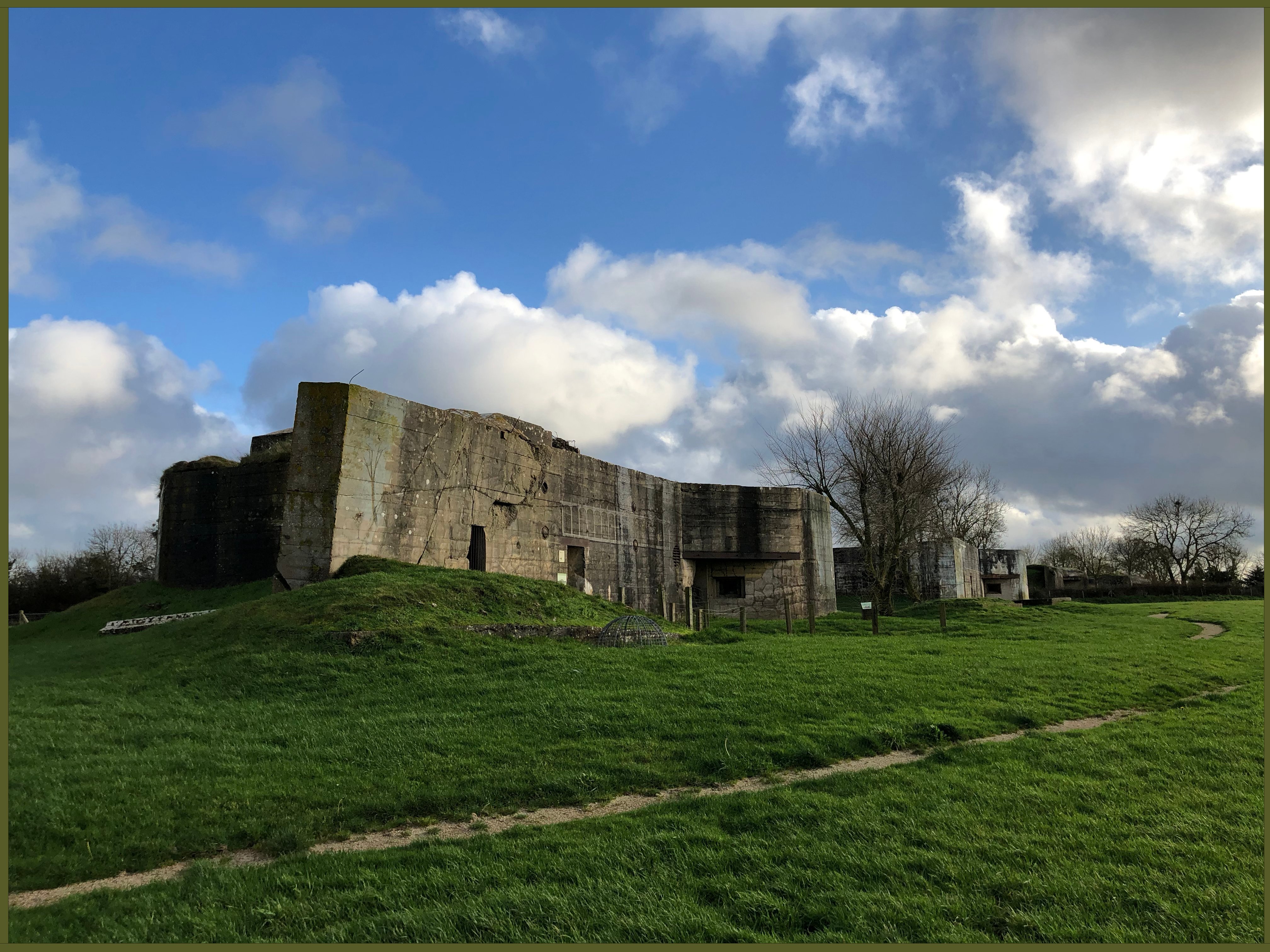 On the 8th of June the 2nd Battalion resumed its attack on Azeville Battery but the events were the same as the previous day. But Azeville had to be taken! It was able to block the advance of the 4th Infantry Division in the Cotentin county with its 105 mm Howitzer guns which could shoot up to 12 km (7.5 miles).

On June 9th, 1944 the 3rd Battalion of the 22nd Infantry Regiment was ordered to attack Azeville. The force of this battalion was split up with Company “L” on the West to take down the village from the side opposite the fortifications to take out the enemy reserves then to support and protect the flank of Company “I”.

In the meantime Company “I” went North and approached Azeville battery from the rear. Both companies were covered by artillery fire and Company “I” had the support of a platoon of tanks.

Around noon, Company “I” reached the first German pillboxes but were separated from them by a minefield and barbed wire. After succeeding in crossing the minefield, the first pillbox was silenced by small arms fire and the others two were silenced a couple of minutes after. The main menace was ahead of the men of Company “I”, the main emplacements (massive concrete structure) were protected with guns, and machine guns, all connected by tunnels. Men were under mortars and machine guns fire but it was not heavy due to the direction of approach planned by Company “I”. Needless to say that the Germans were taken by surprise as well by the attack of Company “L” on the other side. 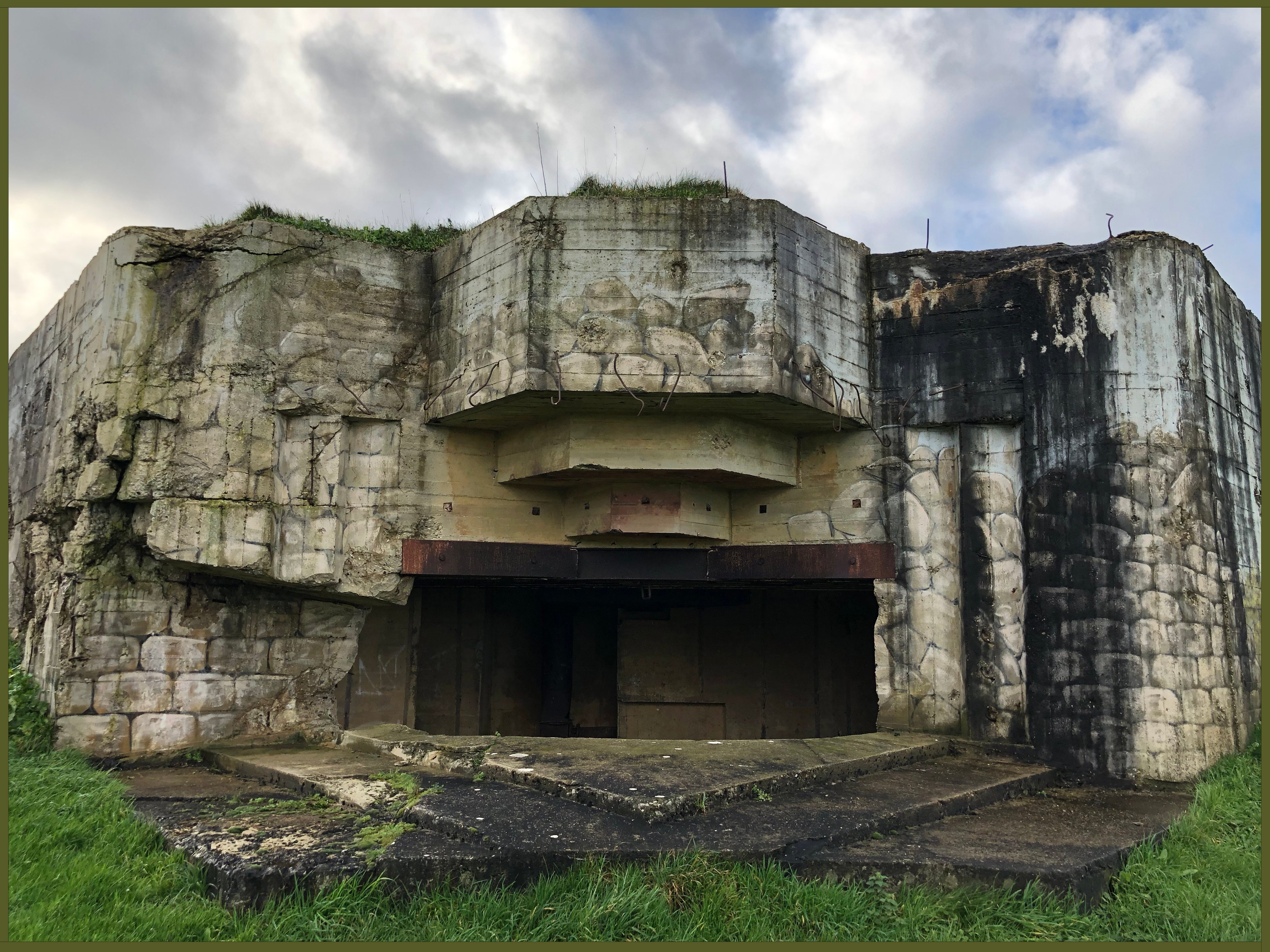 Captain Joseph T. Samuels ordered to concentrate firing on the nearest emplacement, precisely on the most vulnerable spot which was the door, but as the door resisted this idea was abandoned in favor of an assault team.

The use of the flame thrower was ordered by Captain Samuels. Private Ralph G. Riley, a flame thrower operator stood out in a heroic act. Why? With four German machine guns shooting at him at the same time he ran toward the casemate! He tried to lit up his flame thrower to no avail...then found the solution of pouring the fuel under the door but he failed in blowing up the door and withdrew.

Captain Joseph T. Samuels had no option left, he just had to wait for Company “L”’s arrival when all the sudden, against all odds, the door of the emplacement which had resisted to the flame throwers and to the TNT blew up…….! 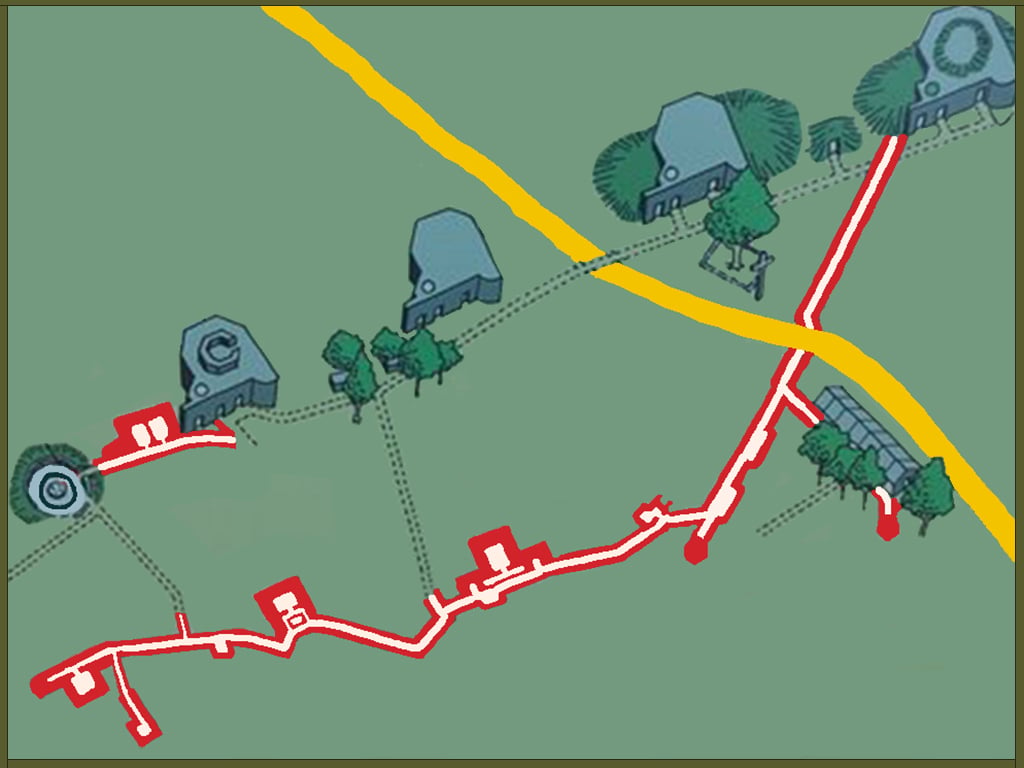 Azeville battery, as you can see on the map, had four pillboxes for  four 105 mm guns with approximately twenty machine guns spread out to defend it.

Note: on D-Day one plane was shot down by one of the anti-aircraft guns

Thick concrete walls (in red) protected the underground passages which connected all the pillboxes of Azeville battery.

Note: the doted lines are the tunnels which have yet to be excavated

Each pillbox consisted of a firing room, two ammunition storage area, a commanding post which was the nerve center of the bunker equipped with telephone and radio lines. Two guards were posted in each pillbox day and night.

Last but not least, the Germans were master in the art of warfare! Each pillbox was painted to simulate the façade of a Norman house built in stone!