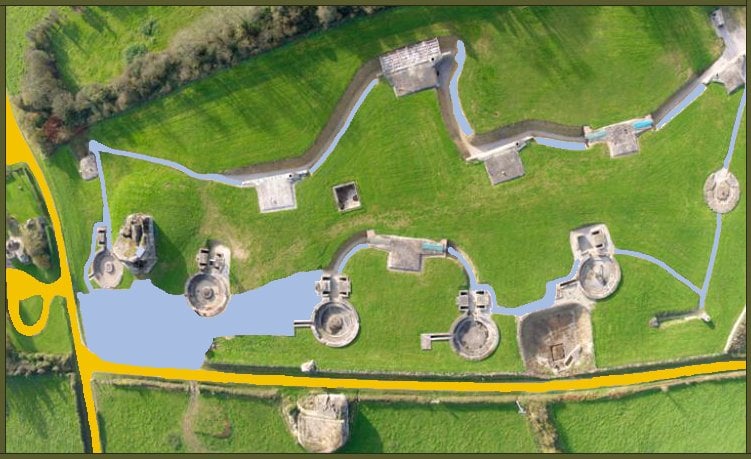 By night fall on June 6th, 1944 the 1st Battalion of the 22nd Infantry Regiment of the 4th Infantry Division which had landed at Utah beach on D-Day, spent the night in the vicinity of Saint-Germain-de-Varreville.

This battalion made slow progress during the day due to the swamps, sunken roads and enemy sniper fire.

At 10:00 hours the next day, with Companies “ A” and “B”, the battalion resumed its advance toward the hamlet of Dodville (D-15). Suddenly a considerable artillery fire and machine guns fire fell on them, the men of the 1st Battalion had just made their first contact with the enemy outposts defending Crisbecq battery.

The village of Saint-Marcouf fell at 11:00 hours and the Germans withdrew by leaving behind them snipers to slow down the American advance.

The 1st Battalion continued its advance within 100 yards of the road through Crisbecq to the coastline. At this point the men were under intense artillery, mortars and machine guns fire on both flanks. Companies “A” and “B” were leading the assault but without any weapons to enable them to attack efficiently the fortifications.

Around 15:00 hours, Company “C” was ordered to join the frontline, and the three companies encountered heavy casualties due to the heavy enemy fire.

While Company “C” was moving toward the German emplacements, the Germans counterattacked on the left flank. Lieutenant Bernard Sheehy, commander  of the third platoon of “B” Company was stopped by the German counterattack on the left while he tried to attack. From this moment Lieutenant Colonel S. W. Brumby, CO was wounded and turned the command over to Captain Tom Shields of “A” Company.

Captain Shields ordered the 1st Battalion to withdraw around 16:00 hours because the position was highly dangerous, which led to total disorganization! Nineteen enlisted men and Lieutenant Gino Valenti (Company “A”) got lost during this movement.

Note: The American records state the soldiers were captured by the Germans

The Battalion withdrew to the village of Saint-Marcouf then back to the departure line. During the night of the 7th to the 8th of June 1944 the Germans continued to fire with their artillery on the 1st Battalion of the 22nd Infantry Regiment but the Americans retaliated with their own artillery.

Nevertheless the German soldiers took advantage of their artillery fire to reoccupy the village of Saint-Marcouf.

On the morning of the 8th of June at 10:00 hours, the 1st Battalion counterattacked! The Germans were holding Saint-Marcouf with small arms fire and had no choice but to withdraw in view of the Americans ferocity by leaving snipers in the church steeple.

A couple of minutes before the final assault, Naval, mortars and artillery fired on the Germans to allow the men to reach their lines lost the previous day. 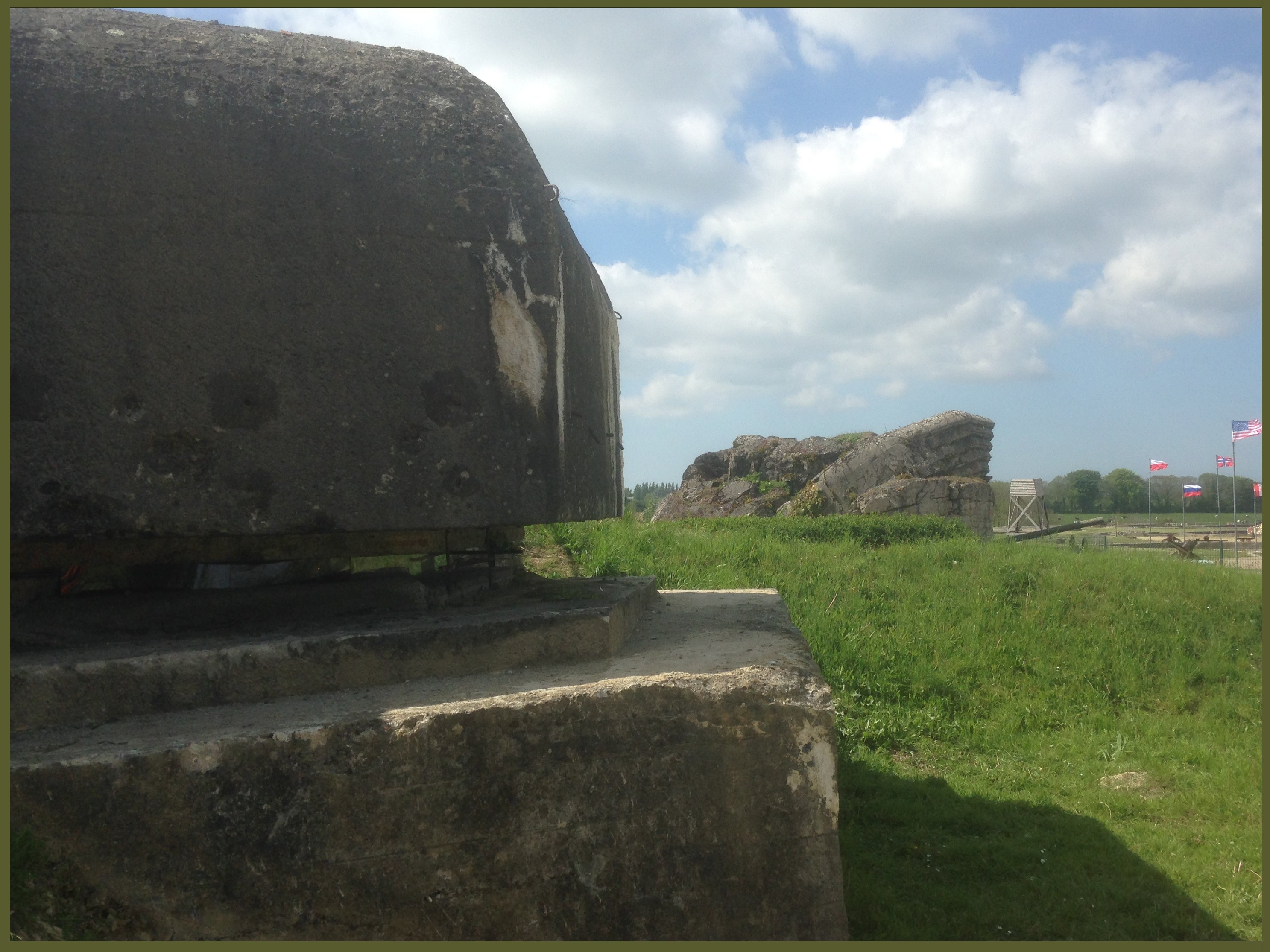 Company “C” was leading the attack and blew up two gun emplacements while Companies “A” and “B” were in support on the left and right flanks when all the sudden, the Germans opened up violent and intense fire from guns along the coast and inland fortifications (Azeville German batteries - 105 mm Howitzers).

All three Companies were totally exposed and suffered heavy losses. Captain Shields of Company "A" and two other of his officers were wounded, three officers of Company “C” were killed and Major Neal, the Battalion Commander was wounded.

The weapons and equipment of the battalion were inadequate to attack this kind of fortifications. Then the same scenario as the previous day repeated itself, the Germans counterattacked on the left flank and the Battalion had no choice but to withdraw. A feeling of resignation started to emerge and the men started to believe that the invasion was a failure.

The men of the 22nd Infantry Regiment made unsuccessful attacks on Crisbecq and finally decided to bypass it on the left. They headed North toward the village of Ozeville (D-42) on the 10th of June.

During their movement on the left flank of Crisbecq Battery, men passed by the Château de Fontenay (D-69) which was still held and well defended by the Germans. But as for Crisbecq the attack on the Château was unsuccessful!